NOTE: If you haven't already done so, please register with One Foot Down before voting--this helps cut down on "drive-by voting". Don't forget to vote for the other matchup!

Click here to vote on our other Final Four matchup!

(2) The Snap Height is the other half (along with (21) Take and score) of the 1-2 punch from the season's first TSW column. (Remember that?) It serves as a fantastic witness to the OFD community as a whole; not only was the then-new TSW idea embraced immediately by the commentariat, but it was subsequently perfected in the hilarious juxtaposition of a perfectly-timed photo with a classic meme. 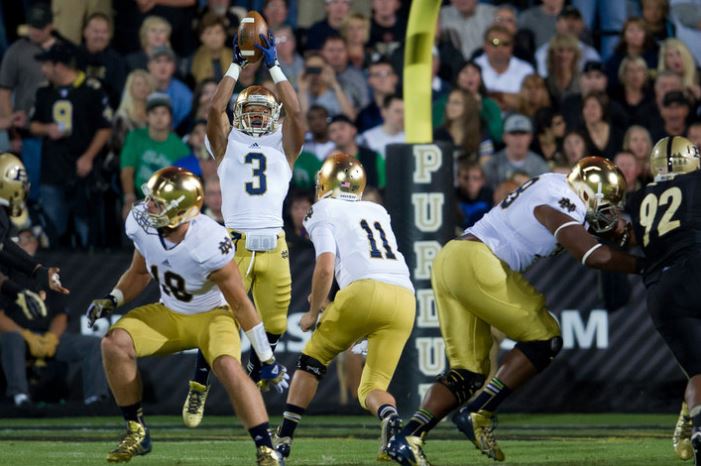 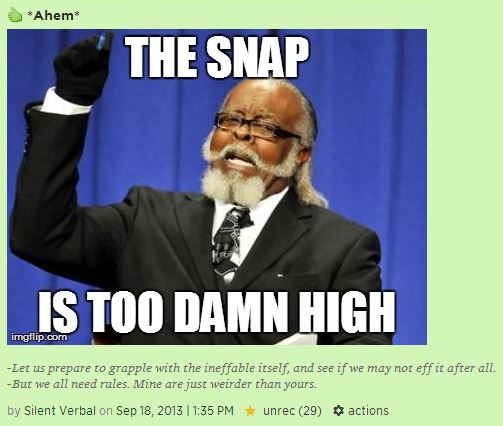 (3) Colonel found EG!, he of the 855-47 victory. [NB: I already addressed this thoroughly in the Final Four article, so please try not to let your thoughts on that round influence your vote this week!] The "Crazy Colonel" and He Who Shall Not Be Slept Upon kicked down the tournament's front door by winning the last week of the TSW regular season, and they've been tearing down the warpath ever since. At its core, this entry does a top-notch job of representing the (near-)universal belovedness of the Fighting Irish: a team that inspires passion and joy in the hearts of God-fearing and football-loving folks across the land. 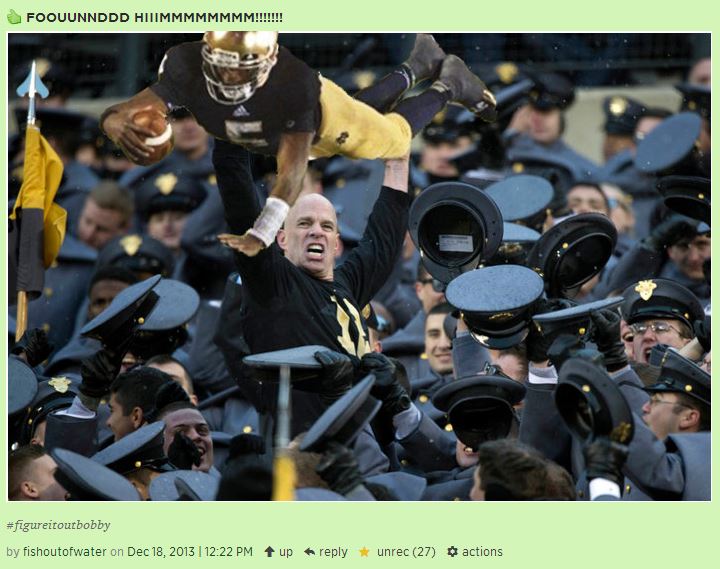