TSW Playoffs I: Deal With It vs. Skyscraper Lunch

Share All sharing options for: TSW Playoffs I: Deal With It vs. Skyscraper Lunch

The highest-rec'd entry in this tournament, (15) Deal With It was one of many takes on what was going through Cam's head during his famous impromptu photo-op. However, if sunglasses had magically appeared on his face when it happened, then we may have had an even more epic sports photo...

(18) Skyscraper Lunch. Not so much a caption as much as a bit of artistic license taken with Cam's epic pose, this entry shows that Cam's utter calm and poise is just as impressive today as it would have been 75 years ago and 100 stories off the ground. 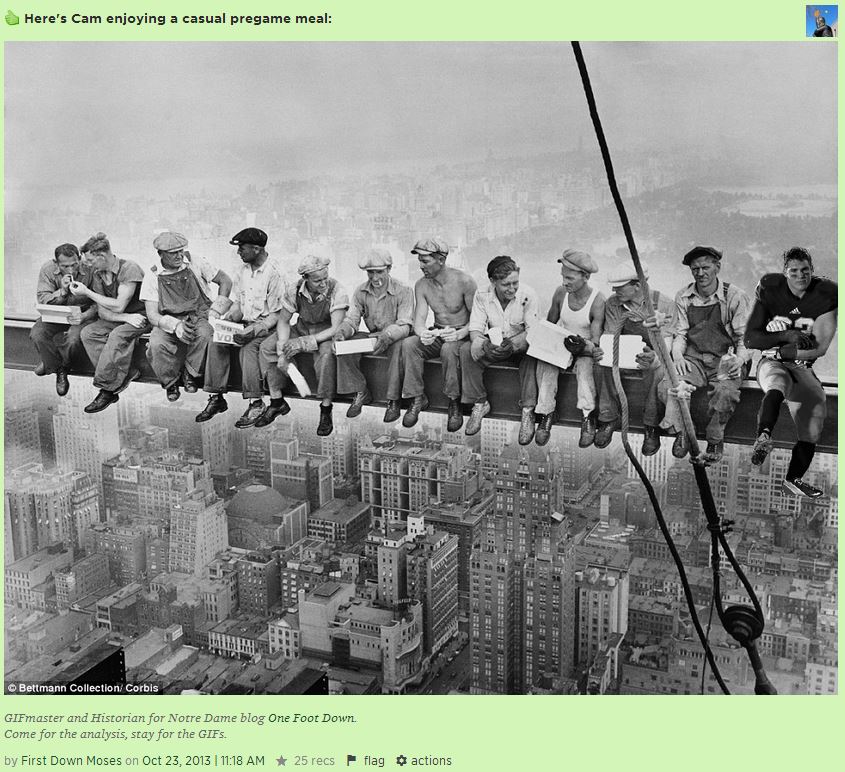