Fundamentals. We all know that championship programs are built on fundamentals. When it comes to defense one of the most important fundamental skills is tackling. It doesn't matter if you're in Canada or in Baylor, you have to tackle well to be a great defense. In this installment of Iso Cam we break down Sheldon Day's (# 91) missed tackle against George Atkinson III (#4). Let's take a look at the film 'eh'. 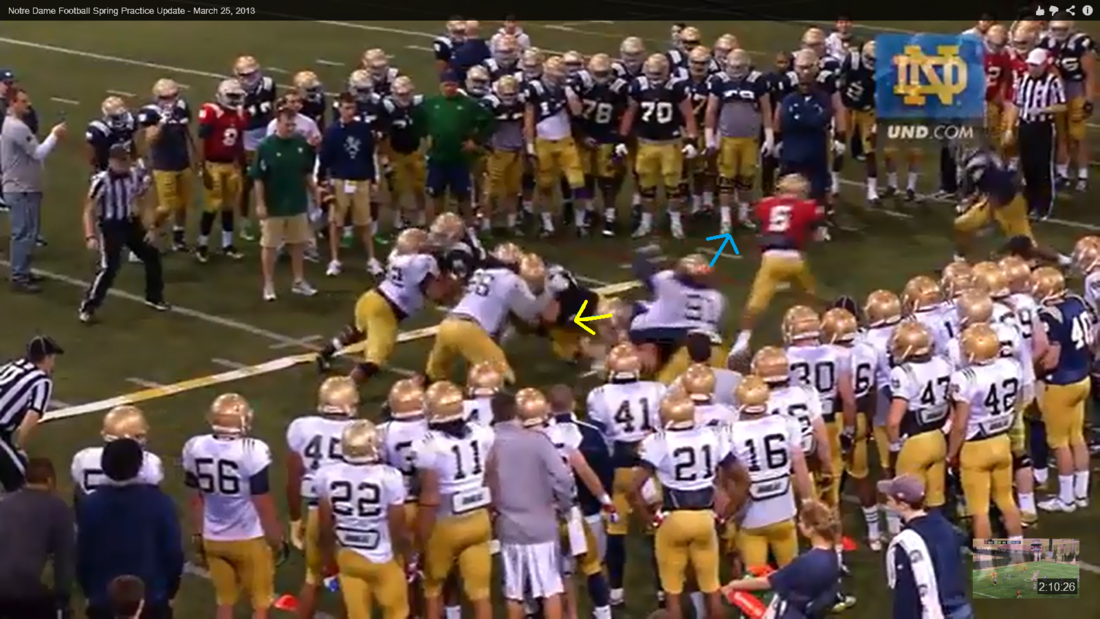 In this three on three drill Sheldon Day is matched up against Matt Hegarty (#77). Hegarty is too aggressive coming out of his stance which makes him "top heavy" and susceptible to a quick move. Day uses a textbook club technique to re-direct Hegarty's initial attack down and away from him (shown by the yellow arrow). He completes the move by using a swim technique to get over and around Hegarty.

This clip illustrates why the coaching staff has been so impressed with Day's ability to get off blocks. This is a big time move. At this point, Day is in very good position to make a tackle if he continues in the direction of the blue arrow. 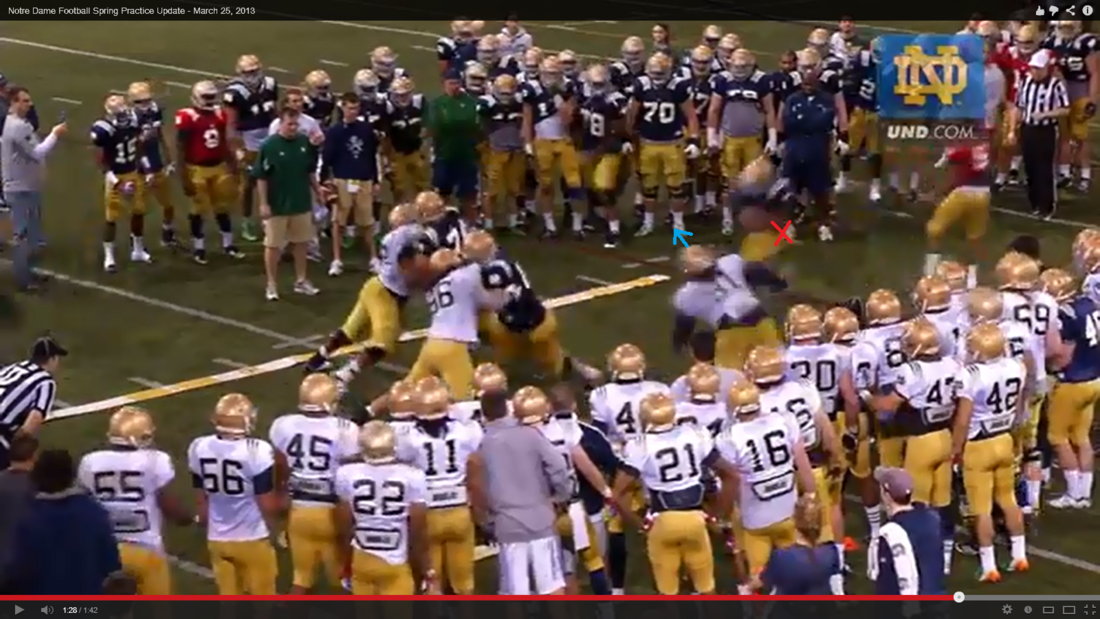 This is where things break down for Day. His angle should take him towards the red X on GA III. In a perfect world, Day's right shoulder would make contact somewhere near the X. If Day takes this angle GA III doesn't have much in the way of options, his only choice is to continue on the path he is currently on. 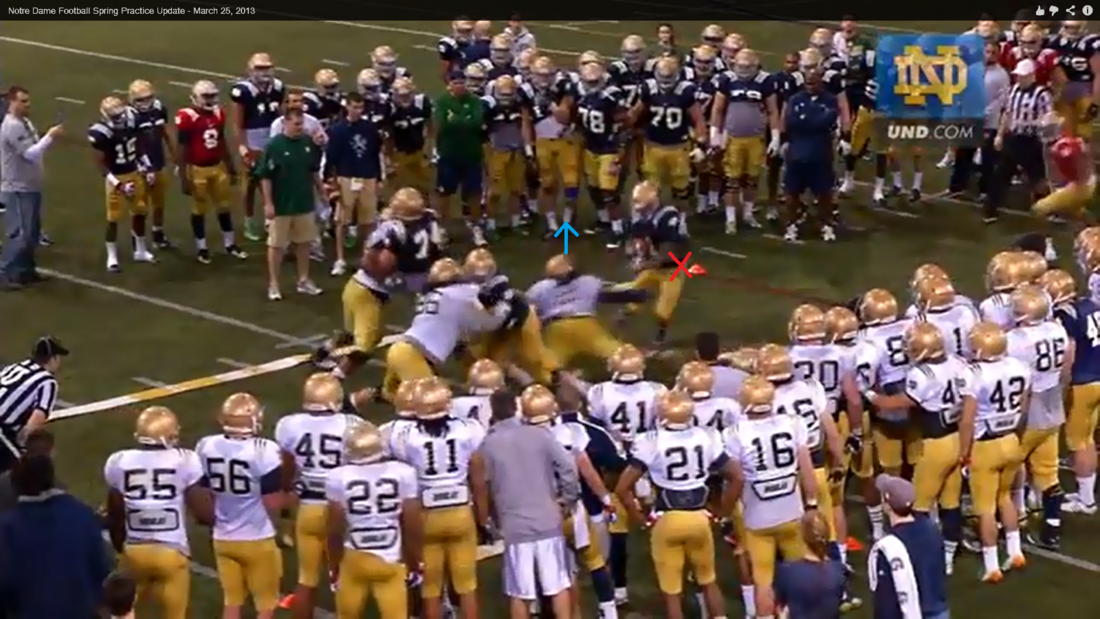 By this time you can see that it is all over but the crying. GA III is about to make a jump cut (yes, a jump cut!) and Day is falling to the ground grasping at air. The correct angle would have been to continue on a path towards the red X on GA III. Check out the clip below to see the play at full speed. Also watch Zack Martin's (#70) reaction. It's awesome to see the big fella so excited.

This is part of the evolution of a young player. Flashes of brilliance followed by stunning inconsistency. Sheldon Day makes an incredible move to defeat the block and follows it up with a poor angle that leads to a missed tackle. Put in Canadian terms, Day does a great job of foraging, but not such a good job of mauling.