QB #10 Drew Pyne will make his first career start for Notre Dame this Saturday against Cal. I thought it was a perfect time to look back on the history of quarterbacks that have worn the number 10 for the Irish and try to draw some comparisons that probably have no meaning whatsoever.

Drew Pyne made it known that he chose #10 as a tribute to Notre Dame's star QB from 2003-2006, Brady Quinn. It was only fitting that Quinn was on the field as a Fox Football analyst when Drew Pyne threw his first career touchdown at Soldier Field in 2021 as the Irish came back in the 4th quarter to take down Wisconsin 41-13. 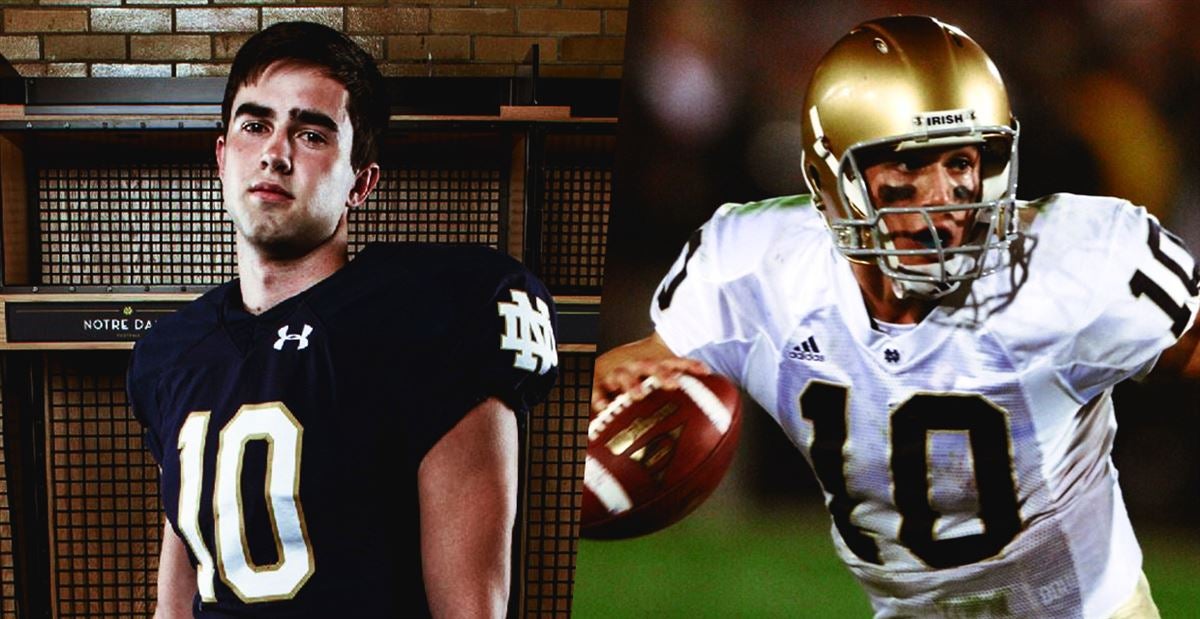 Let's all hope that Drew Pyne can muster up some of that Brady Quinn magic for the upcoming 10 game schedule. But if he can't quite live up to that #10, there's another QB that we could draw some comparisons to and his name is Matt LoVecchio. 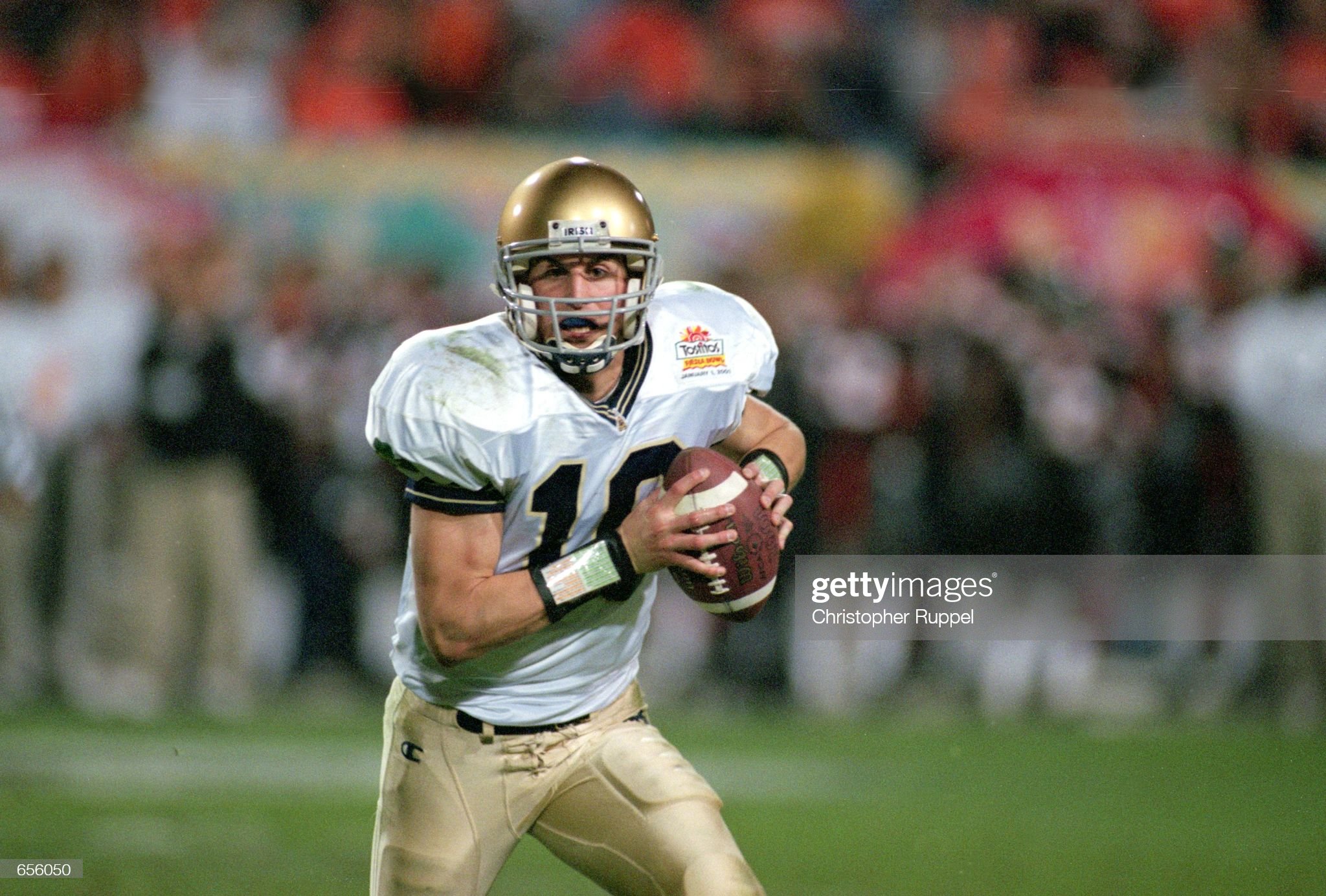 Matt LoVecchio and Drew Pyne were born just 48 miles from each other and both dominated as high school quarterbacks in the Northeast. Matt LoVecchio was a back up QB like Pyne and got his first start after QB Arnaz Battle suffered a wrist injury in 2000. LoVecchio went on to lead the Irish to 7 straight wins and threw 11 TD's and only 1 INT. He threw for 980 yards and rushed for 300 and lead his team to a 9-2 record. The 2000 Notre Dame team went on to lose in the Fiesta Bowl to Oregon State but as a third string quarterback I would say LoVecchio exceeded expectations.

Drew Pyne could surely take a page out of LoVecchio's book from the 2000 season. Manage the game well, be able to run the ball when needed and don't turn the ball over. Let's hope Drew Pyne can lead the Irish through the 2022 season by winning out the rest of the year and receiving a NY6 bowl selection.

So Drew Pyne, reach for the Brady Quinn (Moon) and even if you fall short you'll land amongst the Matt LoVecchio's (stars).