2023 four star quarterback recruit Jackson Arnold has committed to Oklahoma over Notre Dame and many others. He was one of the seven current offers out from Notre Dame to quarterbacks in the 2023 class. Most of them are already committed elsewhere or are in the "cool" category of interest per 247 Sports. That leaves only two commits likely for the time being; five star Dante Moore and four star Christopher Vizzina. Getting one of these 7 prospects who’s position rank ranges from one to eleven (top four all offered) - would be huge for the Irish. Obviously more may be offered and we will need to get somebody but, what if it’s never THE GUY so to speak?

What if the mantra of "Notre Dame never has elite quarterback play," continues to echo long past the Kelly era? 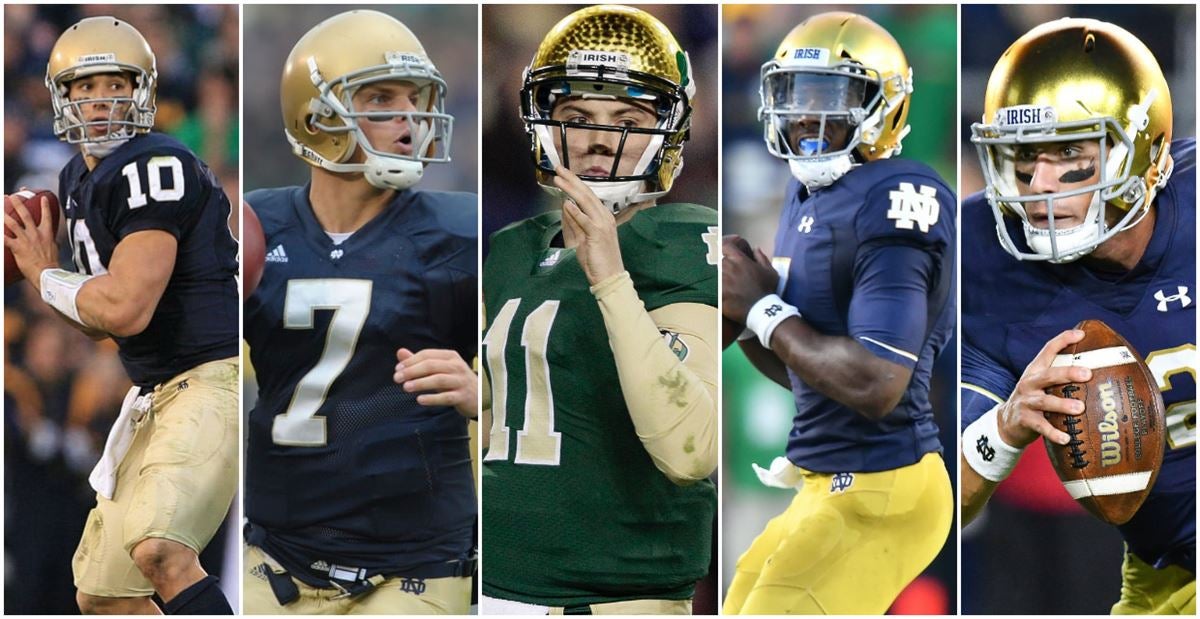 Before addressing this I will say I do not believe this will be the case, which can addressed at a different time. For the sake of this conversation lets say this does continues to be the case. Notre Dame continues to have to trot out a quarterback who may be good to great in some areas but is always inconsistent, never good enough, or just flat out is not the guy. Can Notre Dame beat the juggernauts at the top with that kind of production from the most important position on the field? In my opinion it’s a big fat maybe.

That comes as a cop out answer but it really is the truth. It would come down to a few other things going just right. You can win without THE GUY at quarterback but a few other things have to fall into place. That’s the benefit of having an elite quarterback - not everything has to be almost perfect for you to have a chance.

For it to work Marcus Freeman will have to do what everyone is praying he can do. He will need to bring in an elite defense. Not a good defense, not a great defense, an ELITE defense. This is something that Notre Dame has had flashes of doing in the Kelly era but when they were truly tested this was not the case. Offensively they will need to continue to have great to elite offensive line play as well as adding one or two elite skill players. This could be a running back or wide receiver. All that would matter is you have someone who can make up for the deficiency’s of a non elite quarterback. For example a receiver who can make any catch, or can get space matter who is on him. Likewise, a running back who is constantly a home run threat. That is where offensive line skill would be a great help.

If all that falls into place I believe Notre Dame could win a National Championship without having to have a Trevor Lawrence, Joe Burrow, or Deshaun Watson under center. The point is however that it becomes so much more difficult. Although one thing this season taught us is that this is not impossible. There is a team in the south who also had not conquered the climb since the 1980’s and with this method above, was able to slay a mighty beast this season.