Five letters here, just for everybody out there in Notre Dame Fighting Irish Land and yourself today.

Notre Dame just won a football game against a power five school with a winning record. If you were to take the temperature of the fan base however, you’d think someone just spilled a whole pitcher of red Kool Aid down their carpeted steps — which is absolutely silly given that they won the game in magnificent fashion. So magnificent in fact, that we should propagate some very good gifs (that’s guh-ifs not jah-ifs) that I made for the internet to commemorate it.

Fourth and 3, quick strike to Armstrong to keep the game alive. Vintage 2018 Book.

Then, on third and 7, Avery Davis(!) slips out of the backfield and picks up a first down. Nice hands from a kid coming in cold off the bench.

Another short pass to Davis and he couldn’t get out of bounds, clock is running...Tick, tick, tick, BOOM! Chase Claypool on the sideline to deliver one for the site!

Later still unable to find anyone against eight in coverage on three straight attempts brings up fourth and ballgame...WHO SAID THE KID COULDN’T THROW DOWNFIELD!? (Well...beside me)

Back to back incompletions...third down. No timeouts. Getting tackled in the field of play could mean game over, or at the very least, a rushed fourth down call... Ian Book. ONIONS!

HE HAD TO HIGH STEP IN BECAUSE WITH BALLS THAT BIG HE COULDN’T JUST WALK IN NORMALLY!

“FORGET THE KICKER, THE HOLDER IS THE ROCKSTAR THERE! WOW!” -Mike Tirico. Seriously, Jay Bramblett saved the day, that ball was dragging its ass along the rug like a dog riddled with worms, and he managed to get the laces up and out.

And to really seal it? How about another Kyle Hamilton interception to give him a team leading three on the season.

Exciting? Fun? If it wasn’t both, well...then...please have a seat. That’s why I’ve called you all here. We need to talk about this Notre Dame football season and what what you’re doing with it.

Notre Dame is 6-2. They have a chance to play in a New Years Six bowl. The seniors on this team will likely end their careers as the most winningest senior class since the 1990 class. Look, I’m not saying to blindly accept things and be a sheep.

That’s stuff we can talk about in the offseason. What I am saying is that we need to remember that this is supposed to be fun. I’m old enough to remember a 2006 Notre Dame team who was struggling offensively with a mediocre UCLA team at home. I happen to know Brady Quinn to Jeff Samardzija for a 45 yard touchdown with 27 seconds left is fondly remembered as one of the top plays of 2000s. 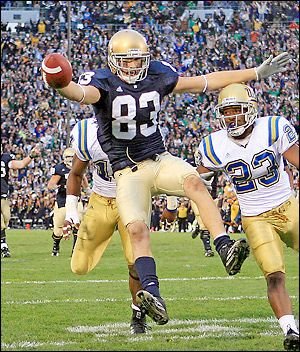 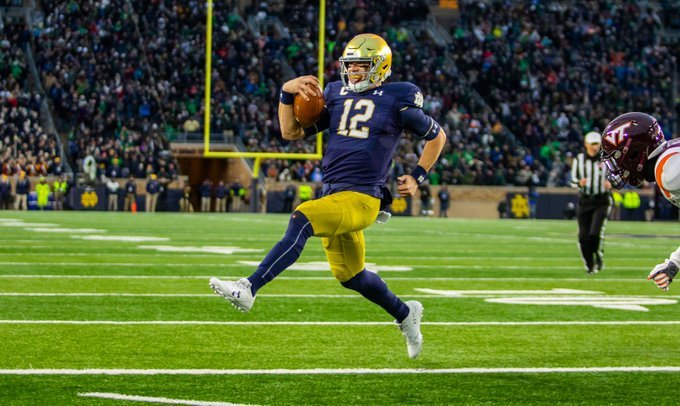 After the Bed Browning in the Big House, style points don’t matter anymore. The stress of needing our team to impress outside forces is gone. As fans, we are freed from the shackles of giving a flying fudge and we should embrace it. Notre Dame is coming off a playoff appearance, so it’s not as though expectations are lowered, it just turned out to be a rebuild year. That’s fine. The program earned it after a 12-0 regular season last year right?

Frankly, the playoff era has somewhat ruined the regular season. 10-15 years ago no one was talking about style points were they? Everything revolves around the playoffs, all discussions and all coverage is through that lens. Like I mentioned before, we all look fondly on that UCLA finish, that finish against VaTech was one for the ages. An 18 play, 87 yard drive in 2 minutes and 53 seconds to win the game on a gutsy QB keeper? That should go down as one of the best drives of the Kelly era to be honest...and yet...It’s not being embraced. The spread was 17 and half...Virginia Tech didn’t have a number by their name. Still not over the Michigan loss. Out of the playoffs. The reasons to be morose can go on forever. You know what isn’t going to go on forever though? The 2019 football season.

There are four regular season games left. Relax. Enjoy the ride. Who knows, this team just might end up winning eleven games, which would be the sixth time since 1974 — and that’s pretty cool.