The past few weeks have seen some very un-spring-like weather around the Midwest. The region has been buried--BURIED, I tell you!--under a solid half-inch of snow in some places. This has led to unusually slick roads, the cancellation of the annual Holy Half-Marathon, Bookstore Basketball games being moved indoors(!), and a distinct lack of golf. Thankfully, the Masters came to save the day by taunting us with images of sunny, green fields being strolled upon by elderly and not-so-elderly gentlemen wielding hickory sticks and whacking away at a small model of the Stepan Center roof dimpled ball. As we were braving frigid temperatures when we should've been chasing Frisbees across the quad, certain golfers experienced both triumph and heartbreak around Amen Corner. (Coincidentally, this is my nickname for the area around a certain prophetic statue on campus...)

This week's TSW features two of golf's greatest legends: Arnold Palmer (who really is known for more than inventing one of the greatest drinks in the history of mankind) and Jack Nicklaus (who, it may surprise some readers to know, is actually Jack Nicholson's twin brother). I imagine all the cold weather has left you folks with a bit of cabin fever, so get some fresh air after you give us your best captions for this photo!

In our last TSW, which concluded ND's March Madness run, we had a very tight race at the top of the leaderboard. Taking home the bronze was tlndma with this one: 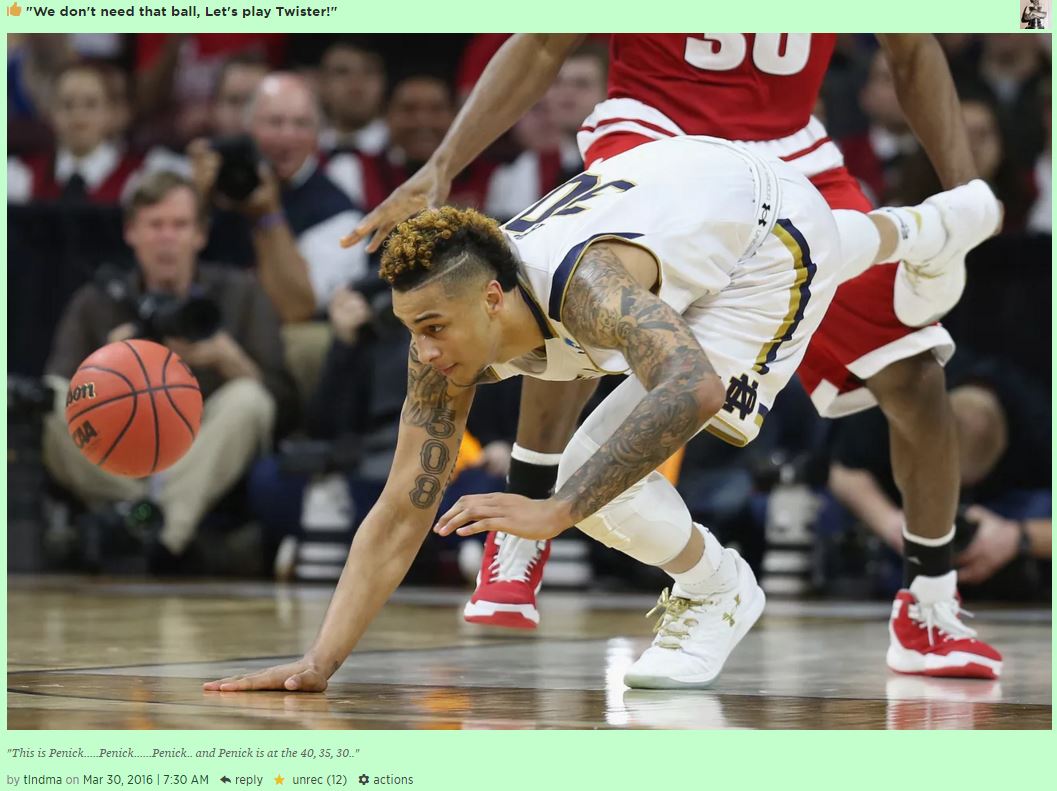 --And the gold medal was split(?) between irishburke82 and First Down Moses. 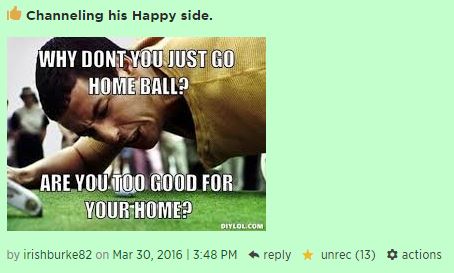 Since this was from two weeks ago, The Masters was not an option on here. Thankfully, it looks like y'all still had plenty of choices for your eyeballs. 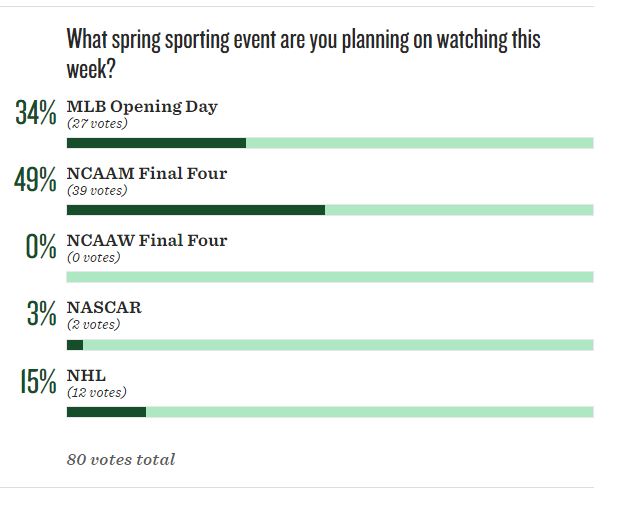