This is what talented, hardworking, well coached football teams look like

Share All sharing options for: OFD Films: Notre Dame in Sync on Offense

This past weekend Notre Dame provided a perfect example of what can happen if every player on the field does their job. Let's take a look at the film and I'll show you what I mean. 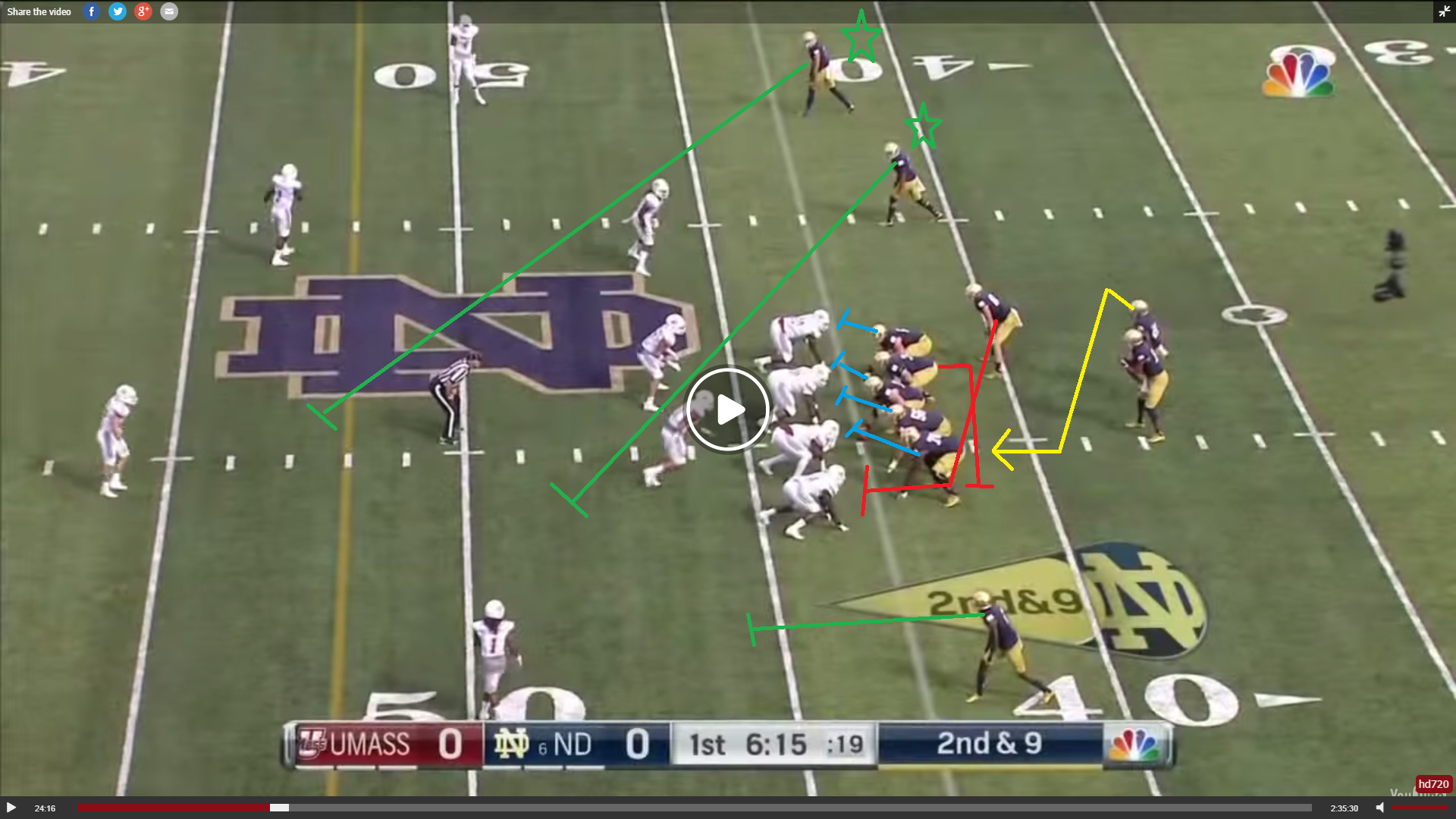 2nd and 9 in a scoreless game. On this play, running back C.J. Prosise (# 20) will take a small counter step to his right, come back across the formation and then look to find a seam in the defense (yellow arrow).

The offensive line will down block (blue lines) while the backside guard and tight end will pull across the formation and provide a kick out and lead block (red lines).

As with any running play, the receivers will be expected to block in the open field. Note the position of Will Fuller (# 7) and Amir Carlisle (# 3) (green stars). They are a long way from the point of attack. Most receivers wouldn't expend too much energy on a play like this. 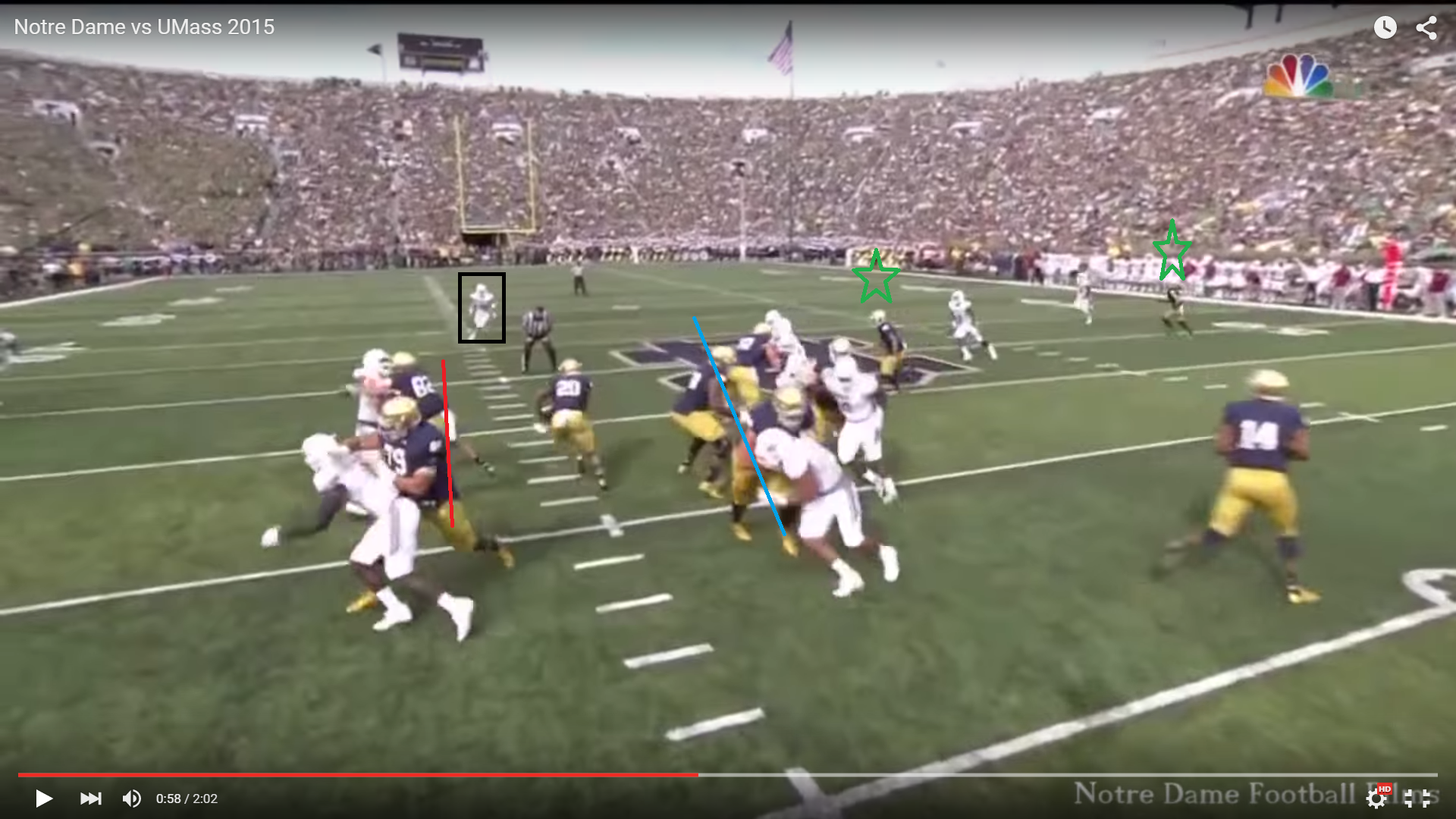 A fraction of a second after the snap, Notre Dame is in excellent shape. The down blockers (blue line), have collapsed one side of the formation. The pulling blockers (red line) have pushed out the other side. This is a textbook example of foraging and mauling. As a result, C.J. Prosise has a perfect alley to run through and only one player to beat (black box).

Note Carlisle and Fuller (green stars), at this point they are still a long way from being involved in the play. 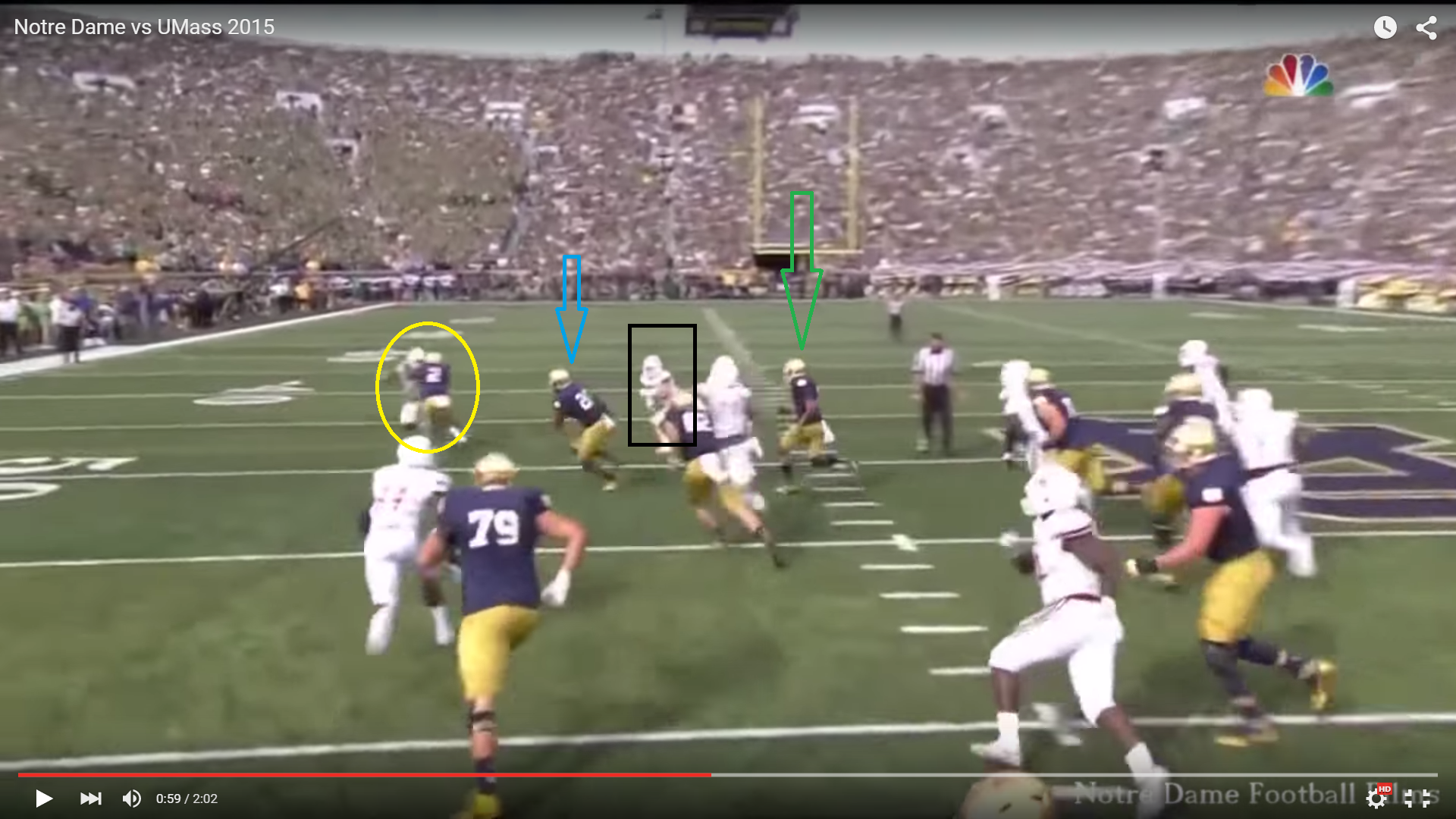 Prosise (blue arrow) decides to out run the unblocked safety (black box). Usually I would be screaming at the running back to get north and south in this situation. Not so much with Prosise. In case you missed it, dude is pretty fast.

Chris Brown (# 2, yellow circle), is working hard to secure a key block. Amir Carlisle (green arrow), has hustled across the formation and is now in a position to impact the play. 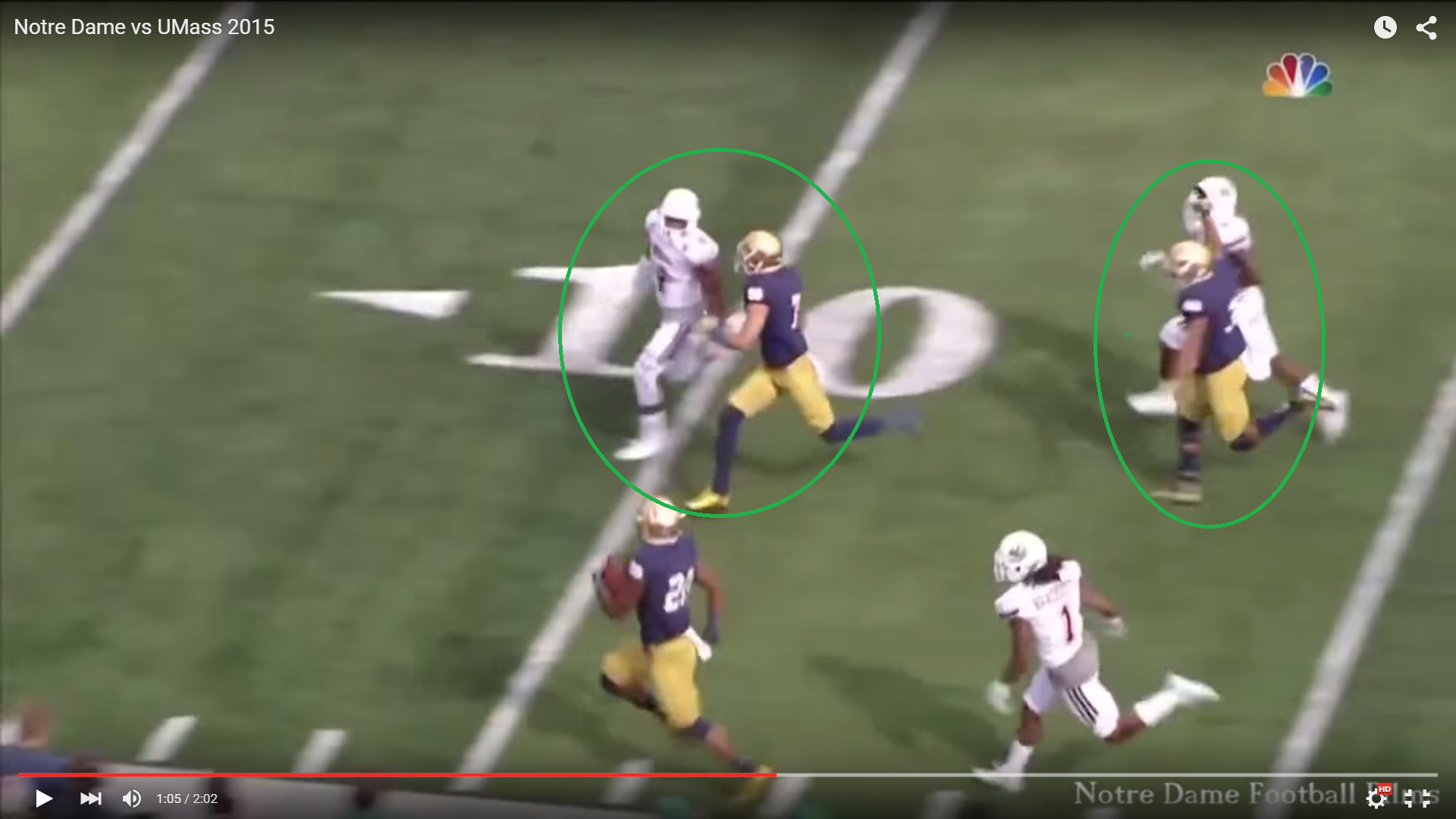 Incredibly, Will Fuller and Amir Carlisle come all the way across the formation and are making key blocks to secure the touchdown (green circles).

It should be noted that this is actually Carlisle's second block on this play. He made a block before this, continued to hustle and then made this second block.  Next time you wonder why he hasn't been passed on the depth chart, think of this play.

On the stat sheet, this will be recorded as a touchdown run for C.J. Prosise. But the stats don't tell the full story. Every single player on the field for Notre Dame played an important part in this run. If even one player doesn't contribute or execute his assignment this probably isn't a touchdown.

This is what talented, hardworking, well coached football teams look like. Enjoy. It's a beautiful thing.