The Temple Owls became the latest animal to fall prey to the wrath of the Fighting Irish.

Since it's late and y'all are always happy with a heaping helping of lame post-victory puns, i'll give you what you want. Here goes:

That win was a real hoot.

I bet we really ruffled their feathers with that game-winning drive.

It was great to shut up everyone who was flapping their gums about how we'd totally blow it.

When asked how he scored that 79-yard TD run, Kizer replied that he was "basically winging it."

If silence were loudness, they would be the loudest flying bird. That's...that's a terrible metaphor, just ignore this one.

Finally, as they say in the business...owl's well that ends well.

Okay, okay, you can unplug your ears and come back now. Onward to our winners!

In honor of the College Football Playoff Committee, this week features some surprises with certain lesser-known members of the Commentariat who were deemed by the committee (that is, myself) worthy of higher honor than they received from their fellows.

--cfarris182 got in the Halloween spirit with a spooky rendition of what may or may not have been responsible for Florida State's last-second loss to Georgia Tech. 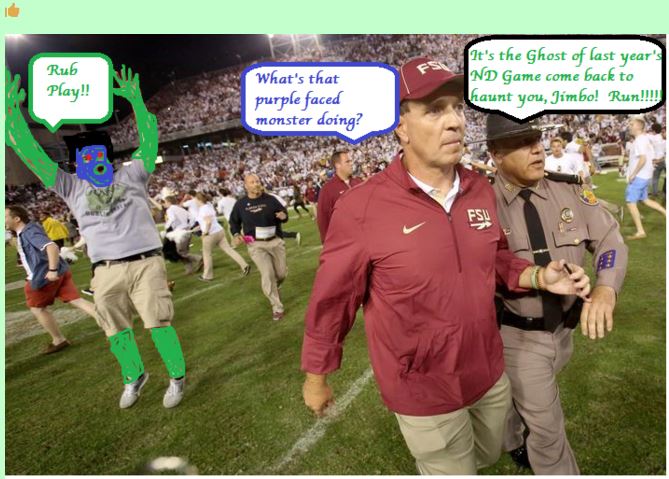 --jbaroz employed some thunderous words of portent and doom from an unlikely source, while also taking a dig at the Seminoles' last QB: 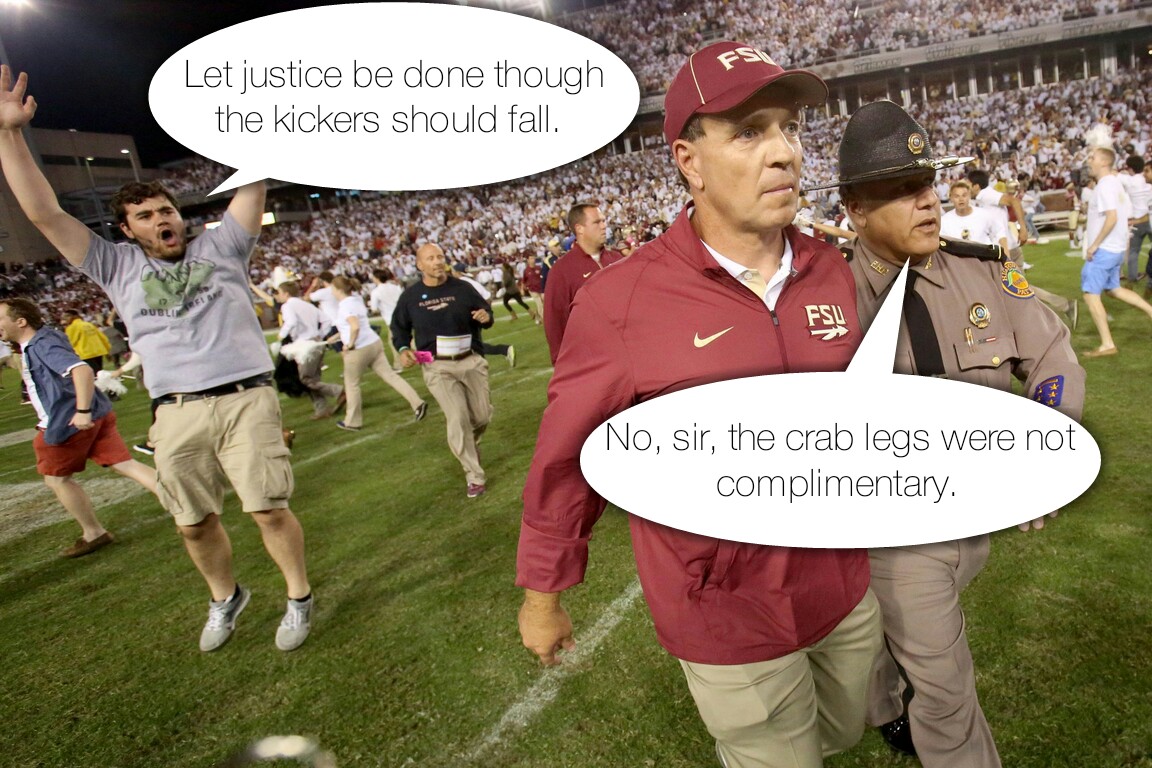 --irishburke82 snagged a spot for trying to side with Jimbo in his fruitless defense against the ruthless lawman:

--And our winner is...tlndma, who gently poked a little fun at some fellow OFDers. Congratulations! 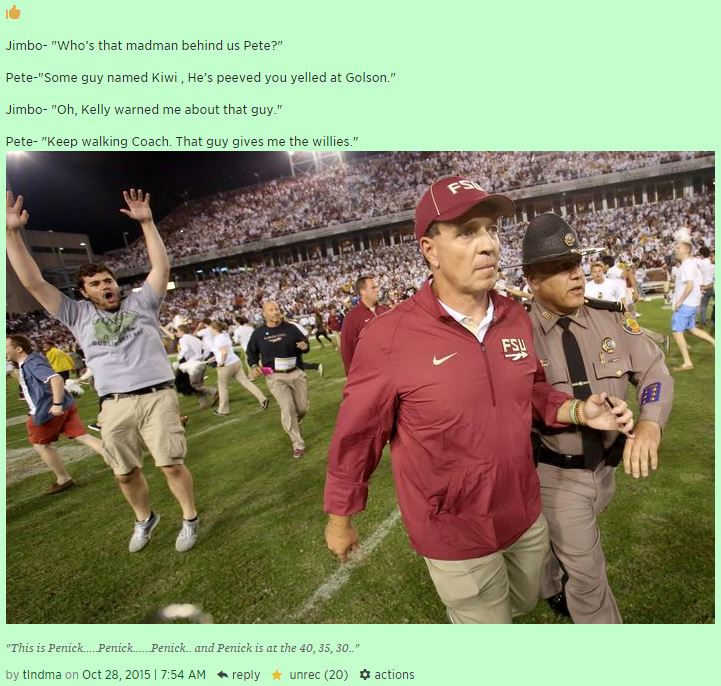 --I was expecting our poll to have George F. Washington as a clear winner of "Bestest Founding Father," but the Commentariat pulled their own surprise and gave that honor to Benjamin Franklin. (Props to whoever it was who pulled for John Jay. You do you, buddy.) 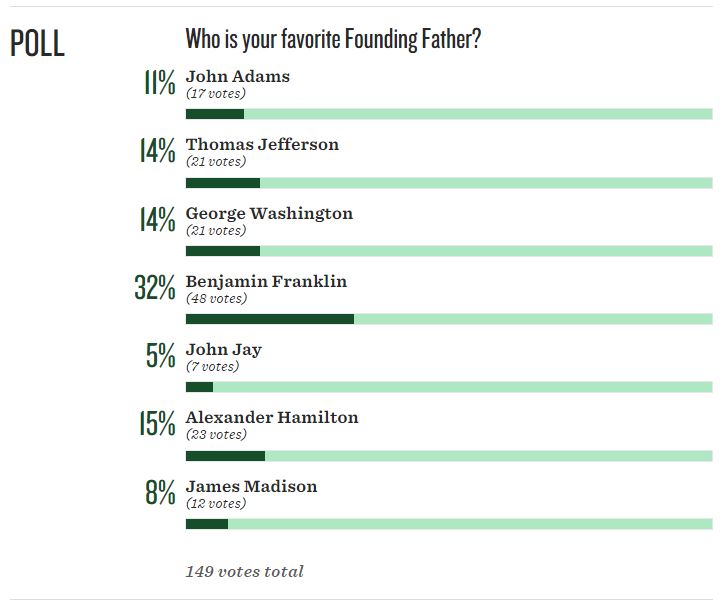 Special thanks to all of you who gleefully spurred a discussion about George Washington's strength of schedule, especially regarding his Christmas ambush on the Hessians.

In this week's installment of captioning silliness, good old Romeo Okwara takes flight as a Temple player recovers an offensive fumble. You know the drill--it's up to you to find appropriate captions or photoshops to garner the most gold stars from your fellow OFDers. Have fun, and we'll see you in the comments!