This week, Fenway will be invaded by a whole new breed of Green Monsters.

Just when you thought it was safe to turn on the TV without being bored to tears by watching a bunch of grown men in colorful pajamas helplessly flailing a large stick at a small white ball baseball, the trollerskating genius named Sir Jack Swarbrick presents us with a Shamrock Series game at the legendary Fenway Park. There are plenty of storylines in this game--all of which can be bet on at FanKings or DraftDuel TODAY! You've got Notre Dame's playoff hopes; Boston College's natiional-best rushing defense (for now); the bitter memories of old matchups gone wrong; the sweetness of the last few contests in ND's favor; the uncomfortable-ness of both teams being on the same sideline; ND's undefeated mark in the Shamrock Series; and whether Kizer will toss a over the Green Monster just for the lulz.

Any way you slice it, this should be a fun one. Just win this one, win the next one, and things will take care of themselves. Onward to the funnies! 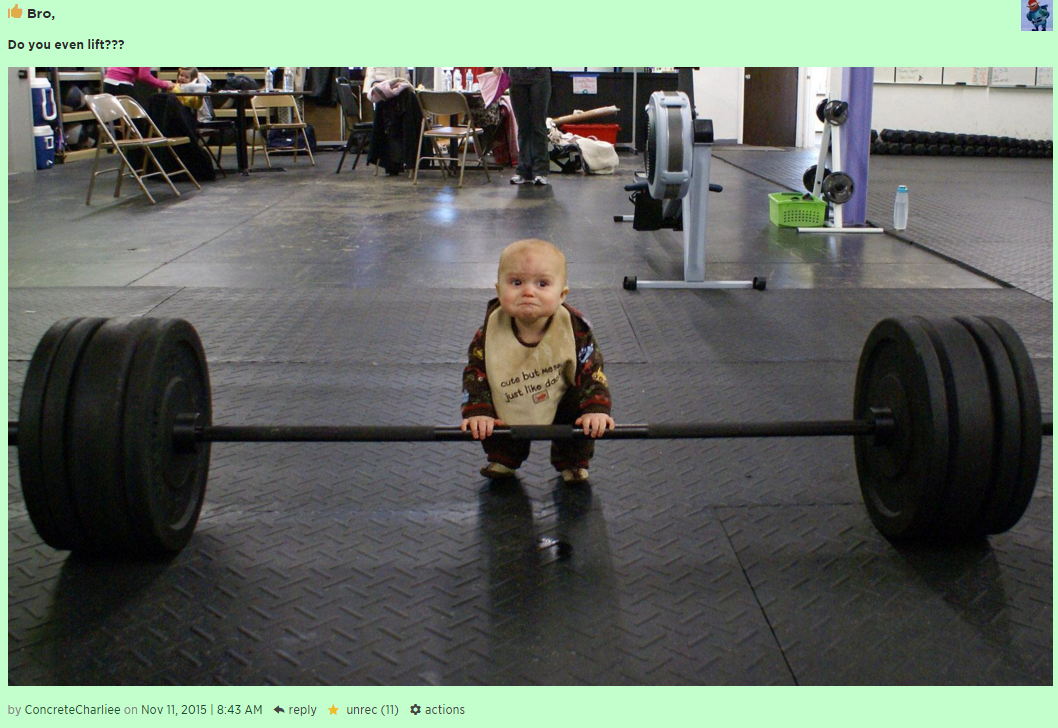 --Our runner-up was yours truly with an entry shamelessly catering to the OFD NERD-etariat: 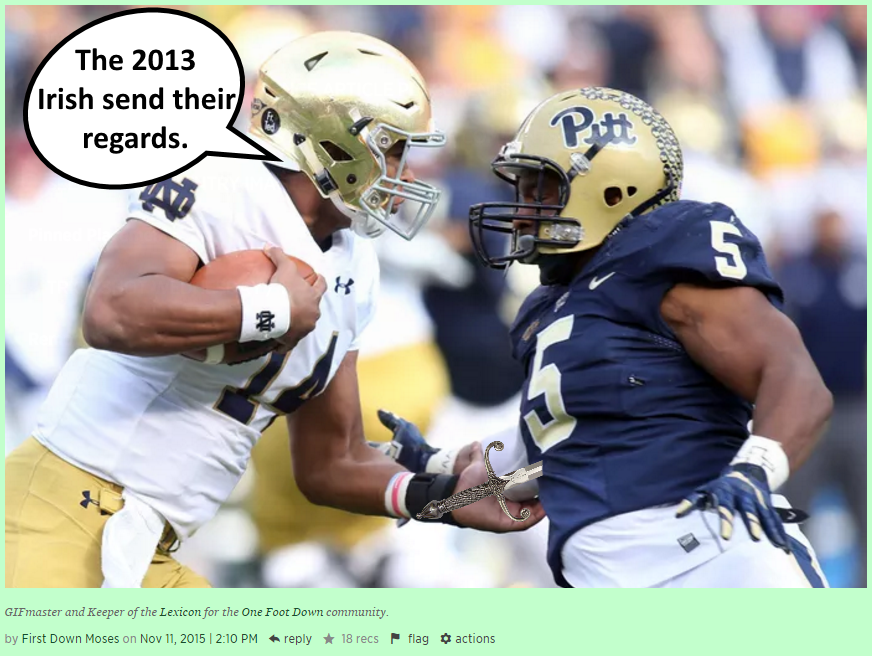 --And our champion for this past week was...clearwall, with a...some sort of...well, okay, I don't know where this came from, but apparently 20 of you chuckleheads liked it. Very Lou Holtz-ian, in a strange sort of way. 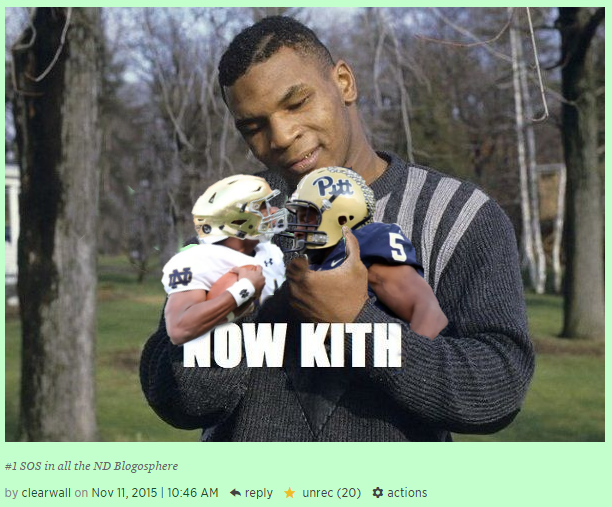 Shine on, you crathy diamond.

This was one of the most competitive TSW polls we've had in quite a while--maybe I should try being serious more often! (Nahhh...) 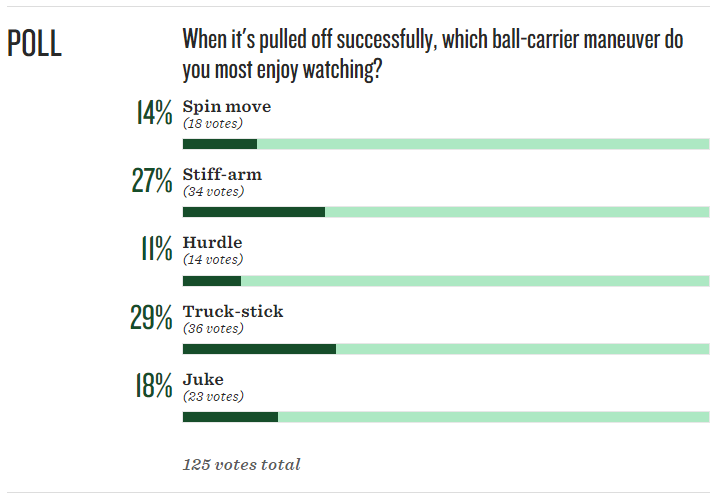 Truck-stick narrowly beat out Stiff-Arm by two votes--either way, I wouldn't one of those moves being leveled at me!

Notre Dame's new spirit animal, a.k.a. WWE World Heavyweight Champion Sheamus ("The Celtic Warrior"), lent his epic beardly powers to the Fighting Irish as they defeated Wake Forest 28-7 on Senior Day. In this photo, he's shown partying with (apparently) the two rowdiest characters on the entire roster: the two long-snappers, Scott Daly (#61) and Hunter Smith (#99). (Make of that what you will, but perhaps Sheamus just has a nose for the closet party-goers.) Go ahead and give us your best captions and photoshops this week--Boston College is bringing its A-game, and so are we!