The Irish go from playing in a monsoon to playing against guys who sail in monsoons, hopefully with better results.

Unlike the good folks who run Trick Shot Monday--the namesake of and inspiration for this wacky little column--even after a loss, we still come together every Wednesday to spread mirth and good cheer to all. Yes, even after a loss. A loss that many had hoped we would win, but few "experts" expected to. A game that appeared to be over after two quick Clemson scores to start the game, then again after two devastating turnovers and another Clemson score to start the second half. A game that would've caused lesser teams to hang their heads, feel sorry for themselves, and blame their struggles against Mother Nature.

Not the Irish. Not Team 127. I know that many people--including many on this site--have debated and agonized endlessly over dropped passes, two-point conversion attempts, offensive strategies, coaching maneuvers, and billions of other things that we have zero control over (well, no one except Coach Brian Kelly, who reads this blog religiously. Hi there, Coach!). But frankly, this team put together one of the most impressive comebacks we've seen in recent Irish history, and although they fell short, we've got a lot to be proud of. Considering everything stacked against us, I'd have taken a chance to tie/win the game in the last minute every time. We're not dead yet!

Following a tail-whipping of the Minutemen that sent them fleeing back to Lexington and Concord, we had some solid entries from the Commentariat.

--Leading us off was Vita Dulcedo Spes, who--besides having a name that ranks among my personal favorites--ventured into possible copyright infringement territory to tickle our funny bone: 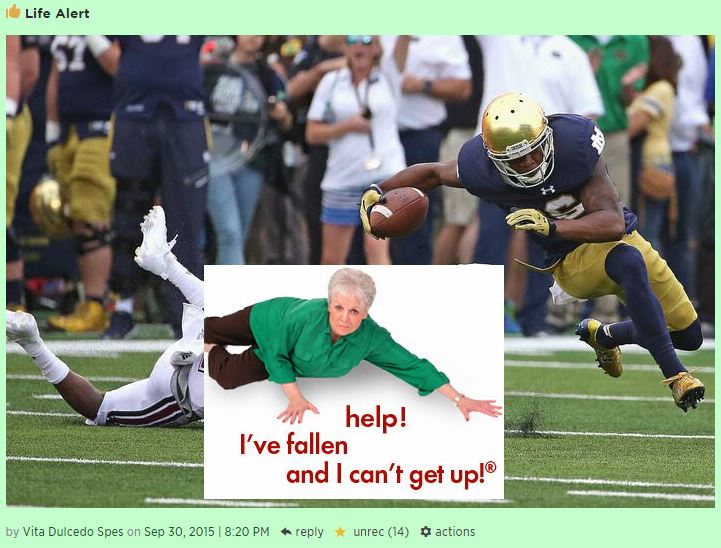 --In second place was jlrandall84, who gave us some good ol' Wile E. Coyote and Roadrunner humor: 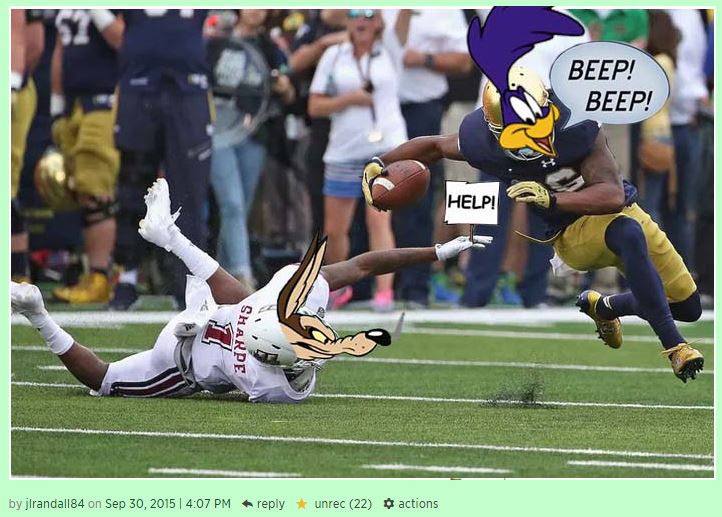 --And taking home the weekly crown (again) with 27 rec's was Kendall Moore's beer gut, who threw some serious heat at a certain conference that's perpetually boasting of its collective linear velocity: 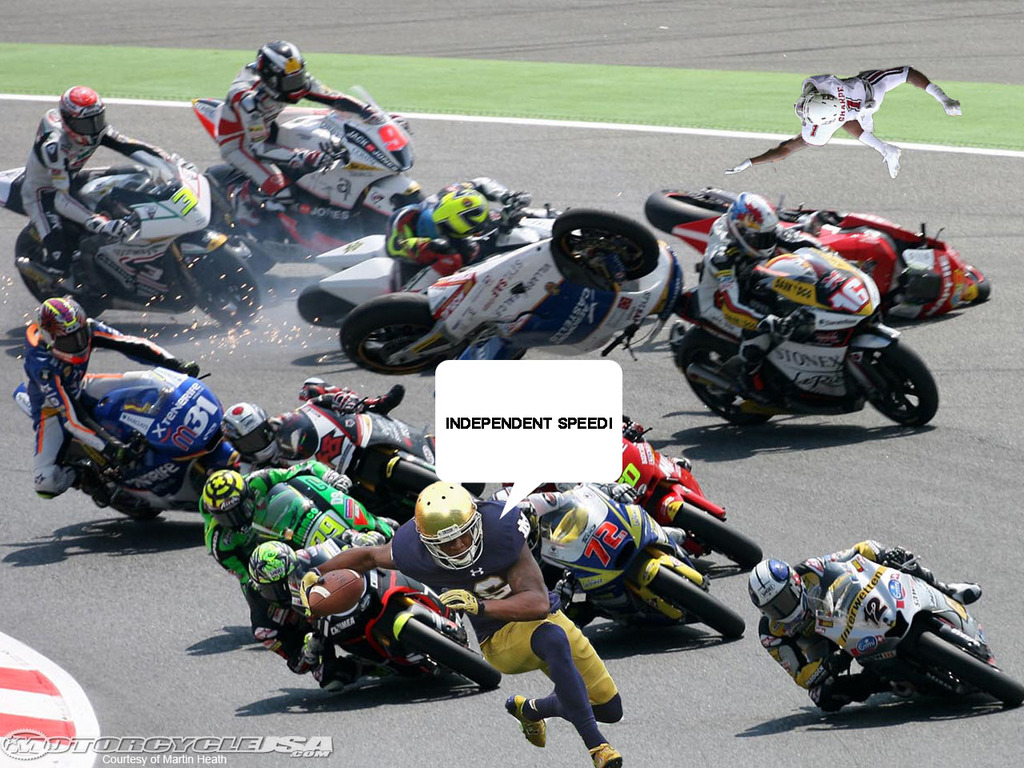 Seriously, the first person to dethrone KMBG gets an Internet cookie. Dude is pretty good.

--In our poll regarding the naming of campus' newest landscaping feature, there was some down-to-the wire competition...but ultimately, the people's answer was loud and clear. 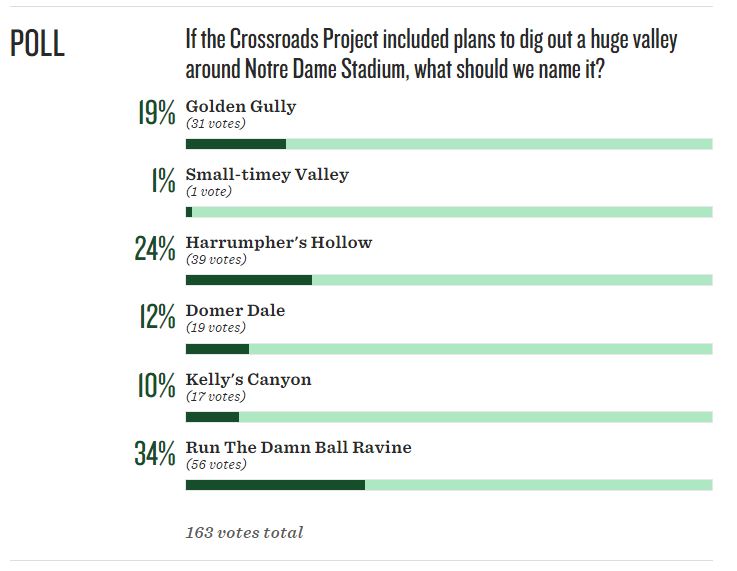 Since we laugh loudest when we want to cry, this week's photo depicts Chris Brown's catch attempt being stymied by Clemson's Cordrea Tankersley, whose two three-syllable names would also make him a candidate for the Finer Things Club. Let's pick ourselves up, wash the mud out of our uniforms, and get ready to take on Navy.