Our Basilica is better than your Temple.

In honor of College Gameday being broadcast from Independence Hall this weekend for Notre Dame vs. Temple, the venerable scribes here at One Foot Down have unearthed an excerpt from an early draft of the Declaration of Independence. Judging by the style and language, it appears that Thomas Jefferson, Benjamin Franklin, and several other Founding Fathers were ahead of their time in their love of college football. And now, from the vaults!

When in the Course of human events, it becomes necessary for one Footballe Team to test the athletic bands which have connected them with another, and to assume among the powers of the Universities, the separate and equal station to which the Laws of Nature and of Nature's God and their Conference entitle them, a decent respect to the opinions of mankind and nutty bloggers requires that they should declare the causes which impel them to the competition.

We hold these truths to be self-evident, that all men are created equal (tho definitely not in the Footballe talent department), that they are endowed by their Creator with certain unalienable skills, that among these are Blocking, Tackling, and the pursuit of Touchdowns.
--That to secure these rights, Footballe Coaches are instituted among Teams, deriving their just powers from the consent of the Athletick Director and the Boarde of Trustees,
--That whenever any Footballe Coach becomes destructive of these ends, it is the Right of the Alumni Association Athletick Director to alter or to abolish it, and to institute a new Coach, laying its foundation on such principles and recruiting its Players in such form, as to the Athletick Director shall seem most likely to effect the Students' Winning Percentage and Happiness.

[Note to self: Insert long diatribe against the Oppression of Conferences here, likening their tyranny over Footballe Teams to that of King George himself. --J. Adams]

And for the support of this Declaration, with a firm reliance on the protection of divine Providence and a sturdy Offensive Line, we mutually pledge to each other our Lives, our Tradition, and our sacred All-Time Winning Record.

[Note to self: Make sure all Delegates write "Michigan Suckes" underneath their signatures. --B. Franklin]

During the bye week, it was good to see that so many of you took the time to wipe the cheeseburger grease off your fingers (or not--we won't judge) and give us some incredible submissions. On to the best ones!

--scttmtclf, Neodymium, and SoDakIrish all put together some impressive Playoff resumes of their own. Might be pretty tough to decide which ones the committee will pick... 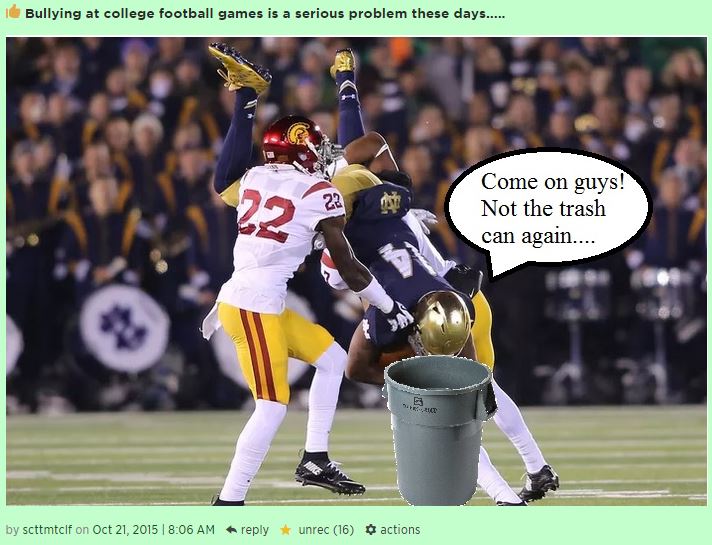 --occtipus graced us with some truly poetic beats dropped by one D. Kizer: 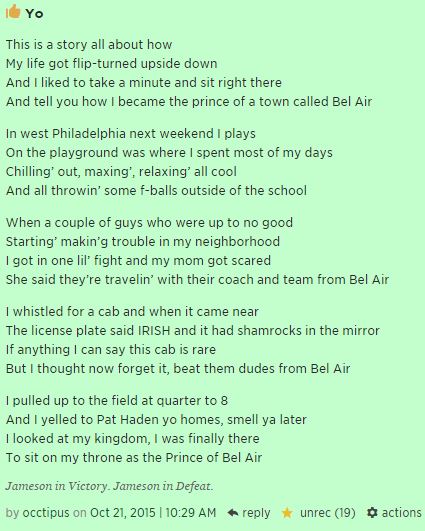 --And finally, tlndma took home the TSW trophy this week with a flashback to his own grade school days: 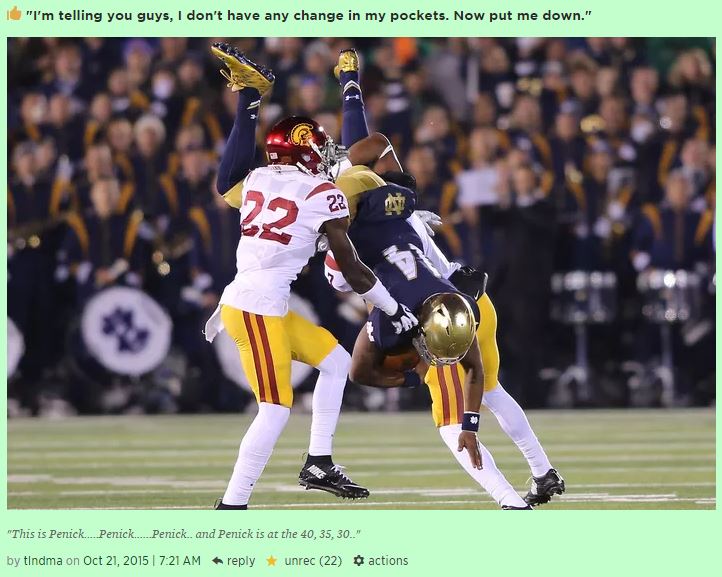 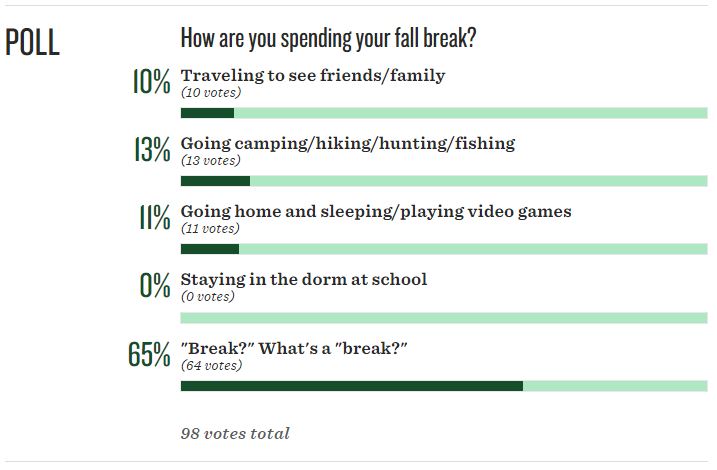 To everyone who doesn't have Fall Break:

Since the Irish were home eating cheeseburgers, the highlight of last Saturday was Georgia Tech's unbelievable last-second blocked-FG run-back to-the-house holy-heck moment against Florida State. This play brought joy to the hearts of Irish fans for several reasons (SoS chief among them...obviously), and so this week I'm letting you guys and gals go to town with the photo of Jimbo Fisher leaving the field at Bobby Dodd with an...exuberant fan behind him. If you'd like to engage in a little schadenfreude, I won't stop you.