Now you can get free ND-Syracuse tickets with the purchase of two Coke products! Haha just kidding, no program in their right mind would do that.

All around the country, coaching seats are beginning to warm up as teams suffer embarrassing losses, whether it's Clemsoning away a victory over FSU, getting beat by Mississippi State, or *snicker* falling to the mighty Hoosiers, However, that heat wave you feel radiating from Ann Arbor belongs to one Brady Hoke, whose Wolverines were felled by the Utah Youths (or "Utes", as Joe Pesci would say it) 26-10. In addition to being humbled in the Big House, Michigan football suffered an embarrassing PR setback when it was revealed that Coke sponsored a deal on campuswhere students could get free tickets to UM-Minnesota with the purchase of two Coke products.

Meanwhile, Notre Dame spent the bye week chowing down on cheeseburgers and slurping down Cokes, but still rose in the polls. Life is pretty good, eh?

While we were busy doing a whole lotta nothing this past weekend, Cincinnati and Miami (OH) clashed in a matchup that featured former Irish OC Chuck Martin skippering the Redhawks versus former Irish QB Gunner Kiel, who was helming the Bearcat attack. Kiel led Cincy to a 31-24 win over his former OC, and it was during this game that he took some time to chat on the phone. Now, I know you all possess ELITE-level phone-hacking skills, so maybe you can caption what young Mr. Gunner was chatting about. See you in the comments, and Go Irish!

After analyzing the phenomenon of Brian VanGorder jumping for joy(or due to hair-tearing anger, who knows) during the Purdue game last week, we've got ourselves a few winners. But first, let's meet the two entries tied for third place! 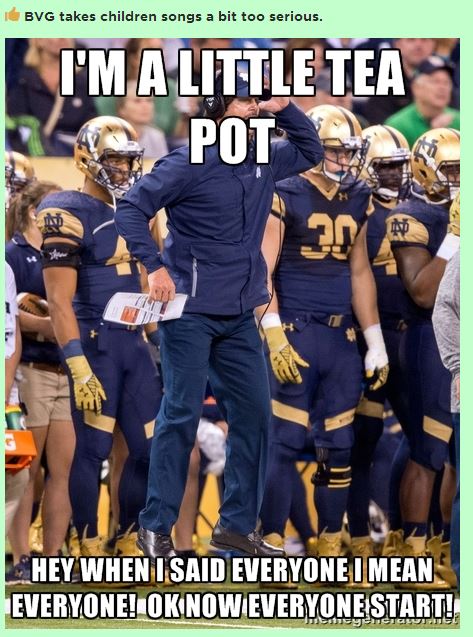 --Stepping comfortably into his familiar role of runner-up, Eric Murtaugh noted a strong fashion statement that BVG was making through his footwear: 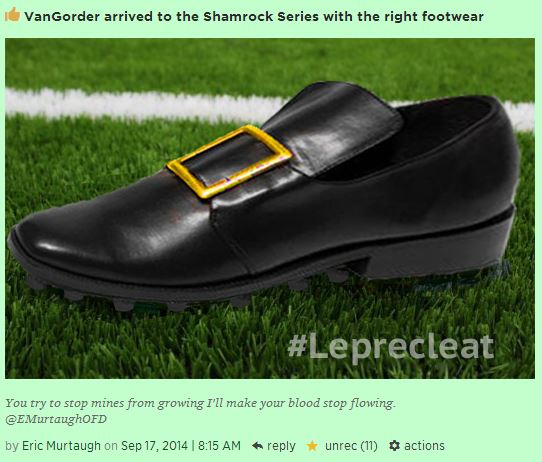 --And for our dual winners this week, we have...well, the guys who have won each of the last two TSW contests, whaddya know. Congrats to Cubsfansince1957 and Kendall Moore's beer gut! 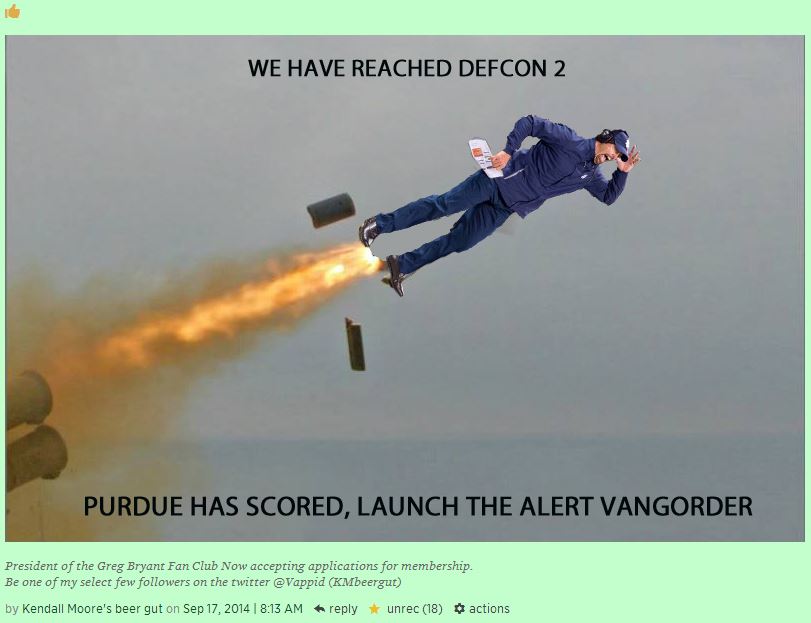 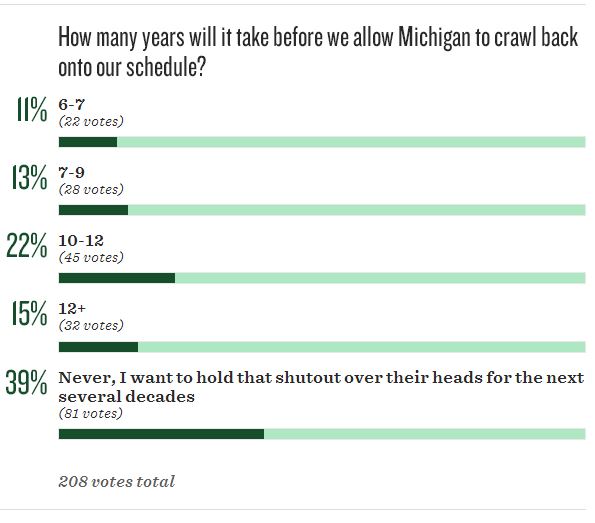 In other words, 81 people are A-OK with Dave Brandon getting trolled by Swarbrick to the extent where Michigan never again gathers the courage to play ND. But hey, at least Fielding Yost would be happy about all this...right?