Sure, it's preseason football, but but but it's FOOTBALL, YOU GUYS

They say that the preseason means everything in the National Football League. Okay, I'm joking--I totally made that up. If there ever was a time where "they" said that, it ended abruptly in 2008 when the Detroit Lions obliterated their preseason slate with a 4-0 record, then proceeded to...well, you all know what happened over the next 16 games. My point is, the only noteworthy thing about this preseason game between the Buffalo Bills and the New York Giants was the silliness of all the Buffalo fans boycotting Bon Jovi. I mean, c'mon fellas--it's not like JBJ purchasing your beloved franchise could possibly give you any worse luck than going 0-4 in the Super Bowl, amirite?

Great, now I've angered Lions fans AND Bills fans. Whatever beef you have with me, take it up with our Staff Peacemaker & Grand Apologizer (a.k.a. Larz).

Aside from exposing holes in each team's third-string defense that are wider than (Hall of Famer) Michael Strahan's front-tooth gap, the Hall of Fame Game this past Sunday was simply another reminder of how close we are to finally watching some meaningful football. If you haven't done so already, make sure to check out many of the great articles we've written up to help usher in the new season, such as counting down our Top 25 players, discussing our #17 preseason ranking, and hotly debating where our expectations should be for this season (I'm chugging that lime-green Kool-Aid alllll day, baby).

Speaking of easy targets for debate, this week's TSW features rookie Bills QB E.J. Manuel and Giants QB Eli Manning chatting with one another after the Giants squeaked by the Bills 17-13. What do you think they're saying to each other? Is Eli giving the new guy some sage advice, or is E.J. congratulating Eli on coughing up the first turnover of the new season via a less-than-graceful fumble? Let us know what's going on inside their (and your) noggins.

The OFD Nerds Strike Back

Before we do anything else, let's just take a moment and admire yet another ndmspaint masterpiece:

Honestly, I don't know what I look forward to more: Paint's mouth-watering Football Food articles or his Smithsonian-worthy artistic depictions of things like Janitor Tommy Rees, hip-wiggling stormtroopers, and BEARS.

--In last week's "OMGNANO" Edition of TSW, victory belonged to clearwall, who told an epic story that was impressive....most impressive. 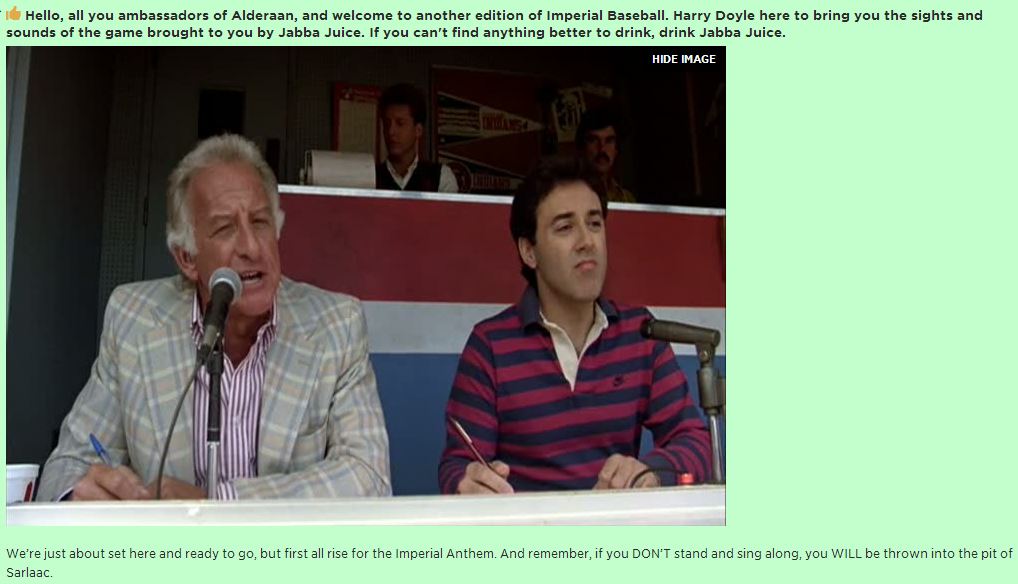 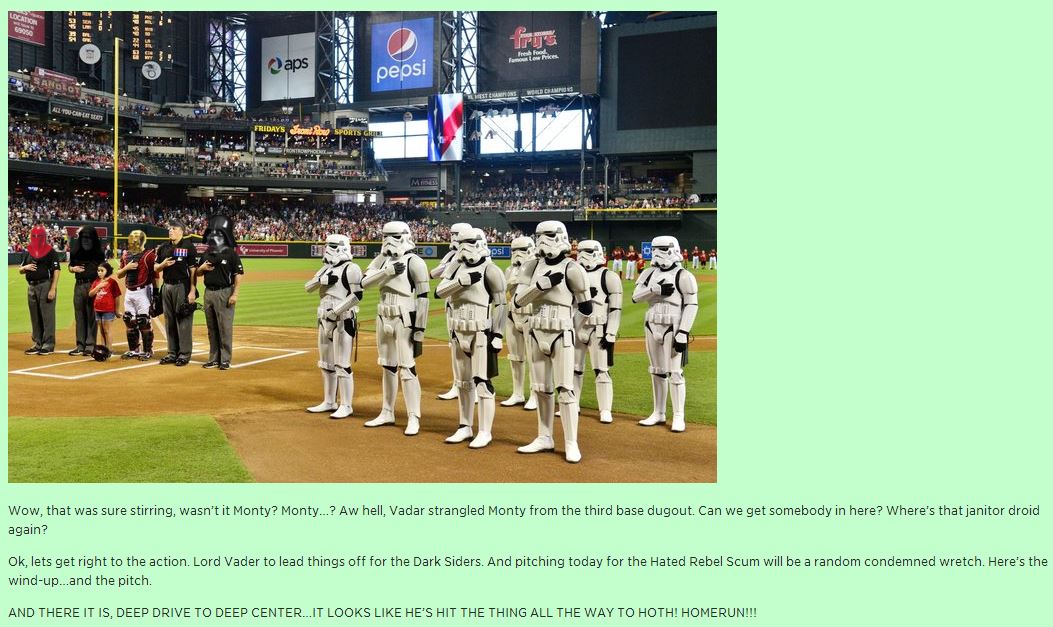 Seriously, that was one of the best winners of the entire summer. Job well done. In fact, occtipus encapsulated the commentariat's awed response pretty well:

--Anachronism couldn't resist taking a shot at the D'Backs, although he (and others) were also quick to comment on their new white unis with black trim:

--Windyirish alerted us to a very real danger caused by the presence of a certain Sith Lord in an American ballpark:

--At some point we should ask ourselves, "Wait a minute...if the stormtroopers are here, then where are the players?"

--And of course, let's not forget Cyrish21 picking up the win in the bonus TSW entry (featuring Vader flailing as he threw the first pitch): 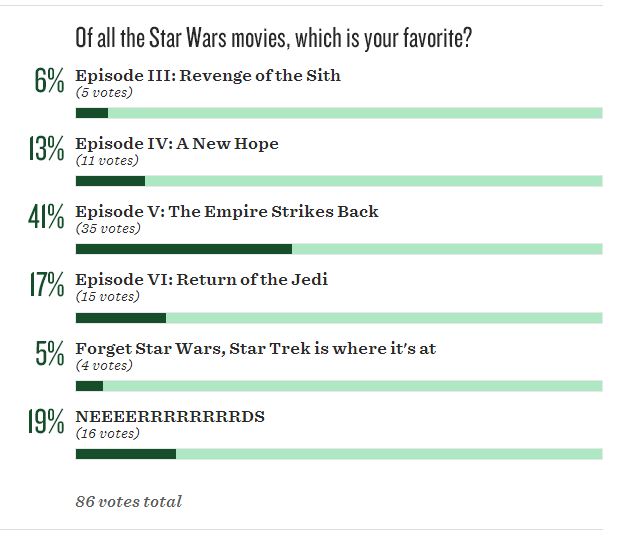 Sure, some of you (16, to be exact) were groaning and lamenting with cries of "Not Another Nerd-Off!", but we nerds managed to get in a few last shots before the jocks of the Commentariat regain their usual dominance. But we shall return! There are dozens of us! DOZENS!