Notre Dame has officially released the first photos of the new Under Armour uniforms for 2014. No major changes, but some stuff worth talking about - because really, what else is going on right now? Nothing, right?

UPDATE: The Shamrock Series uniform was also revealed today. Under Armour put together a great video explaining the thinking behind it - Kevin Plank talks about the unique opportunity with Notre Dame to tell a story. The detailing on the uniform all relates to the Main Building, which is very well done. At least there's an actual idea behind it.

The long-awaited Under Armour uniform reveal is finally here; while Notre Dame's new apparel partner hasn't made any dramatic alterations - yet - there are a few key differences to highlight. We'll look at the 2014 home and away unis as compared to the 2013 versions to see what's changed. Love it? Hate it? Anything you didn't expect or would've liked to see? Jump into the comments!

At first glance, the non-Shamrock uniforms look almost exactly the same - the colors and major design elements are pretty much identical. There are six notable differences that I could spot in these photos, and at least five of them are, in my humble opinion, improvements to some degree - moving from the top down:

There's one other minor change that may have been made but wouldn't visible in the released photos; if indeed it happened, I think it's a really cool nod to Notre Dame's mission and tradition. A picture of an Under Armour ND jersey showed up on Amazon a few days ago before Amazon pulled it down, presumably because the stock fell off a truck or something. And it looked like a replica jersey, so it may not be exactly what the players wear. Still... On the right front hem was embroidered "GOD COUNTRY NOTRE DAME," in Uncial script. Awesome. I really hope that change is legit.

Here are the 2014 Under Armour home, away, and Shamrock Series unis (all images courtesy of Under Armour): 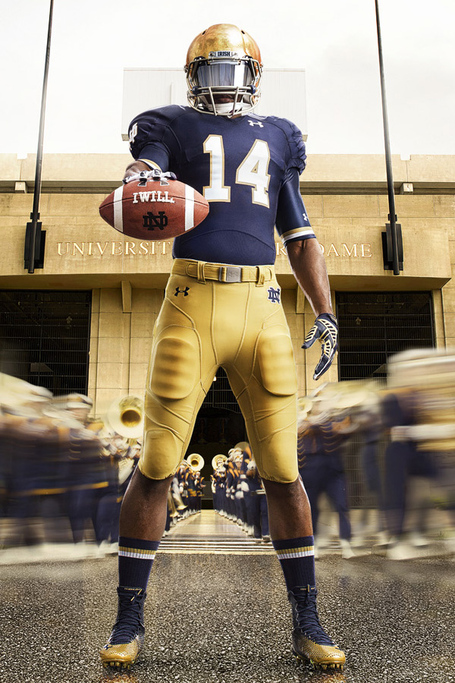 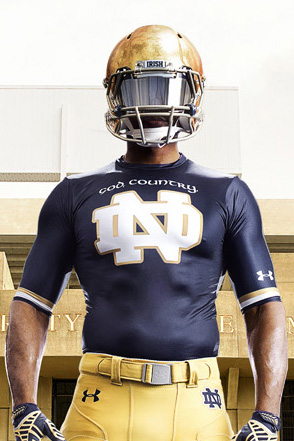 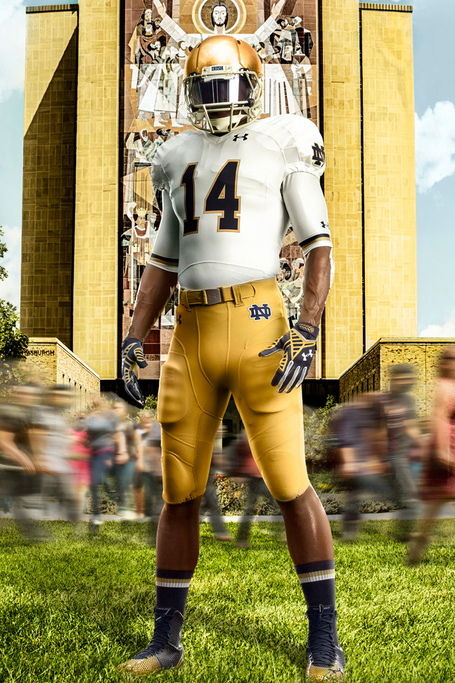 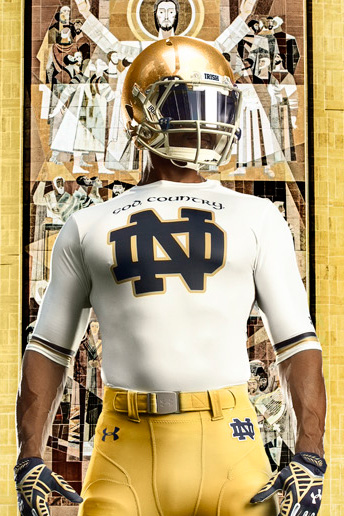 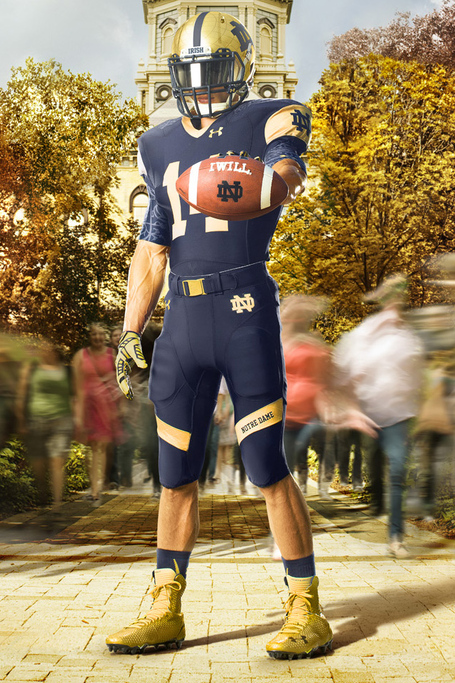 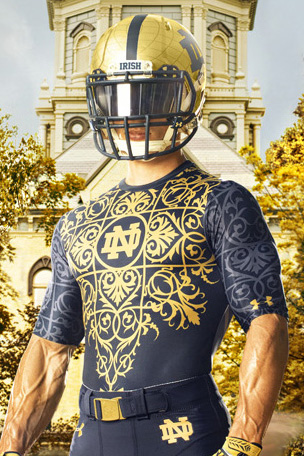 Here are the 2013 Adidas home and away unis - had to dig a little to find usable photos: