Share All sharing options for: Trick Shot Wednesday: A Slice of Americana

Welcome back to the midweek mania that is TSW! I hope you all didn't mind that we took the week off to celebrate the 4th of July. In my experience, it's customary for many of us (myself included) to get a 4-day running start leading up to the Independence Day celebrations, so far be it from me to give you guys work when you should be out there celebrating freedom, am I right? If anybody doesn't chime in for this week's captions, I'll just assume that he or she had a rather nasty run-in with homemade fireworks and thus are in no shape to use a computer. You poor souls.

As tempted as I am to post another soccer-related photo following our last TSW session, and as interesting as it would be to browse through photos of stunned Brazilian fans, I realize that I would seriously be testing y'all's patience with my selections. Actually, okay, I'll admit it: I took last week off to give you guys a little cooldown time, and also because soccer is generally not what one would call a "quintessential American sport" to be displayed around Independence Day.

But hey, you know what IS a great American sport? Curling! Baseball! And just like the Cowboys of the NFL, it seems that an integral part of the great American pasttime is either hating or loving the New York Yankees. As such, we've combined these two national passions into one photo (featuring Ichiro Suzuki) with the potential to be a Photoshop treasure trove. Just like the great American pioneers of old, our Commentariat must employ a great deal of stealth and no small amount of courage...but if they are careful and clever, I believe it can be done and oh wow I just quoted The Hobbit. Um...well, this is the point where I step aside and let you guys work your magic, so fire away. Remember, we're one week closer to football!

The Sultans of Silliness

--SirWalter and Cranked_Irish teamed up for one seriously high-tech goal celebration. They even disabled the radar! 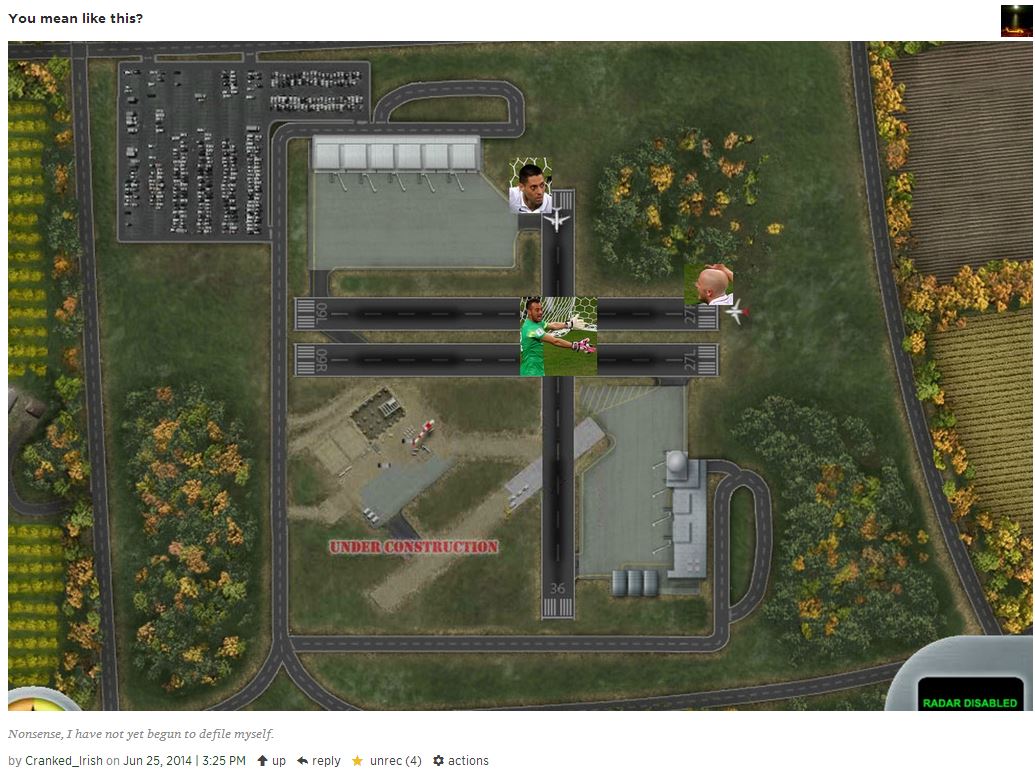 --Not to be outdone, ConcreteCharliee upped the ante by choreographing an elaborate musical number, no doubt encouraged by the good folks at EsPN Disney. 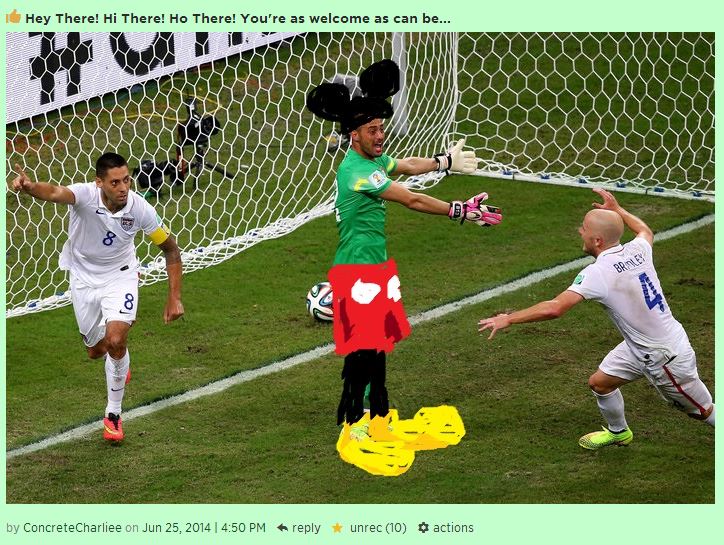 --Never one to shy away from the hard-hitting questions, Anachronism lived up to his name and voiced what was certainly on the lips of millions of soccer fans: 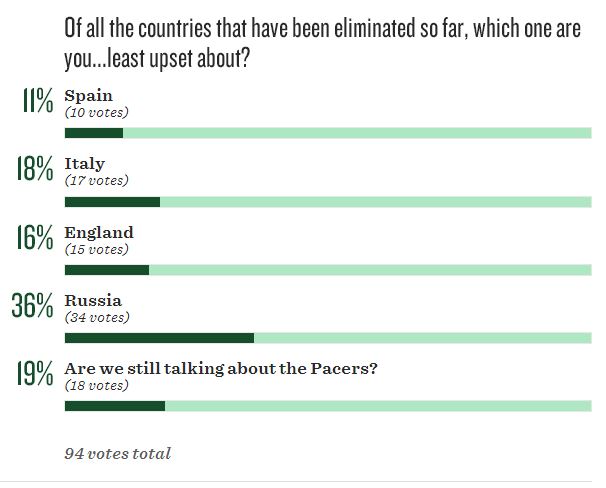 What, you mean you guys weren't satisfied with us beating Russia in Olympic hockey? ...hahaha who am I kidding, this is Russia we're talking about. (Though some of you may have been overjoyed and/or dismayed at Germany's 7-1 obliteration of host Brazil.)