Some of the country's best 2015 recruits gather on the Nike campus for The Opening and Elite 11 competitions.

Share All sharing options for: Notre Dame Commits and Recruiting Targets Set to Compete at 2014 The Opening

The top recruiting talent in the country is making the annual trek to Beaverton, Oregon this week to participate in 2014's The Opening and Elite 11 competitions.

If you're new to the recruiting game SB Nation has a nice quick explanation of how this week works for all of the players.

The quarterbacks for the Elite 11 arrived at Nike headquarters Saturday and their competition continued through yesterday. The E11 can be confusing because 18 quarterbacks are invited to the "Finals" but they cut down the group to 11 after working out in front of coaches. 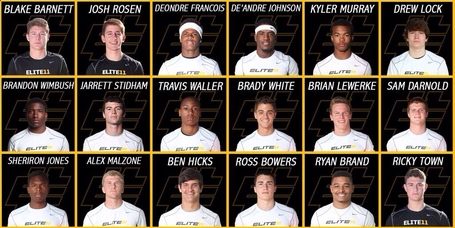 Once they get down to 11 quarterbacks they will choose the most ELITE of them all. Last year, Auburn commit Sean White took home the award.

Since Notre Dame doesn't have a commit from the 2015 class at the quarterback position the competition might not be notable for Irish fans. However, Everett Golson has been asked to come to Nike's campus and help out as a counselor and mentor. 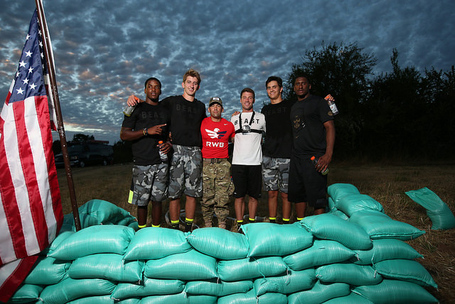 Star of the morning session of Elite 11 at Nike? Everett Golson. Elite 11 counselor was on point and dialed in. Looks great.

247 Sports reporter Ryan Bartow was on the scene Sunday and had this to say:

Notre Dame QB Everett Golson is working out with the top prospects. Showing an even stronger zip and quicker release that led the Irish to the title game earlier this decade and Myrtle Beach HS to state titles before that.

The Opening gets started on Monday and runs through Thursday. The SPARQ competition will take place tomorrow while the 7-on-7 tournament will begin on Wednesday and wrap up on Thursday. There will also be a linemen challenge as part of The Opening.

2014 THE OPENING FULL ROSTERS AND BIOGRAPHIES

In addition to several recruiting targets there are some current Notre Dame commits participating this week.

Our new writer Jamie Uyeyama is in Oregon this week scouting Irish commits and other prospects. When he returns from his trip he'll have a review of The Opening. 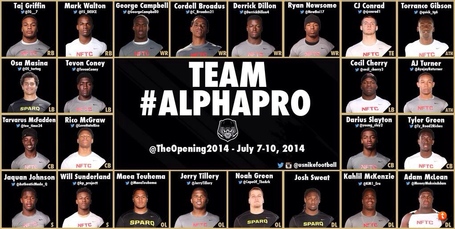 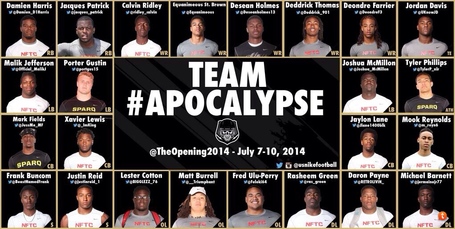 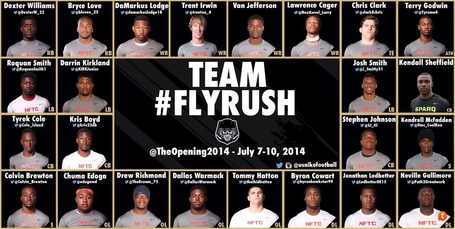 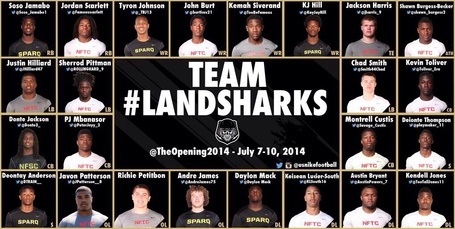 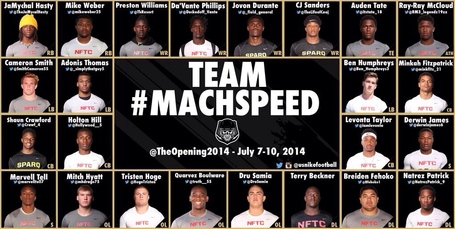 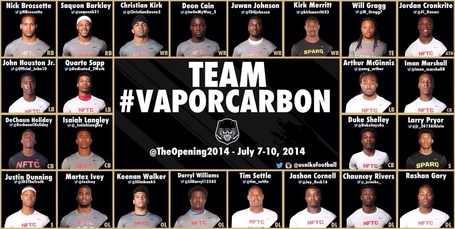 8 players are expected to announce their college decisions at The Opening:

REMINDER: The nation's top high school football event will be televised on @ESPNU July 8-10. Only at #TheOpening! pic.twitter.com/PAYutPcsBX