The Helmet Helper: Fundamentals in Foraging

Baylor doesn't even have a playbook, only practices fundamentals.

Share All sharing options for: The Helmet Helper: Fundamentals in Foraging

The off-season is coming to an end and we regret to inform everyone that this is the last installment of our Helmet Helper series. We hope you've enjoyed it.

Our last re-design is near and dear to our heart at One Foot Down. For years we've debated what makes someone such an outstanding college football coach. Is it the ability to motivate young men? Is it genius play-calling? Does the ability to recruit trump all other traits?

One day a poster made it clear to us all that we had no clue what we were talking about. Back in 2011 the Irish were struggling with turnovers and it was apparently due to the lack of coaching fundamentals on the part of Brian Kelly. He either didn't care to teach fundamentals or did a poor job at it, so we were told. 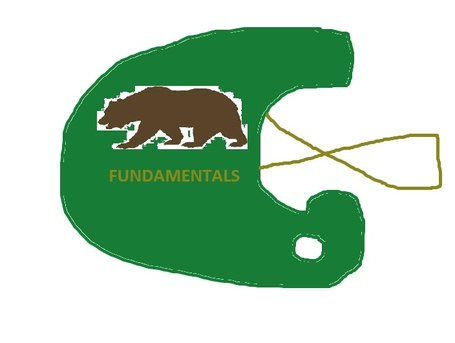 Not so with Baylor's Art Briles whose stress on fundamentals has taken him to the highest mountain tops of the sport. We have been told that Baylor doesn't even have a playbook for either side of the ball. At practice they work on ball security drills, fine tuning technique, and learning how to cause fumbles. 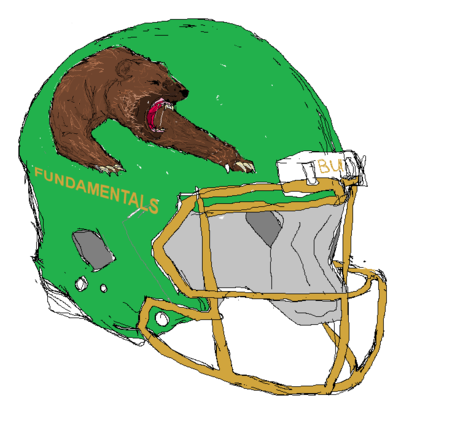 Today we salute Art Briles and his magical ways of teaching student-athletes the core aspects of the game. Even though Notre Dame has turned the ball over 7 fewer times than Baylor over the past two years we'll be lucky if someday we can get a coach who knows and appreciates all that fundamentals can do for a football program.