We continue to pass the time with, well, America's Pastime.

Now that the World Cup has (finally) concluded and the flood of Catholic jokes and memes about "Benedict vs. Francis" has died down, we here at TSW can now return to our regular offseason programming, of, umm...what exactly would you say we do here in the offseason? [Ed. note: Look, FDM, you can tell them pretty much anything at this point. Follow your heart.] Oh, right. Ahem...A MAN AND HIS SON WANDERED ONTO A MAJOR LEAGUE BASEBALL FIELD, YOU WON'T BELIEVE WHAT HAPPENED NEXT! OMG LIKE AND SHARE!!! [Ed. note: Okay...don't follow your heart if it's been seeing too many clickbait-y Buzzfeed headlines.] Umm...how about The Eight Most Insane On-Field Family Moments of All-Time? [Ed. note: No Cracked headlines, either. C'mon, man!] Eh, I suppose when we're this late in the offseason, TSW turns into more of a Choose Your Own Adventure thing, right?

Speaking of choosing one's own adventure, it certainly seemed that Ichiro Suzuki did exactly that when he leaped up the wall and into last week's edition of Trick Shot Wednesday. This week, we're sticking with the baseball theme. However, since we already had "Yankees Appreciation Day" last week, we're going to buck the All-Star Game's Derek Jeter spotlight and focus instead on the next generation of baseball superstardom. And although Miguel Cabrera is certainly an ELITE baseball player, I really do mean the next generation--as in little Christopher Alexander Cabrera, who's pictured above trotting around the field before the Home Run Derby with dear old Dad trailing close behind. So dust off your mitt, find a clean baseball, and join us for a friendly game of catch--er, commenting--to pass the time. Play ball!

Heart of the Order

--Much like a championship lineup, last week's top comments were all about teamwork and building off each other's efforts. In the leadoff spot, NDJuiceBox got things rolling with a crowd-pleasing triple that (love it or hate it) expressed what many (well, at least 10) members of the commentariat think about dem Yankees:

--After a few dry innings, things heated up when ConcreteCharliee drove a double to right field. 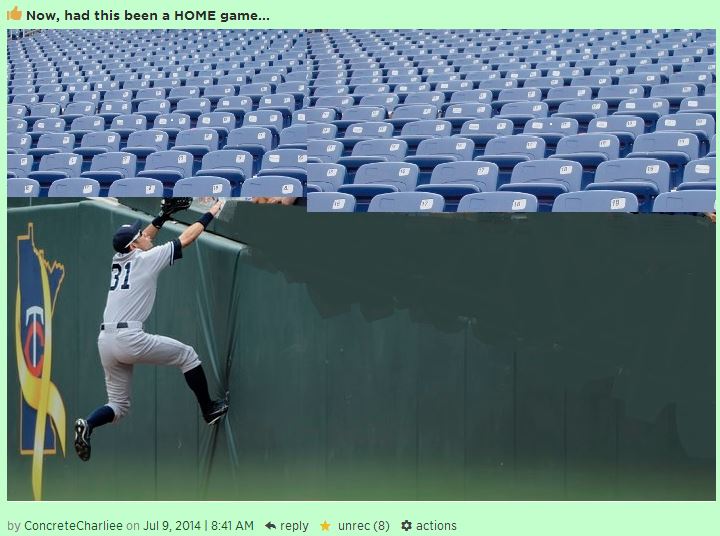 --Burger23 quickly followed that up with an RBI double of his own (although I admit I'm not really sure what he was referencing...), and NDJuiceBox miraculously (and illegally) moved from leadoff to cleanup so he could smack a 13-run shot over the wall in center field. 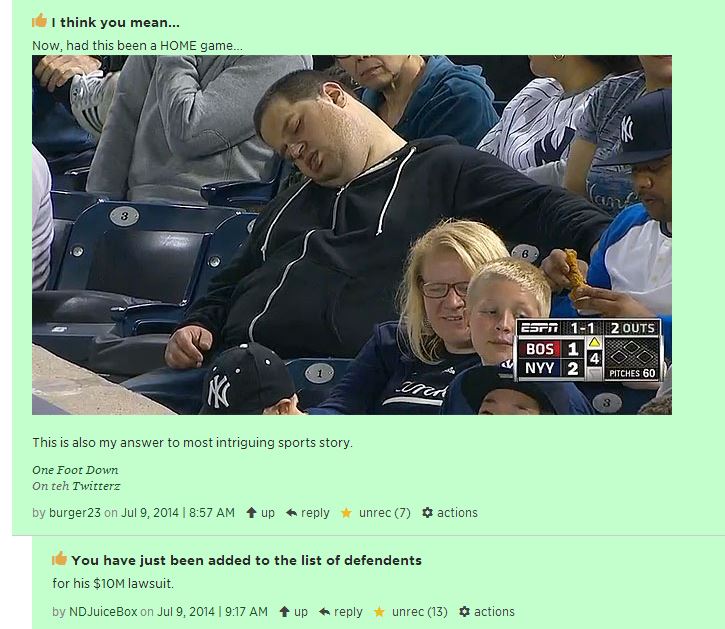 --But, lo! what is this madness? In the bottom of the ninth, just when the situation was looking dire, clearwall brought in a surprise closer to save (heh) the win for the Commentariat! (Cut me some slack here--I can only stretch my baseball metaphors so thin, okay?) 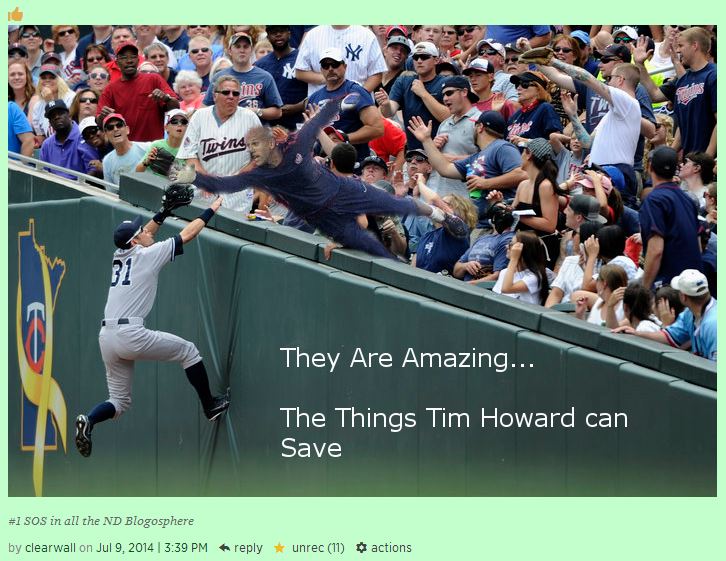 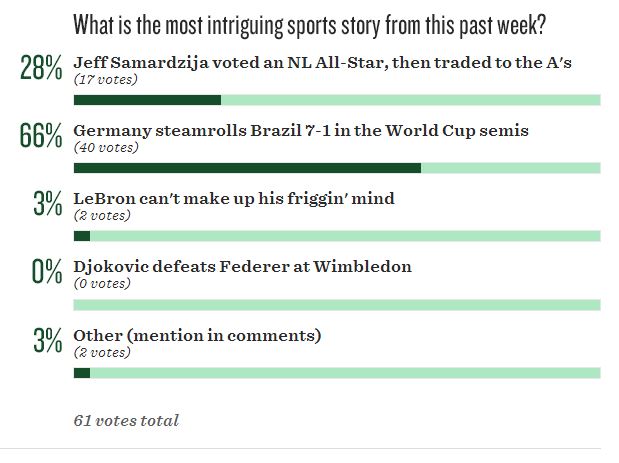 Ha ha, oh man, if only the LeBron to Cleveland thing had happened before we did this poll. Well, it was still an intriguing past week, no?

Go Irish, beat the heat (with an ice cold beer or an Arnold Palmer or something)!