The Irish and Bulldogs have officially scheduled a home-and-home series. 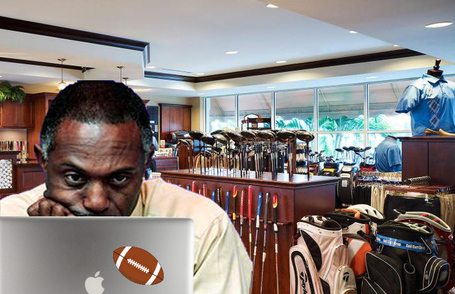 Back in early April we reported that Notre Dame and Georgia were in some serious negotiations to schedule a football series together at some point in the future. On Wednesday of this week it was formally announced that it will be a home-and-home series in 2017 and 2019. The Bulldogs will visit South Bend first and the Irish will visit Athens in the second game.

"As our football schedules evolved with the start of our Atlantic Coast Conference competition in 2014, we had future games slated with top-drawer opponents in virtually all the major conferences," Notre Dame athletic director Jack Swarbrick said in a statement. "One exception was the Southeastern Conference, so we are pleased now to be able to check that box.

"These will be two contests that will have great national appeal, in part because our only previous matchup came in a bowl game."

Of course Swarbrick is talking about the 1981 Sugar Bowl in which Notre Dame lost a frustrating game to Georgia as the Bulldogs won their lone National Title. That defeat was very close to making the Top 75 list that we're winding down on the site.

"Playing Notre Dame will be an honor and a great challenge for us," Georgia coach Mark Richt said in a statement. "I have a lot of respect for the job Coach (Brian) Kelly is doing there and I'm sure college football fans across the country will enjoy watching our two teams compete."

Per the ESPN report, this series may be putting the second half of the upcoming Notre Dame series with Texas in jeopardy. However, there seems to be some confusion as to when those latter two games with the Longhorns are scheduled to take place. They were originally schedule for 2019 and 2020 but Swarbrick may have intimated to ESPN's Brett McMurphy that the dates were actually moved some time ago.

W/Georgia games, Notre Dame-Texas in ’17 & ’19 in jeopardy. "Hopeful we will be able to reschedule," Jack Swarbrick told @ESPN

The easiest move would be to push those games back a couple years but with the prickly Steve Patterson the new AD at Texas instead of our good friend DeLoss Dodds I'm sure it won't be that easy. Notre Dame would especially like to move some things around for 2019 where the schedule currently has road games at Texas, Georgia, and Stanford in addition to games against USC and Navy with the ACC games to be tacked on as well. That schedule could see the Irish play as many as 6 or 7 ranked teams in the regular season which is a little high, even for Notre Dame's typical lofty standards.

Bob Stoops received a small raise from Oklahoma. The Sooners are also planning a $350 million upgrade to their football stadium.

Utah quarterback Travis Wilson was thought to have suffered a career ending injury but has been medically cleared for this fall.

SMU is going to be selling beer at football games in 2014.

Joker Phillips has resigned as the WR coach at Florida.

The Big Ten endorses 4-year scholarships for the future.

Jameis Winston is having a day named in his honor back in his hometown.

Former K-State quarterback Collin Klein is going to be joining the Wildcats coaching staff this year.