The Helmet Helper: On (The) Point

We add the finishing touches to Army's wonderful uniforms.

Share All sharing options for: The Helmet Helper: On (The) Point

Army hasn't been very good on the football field in quite a while. There could be a long list of reasons for their struggles but the biggest is probably their lack of a swagged out helmet. In terms of uniforms they've come close to perfection. The recent incarnations that put topography maps inside the numbers of the jersey and inside the helmet stripe was straight up genius. Wear those now and forever.

However, the helmet still needs work. And no, we're not incorporating any camo into any design. This military vomit of an uniform should never see the light of day ever again. Now that we have that out of the way let's just say I'm not satisfied with Army having a gold helmet. That's our thing! We'd say the same thing about Navy but they went out and created one of the country's best alternate helmets so they're all good. We can't improve on that beauty. 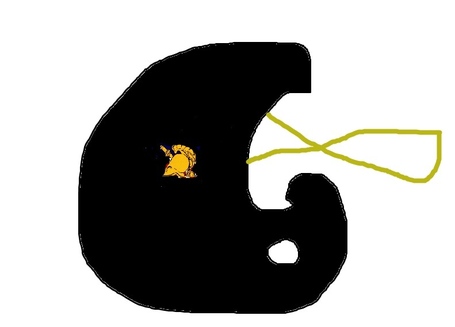 This is West Point we're talking about. There has to be something among the plethora of logos and crests the military academy has as a part of its tradition which we can use. Hey, what about that official school crest? Oh yes, we've seen it appear on the shoulder of your uniforms and as the logo for the undershirt of your alternate uniform. 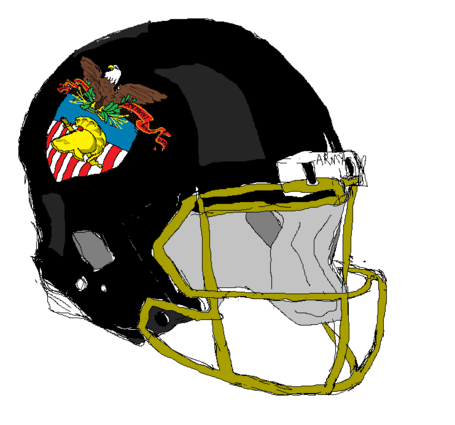 If there's a school that shouldn't be afraid to don their crest on their helmet it's Army. There you go! We hooked you up! Now you can beat Navy, for sure.