OFD Film Room: What Kind of Player is Notre Dame Getting in Nick Coleman?

Coleman is a talented athlete and underrated prospect

Share All sharing options for: OFD Film Room: What Kind of Player is Notre Dame Getting in Nick Coleman?

If there is a position that Notre Dame has been particularly mediocre at since the end of the Lou Holtz era, cornerback immediately stands out due to the lack of standouts.

The Irish recruited well at the position at times, but there were more underwhelming careers than those that exceeded expectations. Although now, almost out of nowhere, it seems like it could be the strongest position group on the team in 2014.

KeiVarae Russell has shown signs of becoming a true shut down cornerback, Cole Luke is a blue-chip recruit with a solid freshman season under his belt, and Florida transfer Cody Riggs has a track record of success in the SEC. Throw in former starting safety Matthias Farley, rising sophomore Devin Butler, and 4-star Nick Watkins who recently arrived on campus and things are looking up in the secondary.

But it's not enough to have those players if a team doesn't continue to recruit well at the position. The Irish are off to a good start this year in recruiting at corner with the highly rated Shaun Crawford and the less heralded Nick Coleman.

Anyone who watched Coleman's film would probably agree with me that he is a more exciting player to watch on offense, but he is a much better fit at cornerback.

Coleman does not have the ranking or the big time offers that excite fans, but he has the potential to develop into a very good player under the tutelage of defensive backs coach Kerry Cooks.

There is not as much film to watch with him on defense, but here is a glimpse of him in the type of role he will likely be playing at Notre Dame: 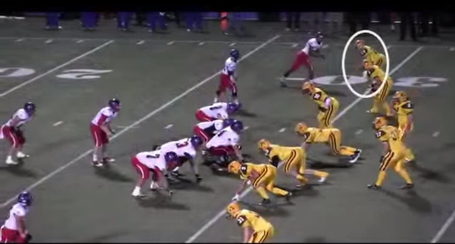 Coleman is lined up on the right side in press man coverage. 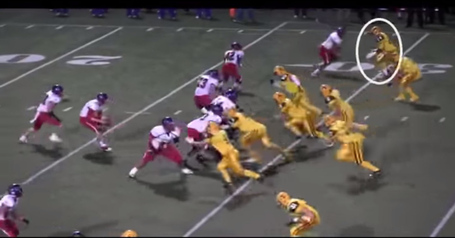 At the snap of the ball you see something that you don't want to see out of a player playing press coverage. He does not get his hands on the receiver at the line of scrimmage and does not jam him at all. He pretty much gives the receiver a free release. 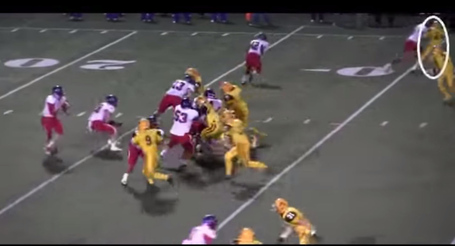 He does not contact him until he is three yards down the field. 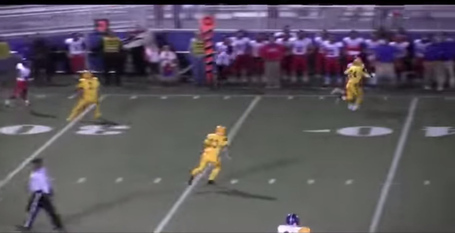 Despite his technical mistake at the beginning of the play, Coleman still has the ability to stay step for step with the receiver down field. He is practically attached to the receiver's hip. 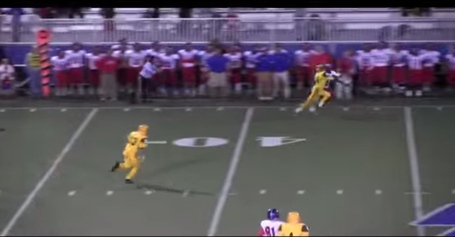 He not only sticks with the receiver down field, he is able to get his head around to locate the football. 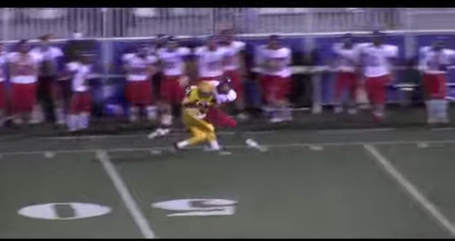 Because of his coverage, Coleman put himself in a position to make a play on the football. He ultimately did not come up with the interception, but he was right there with the receiver in man coverage.

Even though he did not get the jam he should have at the snap of the ball, this was still outstanding coverage and was an example of the kind of athlete Coleman is. Now picture an athlete like Coleman using his length in press coverage and this could have been even better.

That technique can and will be taught to him when he gets Notre Dame. It's the size and athleticism that Coleman possesses that cannot be taught.

It's nice to have polish and potential together in a player, but the vast majority of recruits do not have the total package when they get to school let alone during their junior year of high school. This kid has the athletic potential to grow into a very good player for Notre Dame and it would not surprise me if he was considered a steal in a couple of years, if not by the end of his senior season.

I'm very excited to see what the future holds for Nick Coleman as a football player.