We're riding the Team USA train all the way, you guys.

Share All sharing options for: Trick Shot Wednesday: This One's A Keeper

Look, I know that last week's column may have rustled some folks' jimmies by departing from our usual programming of hockey, basketball, and football (the real kind) and covering World Cup soccer instead. However, The Yanks apparently didn't get the memo that they stood no chance against the so-called "Group of Death" (Germany, Ghana, and Portugal), so for the second week in a row we're shining the spotlight on our boys in the Stars and Stripes. If anyone has an issue with our checkerball coverage, please direct all complaints to Larz, Head OFD Foreigner and Expert on Foreign Things.

In case you hadn't heard, the U.S. went down 1-0 to Portugal in last Sunday's game; since the U.S. was 0-16-1 all-time when trailing at halftime at the World Cup, things weren't looking up for our boys, However, they gutted out two goals to take a 2-1 lead, which was unfortunately wiped out when Portugal scored the latest regulation goal in World Cup history (around the 94:30 mark) to force the draw. Despite the missed opportunity, the result was still favorable for The Yanks, since they still control their destiny for advancing to the knockout round.

To celebrate this continued success, we decided to let U.S. captain Clint Dempsey redeem himself after being featured with a Ghanaian ankle smashing his nose on our front page. The above photo was taken immediately following Dempsey's goal late in the game that gave the U.S. a 2-1 lead. While Dempsey and Michael Bradley are pretty happy, the Portuguese goalie keeper, Beto, wasn't exactly pleased with the result. The rest is up to you guys--go ahead and show off your world-class captioning and photoshopping skills!

--I can't say that I didn't expect it, but I was still pretty impressed with the sheer volume of Ghana puns that poured forth from the Commentariat. Chief among them were the submissions from Silent Verbal and averagegatsby. Honorable mention goes to several others, including jchrapek and clearwall. Keep being punny, everyone. 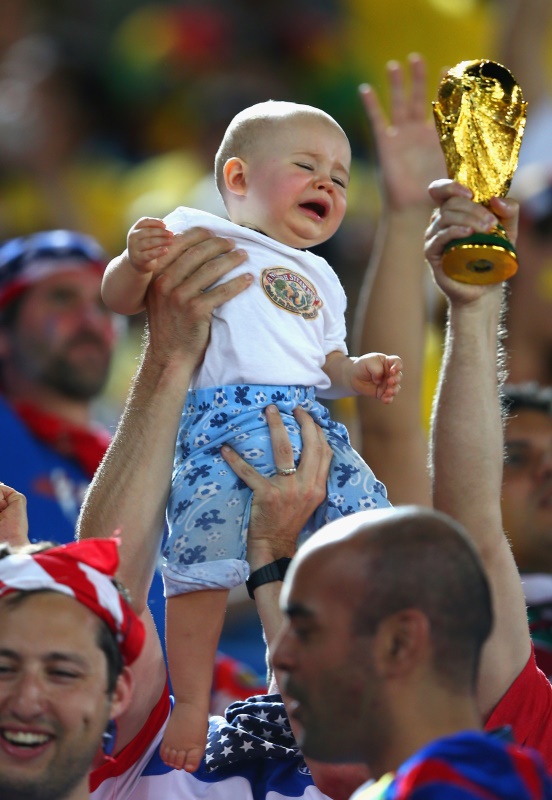 --fishoutofwater popped up and told a little story in her usual bandwidth-gobbling midseason form: 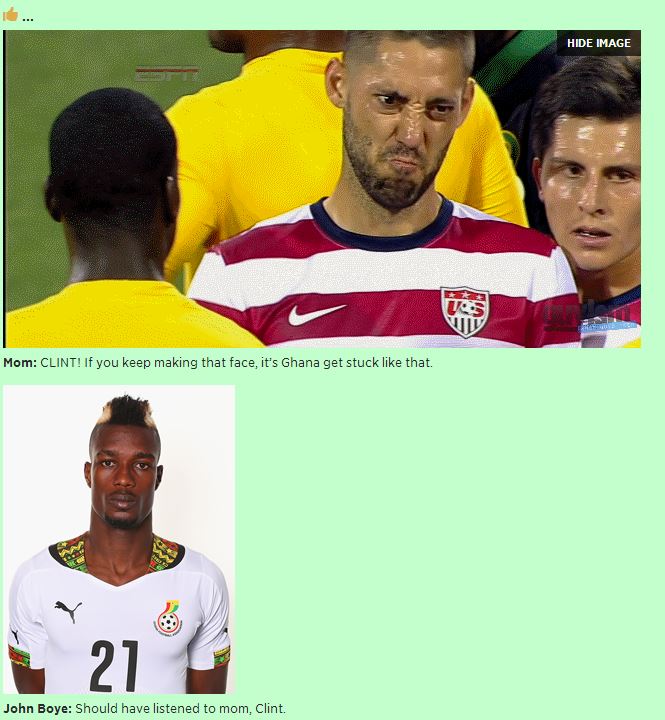 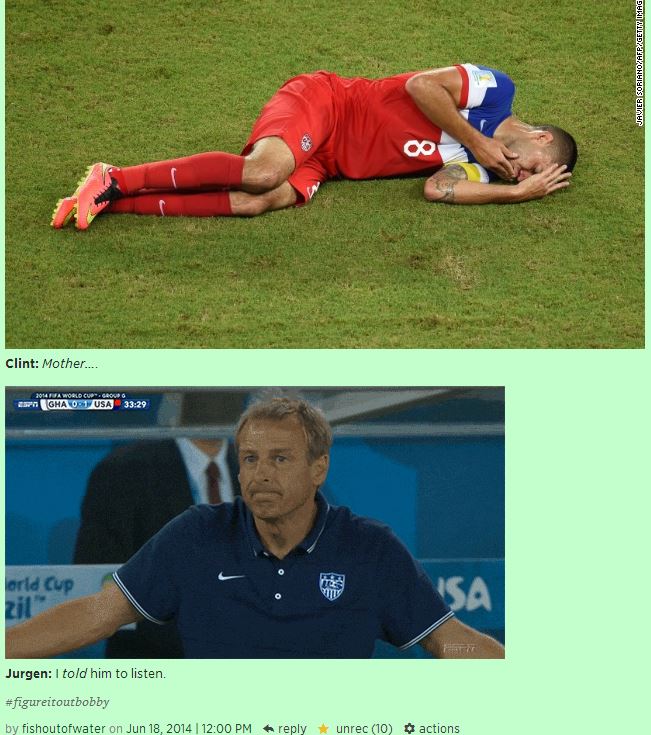 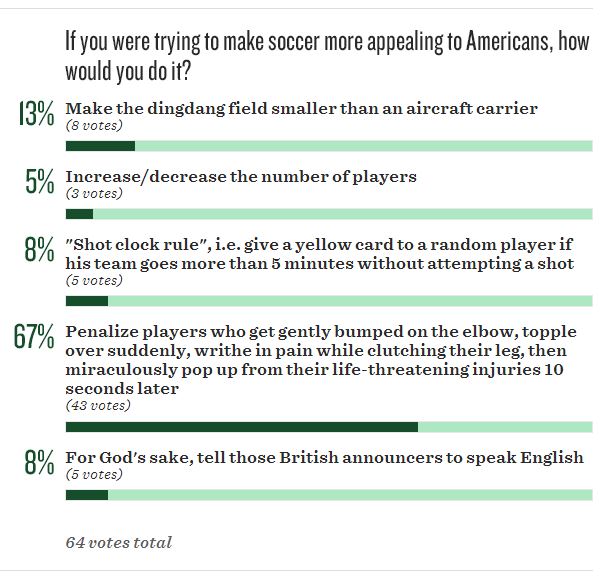 I might as well have titled this one "How To Ensure That Your American Disgust For Sissiness Is Intact". Glad to see that 67%...well, 75% of you passed with flying colors. [Stares at the Canadians]