The Helmet Helper: The War for New York

The Big Apple must be conquered.

Share All sharing options for: The Helmet Helper: The War for New York

There is a war going on. It is being waged from the shores of Lake Erie to the banks of the St. Lawrence River all the way down to the farms of Ulster County and summer homes on Montauk. But most of all, it is taking place on the island of Manhattan.

PEOPLE ARE FIGHTING OVER WHO IS NEW YORK'S COLLEGE TEAM.

Syracuse fired the first shot over 5 years ago. It didn't take long for St. John's to be all like, "I don't think so." Then Buffalo responded in kind. Not to be outdone Manhattan thought they might half heartedly throw their hat in the battle too.

We're not even going to talk about Rutgers. 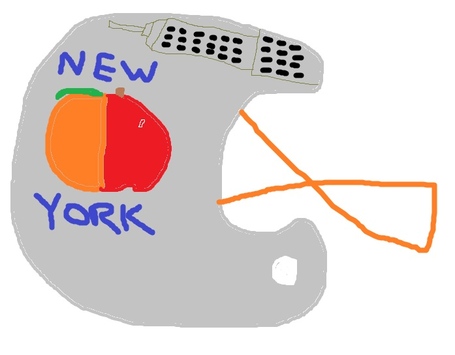 Everyone knows New York is all about the Syracuse Orange. They play used to play a lot of games in Madison Square Garden. Owned the town, no doubt.

Notice how no one wants to use the term "city" in their advertising, though? Sneaky, but deceptive. An upstate school is very cleverly positioning itself as the king of the Big Apple. Sure, the cities of Philadelphia, Washington D.C., Boston, Hartford, and Providence plus about 700 colleges are all closer to New York City than Syracuse but what does that really matter?

We start our new helmet for Syrcause by applying a base platinum silver color as it is officially a new school color per Nike guidelines. From there we use a half orange, half apple to really hammer home the visual point of New York City and the Syracuse team name. 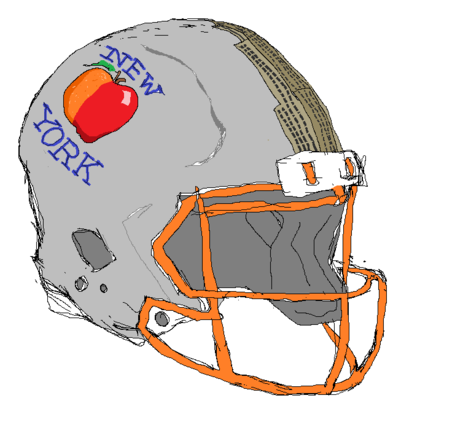 Just in case there are any illusions the Empire State Building is painted as a helmet stripe. Any time you get into a pissing match with Rutgers you have to go big or go home.

The finishing touches include an orange facemask and another reminder through script that this is NEW YORK'S COLLEGE TEAM.