They broke his nose. He shattered their dreams.

Before we get started, let's get a few things straight:

Now that we've cleared up that little misunderstanding, it's time to turn our attention to that glorious once-every-four-years event known as that time when 96.3% of Americans are like, "Wait, we have a soccer team? And what's a 'keeper'?" the World Cup! If you missed our official World Cup Preview, you can find it right here. Anyways, this is always an exciting time filled with passion, patriotism, and dazzling displays of athletic prowess; and for Notre Dame fans, it's especially thrilling to see 2008 ND graduate Matt Besler (#5) racing around on defense. Although Matt left last Monday's game at halftime as a precautionary measure when his hamstring tightened up, he still played a vital role in Team USA's huge 2-1 win over Ghana.

Unfortunately, as phenomenal as the sport of soccer can be, let's be honest: the U.S. of A. isn't exactly a hockey-crazed country (you Canadians can speak for yourselves, I suppose). Common complaints include the oversized field; a culture of flopping that would make Manu Ginobli and Mike Ribeiro blush; the snail's-pace rate of negative-7 shots per game; and incomprehensible terms like try, pitch, keeper, kit, and goooooooooaaaaaaaal. However, despite all these objections, soccer can be a pretty dangerous sport. Just ask Clint Dempsey, who--after scoring the 6th-fastest goal in World Cup history to give the U.S. an immediate 1-0 lead--went up for a header and got an unceremonious nose-breaking boot to the face for his troubles.

Yeah. Ow. But hey, he bounced back a few minutes later and captained Team USA to victory, so it's totally cool to put a silly caption on it! ...right? [Look for a bonus entry in the comments sometime tomorrow!]

--jchrapek offered a (pencil-necked) dinosaur-heavy interpretation of Bosh and Duncan duking it out in the paint: 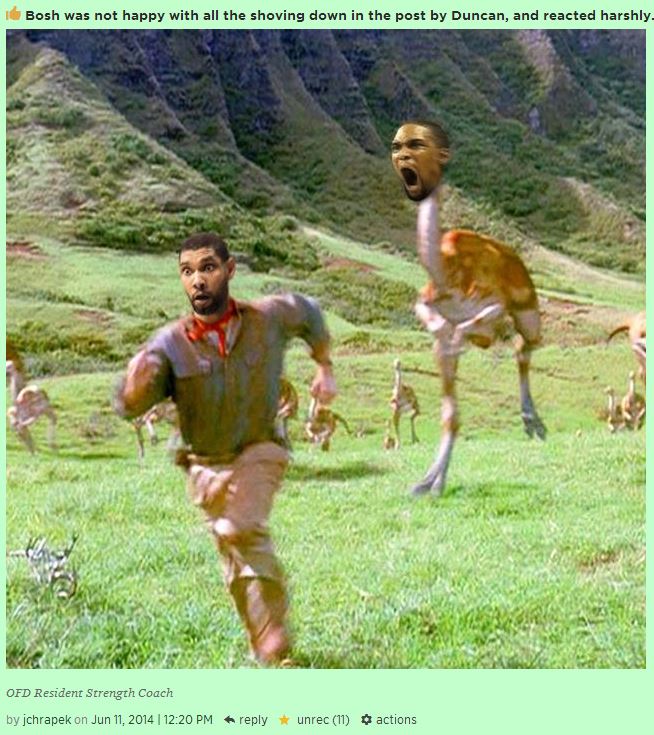 Not to be outdone, Newcomer With An Incredible Name Kendall Moore's beer gut responded to the Jurassic challenge issued by occtipus: 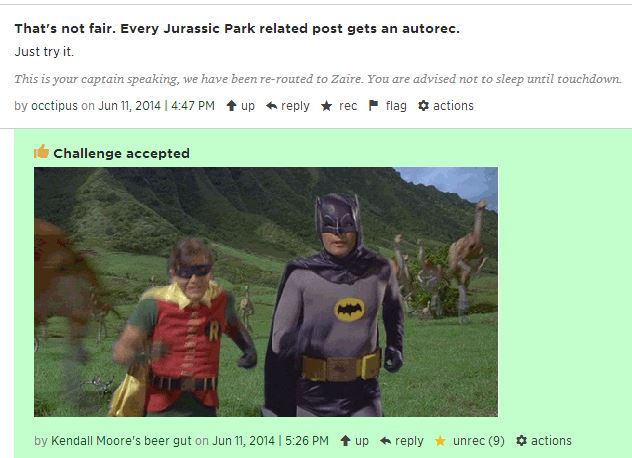 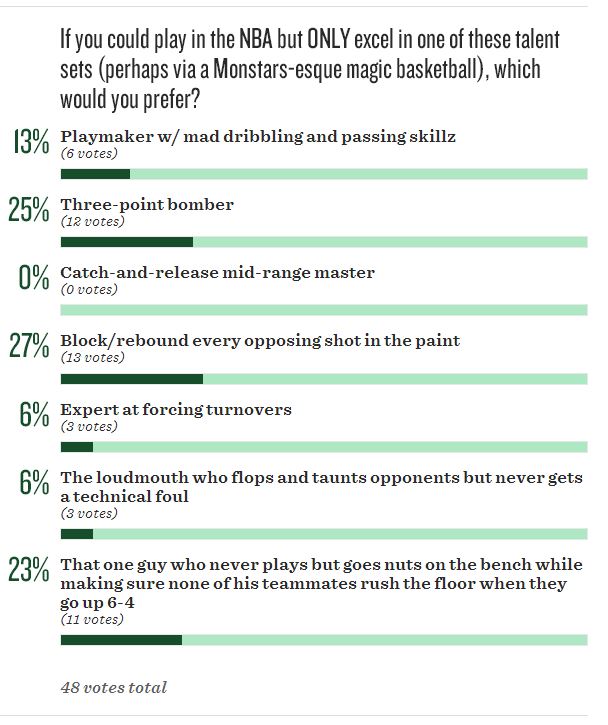 As per usual, I tried to find the common thread in the top results...and to the surprise of absolutely no one, the Commentariat's three favorite positions are all roles that involve as little movement as possible. Hurrah for laziness!