We dig deep to give Michigan's helmet more marketability.

Share All sharing options for: The Helmet Helper: Re(Brandon)ed

The winged helmet. Today, it represents Michigan but that wasn't always the case. A product created by Wilson for their football catalogs the design was first used in various forms by Ohio State, Indiana, Georgetown, Michigan State, and Princeton.

As the story goes Fritz Crisler liked the way the winged helmets looked and ordered some for his Princeton team before the 1935 season. When Crisler became head coach at Michigan in 1938 he brought the design with him to Ann Arbor.

Today, we're big fans of current Michigan athletic director Dave Brandon. What a great guy. We know he'll be on board with this concept. What we want to do is shake things up and really get Michigan back to its roots which is wearing a helmet in Princeton colors. Such a tremendous nod to history. 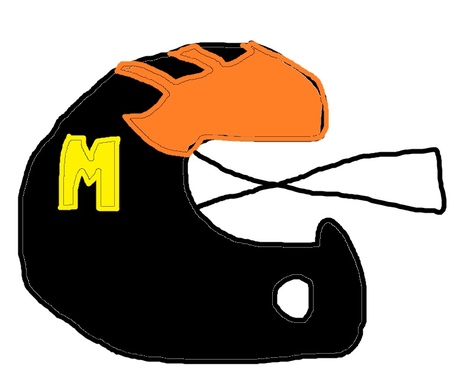 We really think the BLOCK M (this must always be capitalized for effect) ties everything together. When you talk about branding there's nothing stronger than a winged helmet thing with stripes and a bold BLOCK M.

But wait, are we sure about this? A BLOCK M is used by many schools including Maine, Manhattan, Marist, Marshall, Maryland, McNeese State, Memphis, Mercer, Miami (OH), Minnesota, Mississippi State, Missouri, and Murray State.

I just don't think we can use something that has been so diluted by so many other schools. 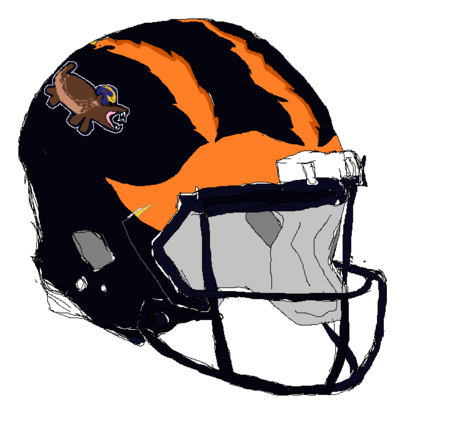 Ahh but the mascot! The wolverine. It's a scrappy little bugger. Tell me what other team in history has ever put a wolverine on their helmet? And how about a wolverine wearing a football helmet?

This should also allow Dave Brandon to create a gameday mascot for Michigan, which is a big goal of this project. Once these helmets starting flying off the shelves from the all the kiddos who think its cool it will make it an inevitablity. Then there will be consternation from the rest of the fan base who will be appalled at such a sight as a person walking around in a wolverine costume. Hey, you can't please everybody. 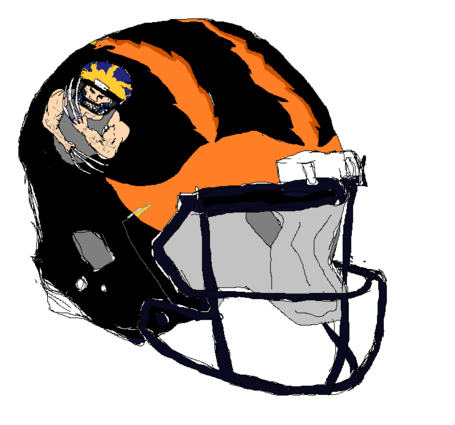 We've also introduced an alternate helmet, as well. It might be even more popular than the regular lid. Marvel Comics are so hot right now.