OFD Film Room: What Kind of Player is Notre Dame Getting in Josh Barajas?

Share All sharing options for: OFD Film Room: What Kind of Player is Notre Dame Getting in Josh Barajas?

Right before Notre Dame fans received an unpleasant surprise in recruiting last week, they got a nice one the week before when linebacker Josh Barajas flipped his commitment from Penn State to Notre Dame.

Barajas is considered to be one of the best linebackers in this recruiting class and it's not hard to see why when watching his film. He does a lot of things really well at the position.

He tackles well. He takes good pursuit angles. He's solid in coverage. When I first wrote about him in April, I said that he is one of the safer prospects in this class that I have seen. He is already a bit of a polished product when compared with some of the other top linebacker recruits in this class.

The one thing that distinguishes Barajas from so many of his peers at the high school level is that fact that he takes on blocks and can shed them to make a play.

Here is a perfect example of what I'm talking about:

Barajas is lined up on the right side of the defense up on the line of scrimmage. He is outside shade of the tight end on the play. On a run play, it is his responsibility to set the edge and keep contain. In other words, he cannot let the ball get outside of him if the offense is running the ball. 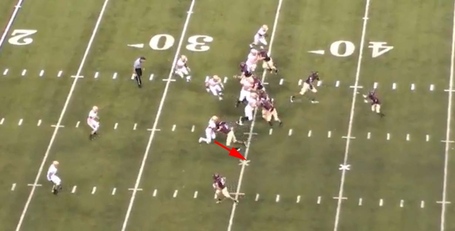 The offense is running a toss play to Barajas' side. The tight end is trying to reach block him so the back can get outside and have a nice running lane. Barajas is engaged with the tight end and has to get outside to contain the play. 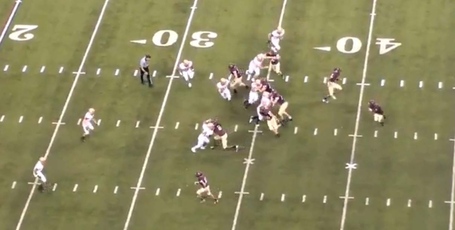 As you can see, he does a great job of using a quick arm-over move to disengage from the tight end. 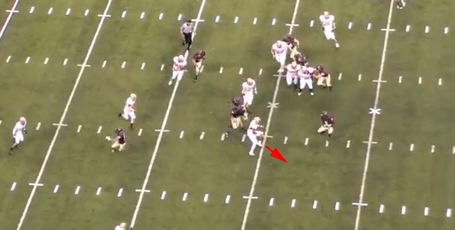 He's now free from the block and needs to contain the running back and force him back inside where the rest of the defenders can assist in making the tackle. If the running back stays outside, Barajas needs to make the play. 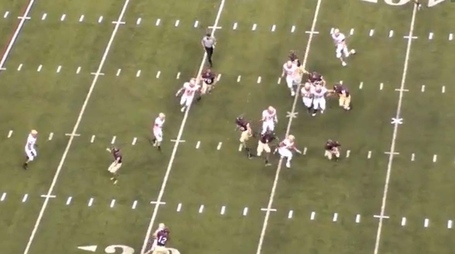 The running back still tries to get outside, but he's in a bad position because Barajas is ready for him. 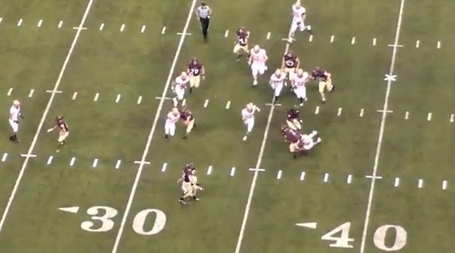 The back almost makes a great play, but Barajas is able to wrap up and finish the play for a tackle for loss.

This is just one of many examples of Barajas getting off blocks and making tackles. This seems like a fairly routine play, but you would be surprised to see how many defensive players make almost all of their impact at the high school level when they are unblocked. Most don't know how to take on or shed blocks and when they are forced to do it at the college level, it usually takes them awhile to learn and excel at it.

That will not be the case with Barajas. He is already good at it and experienced in doing so.

There are other bigger hitters at the linebacker position in this recruiting class. There are more explosive athletes as well. But you're not going to find many linebackers in the class of 2015 that can do as many things as well as Josh Barajas does them. He's not as dynamic as current Notre Dame linebacker Jaylon Smith was coming out of high school, but there aren't many players in any given year that fit into the category that Smith was in.

Notre Dame took a lot of talented athletes on the defensive side of the ball in the 2014 recruiting class with low floors and high ceilings. It's hard to know what to expect from players like Nile Sykes, Kolin Hill, and Jhonny Williams. They are physically gifted, but will they develop the other parts of their game to make them effective football players for Notre Dame?

Barajas is a good athlete and, although he may never develop into an All-American at Notre Dame, he has the chance to be a very good starter for multiple years for the Irish. He just needs to continue to physically mature and advance the skills he already possesses. It would be a surprise if he didn't end up developing into a consistent and reliable player at Notre Dame.