Hitting the Links: More Details on the Playoff Selection Process

Share All sharing options for: Hitting the Links: More Details on the Playoff Selection Process 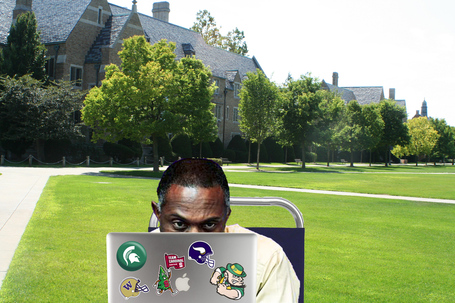 The process through which the College Football Playoff Committee picks teams is starting to take shape. The first big news item released this past week was that the weekly rankings would not begin until October 28th of this upcoming season. To put that into clearer terms the first CFB Playoff ranking will be released on the Tuesday following the 9th week of games.

More on the voting process by the AP via ESPN:

Voting for the newest college football poll will be done using the same procedure and recusal policy used by the committee that chooses the 68-team field for NCAA men's basketball tournament. The voting will be broken down into tiers, with the panel first grouping teams and then coming to a consensus on how they should be ordered with numerous votes.

A committee member who is currently employed or compensated by a school, or who has an immediate family member at a school, will not be allowed to vote for that school.

The committee, which includes five current athletic directors, will meet in person for a day every week and their rankings will be released on Tuesday nights on ESPN.

Brett McMurphy also has a nice Q&A on the basics of the playoff selection process, who is part of the committee, and what's going on with the games this fall RIGHT HERE.

Here's another interesting nuggest on the process:

How is this playing out for everyone? About how you expected? Better than you thought? Are there some major errors being made already?

The Pac-12 coaches don't like the SEC 8-game schedule very much.

New Penn State head coach James Franklin was in a little bit of a heat recently.

If you haven't heard yet, Jameis Winston stole some crab legs from Publix.

The SEC Network announced its early season TV schedule for your perusal.

One of the country's top JUCO quarterbacks will be heading to Louisville this summer.

The NCAA is trying to delay the O'Bannon trial.

Nick Saban said the B1G is a really good conference. In future news, Alabama will be signing a series or two with the B1G's worst teams, I'm sure.