The Helmet Helper: Half Man, Half Amazing

We've created the prettiest helmet there ever was.

Share All sharing options for: The Helmet Helper: Half Man, Half Amazing

A lot of helmets need help out there and we're going to rescue them. Take the University of Connecticut, for example. Before 2013 they were just another school that couldn't come up with a good enough logo and slapped a big letter on the side of their helmet. Is that a helmet for the Columbia football team? The Citadel? Who knows! Certainly the rest of the country couldn't identify that with this fine instution in Storrs.

That was terrible branding. As funky and non-traditional as UConn's new helmets from 2013 were at least they were trying something different. Sure it didn't quite work and gave us a bunch of laughs but that also opened the door for the Helmet Helper. 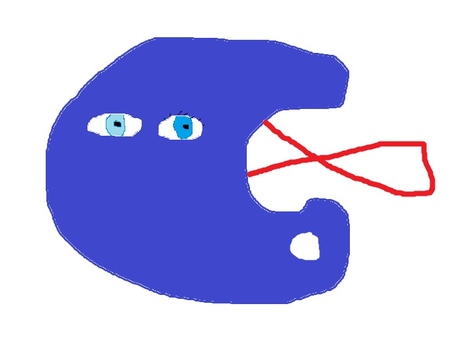 What the heck is that, you ask?

Well, since the Siberian Husky is the most attractive and handsome dog to walk earth we're definitely going to keep the animal as part of the design. You're probably thinking, "I thought that was a dog's eye on the left" so congratulations you were right.

However, there's someone else with piercing blue eyes too. He left South Bend recently. Got his own gig. Made the press swoon during his introduction. We all miss him whether we want to admit it or not. 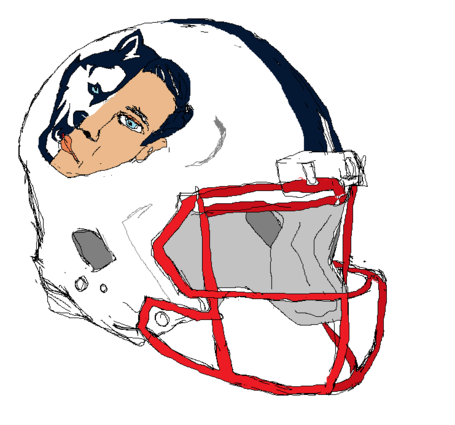 It may be the only half-human half-dog helmet logo in history but it is certainly the greatest of its kind that will ever exist. We personally guarantee no helmet-to-helmet contact with these lids as no one would dare scar this majestic crest.

The helmet was changed to white in production because that's what genius does. When the artistic muse whispers in your ear you don't fight it. Bobby D & the Dog (hmm, do I smell the name of an awkward student rap video?) need to let their eyes pop on a white background. Simple as that.

James Franklin has nothing on the Teacher of Werewolves.