Trick Shot Wednesday is Going (Ray) All-in for the Playoffs

Share All sharing options for: Trick Shot Wednesday is Going (Ray) All-in for the Playoffs

Now that all of you have graduated and moved out into the real world--you have, haven't you?--I'm sure you're all taking advantage of your newfound free time by plopping on your couches and continuing to watch the ongoing NBA and NHL playoffs. So far, this postseason has been rife with Game 7's, thrilling comebacks, old rivalries renewed, and a heckuva lot of hoopyball action to follow. For this week's TSW, we bring you Ray Allen, who can't even right now. Like, on a scale of 1 to "teenage girls on Tumblr", his reaction is most assuredly toward the latter part of the spectrum. Why don't you all go ahead and fill us in on the wisdom Mr. Allen is spouting in mid-shot/mid-foul, then you may return to your regularly scheduled programming of lounging about watching the postseason(s).

--In his long-awaited return to the winner's circle, ndmspaint chimed in with an artistic depiction of Johnny Manziel's future in football. (Kudos to all of you who gave many-rec'd replies to this image.) 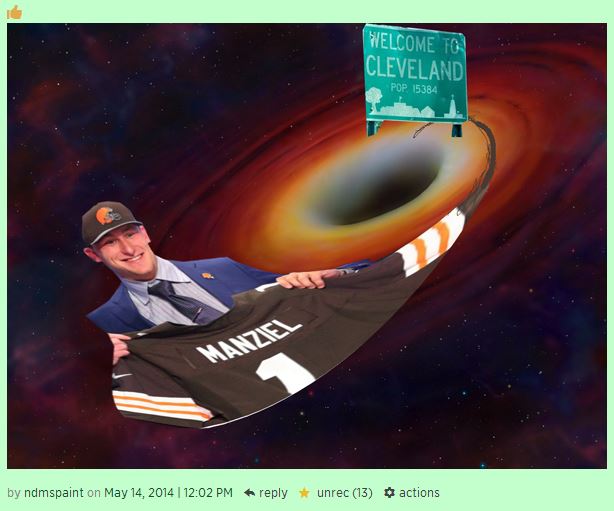 --As has become his custom, Eric Murtaugh claimed a close second in last week's voting with some dual mind-reading.

--Finally, clearwall produced one of my personal favorites of last week's submissions: 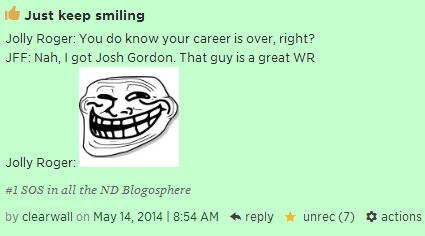 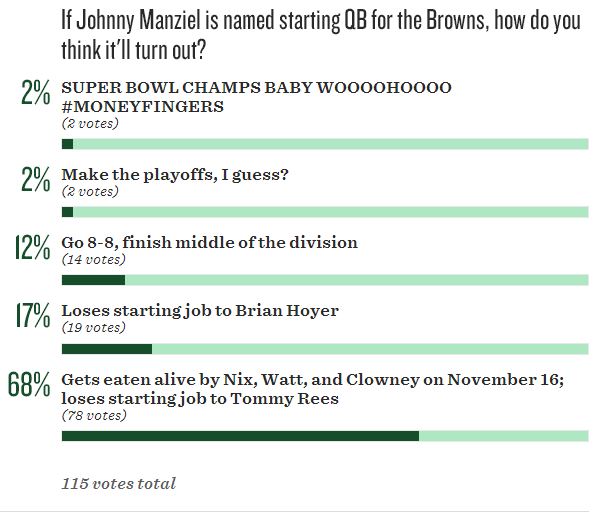 Dear God. Better tell Cleveland to snap up that free-agent gem named Thomas Rees before it's too late!

Go Irish, beat everyone (who's not already done with school, that is)!