This past week, years of dedication and hard work by ND's coaches and players paid off as OT Zack Martin, DE Stephon Tuitt, TE Troy Niklas, DT Louis Nix, OG Chris Watt, LB Prince Shembo, CB Bennett Jackson, and WR T.J. Jones all heard their names called at the 2014 NFL Draft. Since Texas failed to have any of its players drafted (LOL), Notre Dame now possesses the longest streak of years with drafted players at 77 seasons. Suffice it to say that there ain't no shortage of talent on CBK's squad. 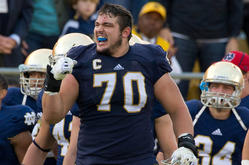 Click here for specialized analysis of all 8 Irish draftees and their new teams!

In light of all these guys getting the chance to live out their dreams of playing pro football, it's easy to be pretty optimistic about how their careers will go. I mean, we all know it's only a matter of time before T.J. steals the WR1 spot in Detroit from Calvin "Megatron, Chiefest and Greatest of Calamities" Johnson. Likewise, any mere simpleton USC fan could tell you that Louis Nix will have, like, four times as many TFL's and sacks as J.J. Watt and Clowney combined. And mark my words: when Tom Brady limps off the field in the AFC title game next year, don't be surprised when good ol' Tommy Rees trots in to save the day.

But in the midst of our merriment, let us pay homage to the man who just joined the long brown line of excellent college QB's who promised to reverse Cleveland's less-than-stellar football fortunes (apologies to Cleveland fans for opening that wound). I'm speaking, of course, about #1 #22 overall pick Mr. Johnny "Or Is It Jhonny, Bro?" Manziel. We should really cut him some slack; after all, he's inherited a tough job that has defeated better men than he. Just ask Brady Quinn! [Ed. note: Warn our Cleveland readers to not cry on their keyboards when reading that part.]

Using your superior captioning skills, tell us what encouraging(?) advice(?) Roger Goodell gave young Johnny as they posed for the above photo. See you in the comments!

--Drawing upon an OFD classic, CleverScreenName got [sigh] a little creative with the situation. 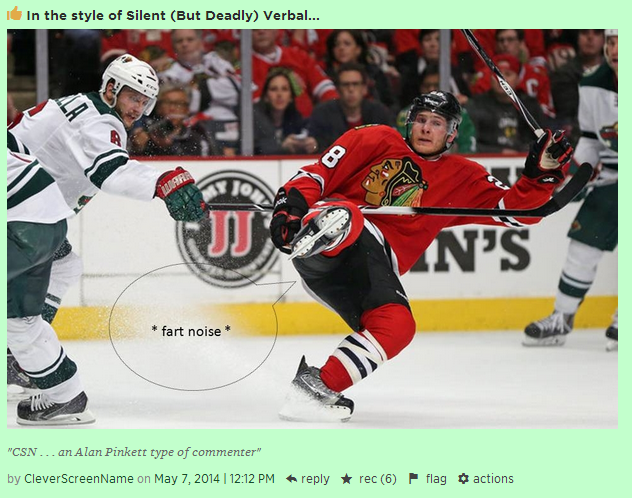 --Clearwall apparently decided that since we're heading into summertime, the fans were a tad overdressed for the on-ice festivities. 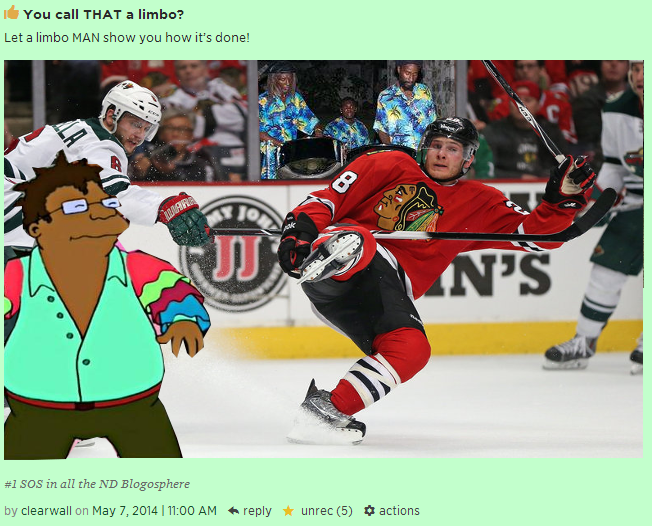 --Honorable mention goes to occtipus for making a Cam McDaniel-Silent Verbal mashup, a move akin to firing the Blue Shell. 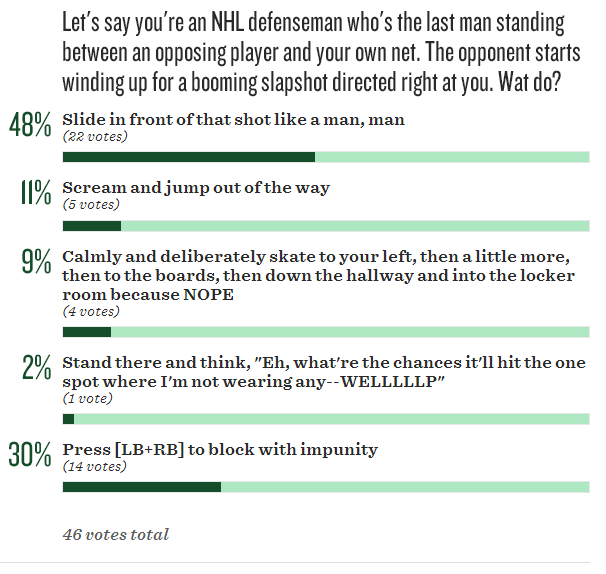 I'm not sure whether I'm impressed with the selflessness of 22 of you (36, if you include the gamers) or a little frightened at the mentality of guys who would be willing to do that. What do they call those kind of people, again? "Professional hockey players?"