Ah, it's good to make fun of USC again.

Share All sharing options for: Trick Shot Wednesday: The Return of Lane Kiffin

As we enter the time of year when big papers are being written, students are cramming for finals, and hockey and basketball teams are going at it, it's pretty easy to forget about our beloved sport of college football. Aside from the Blue-Gold Game a few weeks ago, our fanbase hasn't had much to chew on aside from #hotsportstakes like "Do you think we'll have a starting quarterback this year," "It appears that our linemen are mostly heavy guys," and "We can avoid the playing surface issue altogether and play a Shamrock Series game in space or something, right?"

Of course, TSW has not been immune to this lack of new Notre Dame material. With the exception of Big Lou rumbling in for the score, most of the TSW entries in 2014 are non-football-oriented, generally pulling from the realms of the NBA and the NHL. This is all well and good, but most of you guys probably came here to the site because of your love of football, not necessarily an affinity for slideypuck.

As such, judging by the bleak results from last week's column (I don't blame you guys one bit--it was the Pacers, after all), it's time to zap some life into the Commentariat by presenting, for the first time ever on TSW, Alabama assistant coach Lane Kiffin. Lane is very well-known round these parts as the guys who lucked into a great roster at USC and promptly dove the team into the ground. And so to cheer you all up after last week's airball, go ahead and do your worst with this photo of him making an Alabama player feel as awkward as possible.

Since nothing was green'd by you folks in last week's edition, we're just gonna leave this category wide open.

However, just because nothing got green'd doesn't mean that you guys didn't give us your fair share of awesomeness. And by "awesomeness" I mean "a nearly-equal balance between a devout prayer life and an insatiable hunger for teh baconz." 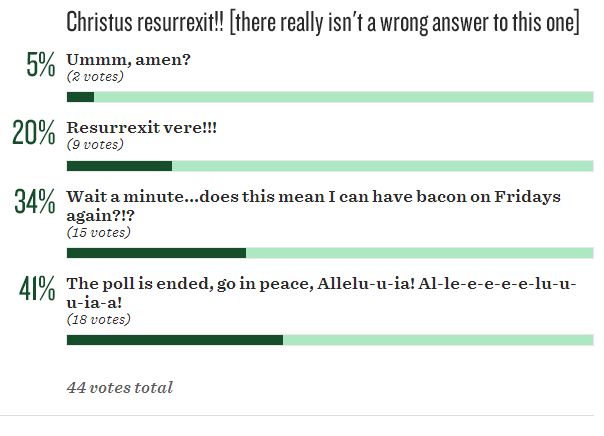 Until next week, Go Irish, beat everyone! (And Finals Week, too!)