Hitting the Links: NCAA Not Sitting On Its Hands

As the Northwestern union vote takes place the NCAA decides to get more pro-active with change.

Share All sharing options for: Hitting the Links: NCAA Not Sitting On Its Hands 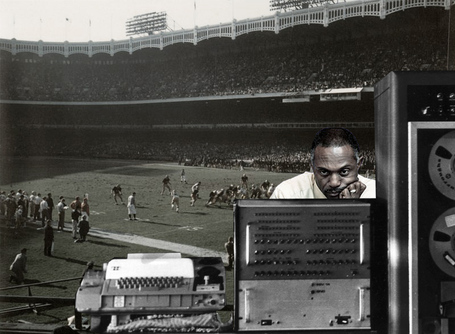 The NCAA has taken many arrows in recent years but to the consternation of many the institution isn't going away any time soon and recently endorsed a plan to give more power to the major conferences. We've brought up these discussions before and it looks like they are becoming more of a reality. From ESPN:

If the plan is put into place, the 65 schools in the ACC, Big Ten, Big 12, Pac-12 and SEC would have autonomy to set their own rules on issues such as cost-of-attendance stipends, medical coverage and travel to games and tournaments for players' families. The board will continue to discuss whether the power conferences could set their own policies in areas such as per-week time limits, recruiting, coaching staff limits and outside career interests for players and transfers.

A new structure for governing Division I also would be put into place. The board of directors, led primarily by university presidents, would remain but would focus mainly on oversight. A new council composed of at least 60 percent athletic directors, plus two voting players and four league commissioners, would be in charge of day-to-day policy and legislative action.

One of the big reasons why the NCAA has been slow to make changes is because the smaller schools have vetoed a lot of things citing a growing disparity in competition. It looks like the major conference teams have had enough of that.

The board also decided on Thursday that any rules adopted by the power five conferences would not require separate votes by the other 27 leagues. NCAA officials said they would seek more input from those conferences on how they would want to handle those decisions.

Where does Notre Dame fit in with all of this? That would be a good topic of an interview with Irish athletic director Jack Swarbrick. I will assume that we're rolling with the ACC and major conferences on this issue, although there might be some fine print to be added for the still independent Irish football program.

Some of the big ticket stuff that the D-1 Board of Directors cited as coming under their actionable authority included:

• Financial aid, including full cost of attendance and scholarship guarantees
• Insurance, including policies that protect future earnings
• Academic support, particularly for at-risk student-athletes
• Other support, such as travel for families, free tickets to athletics events and expenses associated with practice and competition (such as parking)

The Northwestern players cast their votes on a union but we won't know the results for some time. The rumors out of Evanston are that they didn't come close to gaining enough votes for a union. The SBN Northwestern site had some thoughts on the historic vote.

The ACC coaches appear happy with 8 conference games, which means they are happy with Notre Dame continuing to rotate in on their schedules.

Michigan center Graham Glasgow will be arraigned on a drunk driving charge next month.

Charlie Strong isn't getting any hopes up for Texas fans in 2014.

Fifth-year transfer Chad Lindsey will be playing center at Ohio State this fall after leaving Alabama.

The Pac-12 and Big 12 are exploring the possibility of playing a college football game in Mexico City.

Jim Tressel is among the 3 finalists for the President of the University of Akron.

SB Nation did a fantasy draft for the 2014 recruiting cycle.

NBC: Where will ND find its pass rush?

NBC: What to expect from Cody Riggs