Notre Dame's rival is sticking with its quarterback from last year. 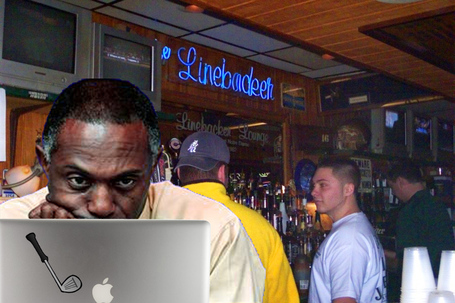 Earlier this week new Southern California head coach Steve Sarkisian made one of the least controversial decisions in team history by naming Cody Kessler the starting quarterback for 2014.

Kessler, a redshirt junior, started all 14 games last year for the Trojans after winning the job in a battle with Max Wittek. Subsequently, Wittek announced his intention to transfer back in February and is still looking at schools as he has 2 years of eligibility remaining in his career.

The decision by Sarkisian made a lot of sense. Kessler had a pretty solid 2013 and practiced with the 1st-team for the entire spring. However, big-time 5-star recruit Max Browne will now have his eligibility clock start to tick as he comes into his redshirt freshman season. It will be interesting to see how patient Browne remains or if he can push for some playing time when the season rolls around in late August.

NCAA President Mark Emmert opened up on the Mike & Mike show on Friday.

In other NCAA news, there is a proposal that athletes with hardship waivers will have to sit a year but also gain an extra year of eligibility.

The new Texas AD is not a fan of the Northwestern unionization efforts.

The NFL is wondering if the Bronco's visit to Alabama violated the CBA.

Louisville and Adidas agreed to a mammoth 5-year deal worth $40 million.

The Chick-fil-A Bowl is adding the 'Peach' back to its name.

Charlie Weis has picked his quarterback for 2014. Good luck to him.

The lawyer of Jameis Winston's accuser wants the case re-opened.

Nike released new uniforms for Washington. And Syracuse. And Illinois.

Hey, there's a new rule the protects quarterbacks from being hit at or below the knees.

Chuck Martin did an interview with SI.com about rebuilding at Miami Ohio.