TSW takes one last breather before the college hoopyball tournaments begin, and a familiar face from ND hockey makes his professional debut on the OFD ice sheet.

So, how many of you have filled out your March Madness bracket(s) already? I'll be honest, the only thing I know about this year's tournament is that we're not in it. What'll most likely happen is that 3 minutes before (16) Southeastern Curling Bowling Green State Tech tips off against (1) The Monstars, I'll be frantically scribbling in my answers and picking winners based on number of syllables, average snowfall per year, length of mascot's beard, etc. Sooo...you may want to take care of that soon. Anyways, here at OFD, we believe that everyone's a winner! you've gotta earn your stripes through healthy competition. And what better way to do that than, y'know, photo captions? (And no, I'm not about to do another TSW voting bracket--once a year is enough, thank you very much.)

--occtipus and his comparison of the Romo photo to this commercial. If nothing else, it succeeded in making me giggle when I imagined Jason Garrett smirking and Romo slowly saying, "....hey!"

--Joint victory to fishoutofwater and Eric, whose griping over being snubbed by voters last week was brilliantly re-presented by Fish in a more dramatic form. YOU SEE WHAT HAPPENS WHEN YOU RAISE OUR BLOOD PRESSURE WITH GARY GRAY JOKES, ERIC?!? 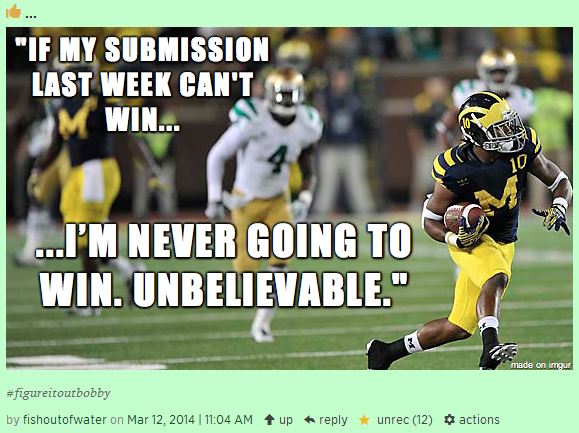 --Thank you, tlndma, for having Tony Romo sum up my existence so succinctly.

--Honorable mention to 8footpenguin for making me guffaw audibly (the only reason it didn't win was because it wasn't meant as a photo caption...OR WAS IT). 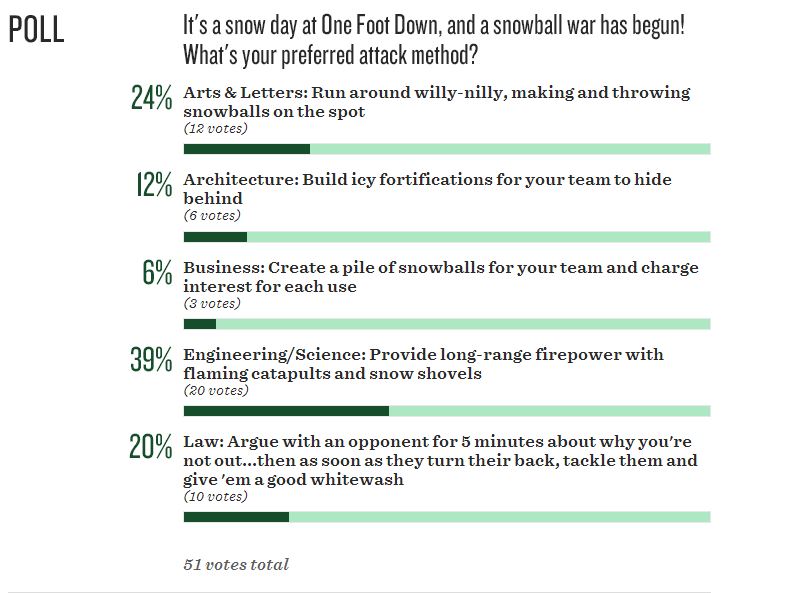 Sounds like we'd have some pretty balanced teams! Thankfully, though, it looks like the snow is FINALLY beginning to melt. Also, just to clear things up: "scientists" and "engineers" are basically the same thing, right? hahaha hey come on now put those snow shovels down I didn't mean it WAIT STAHP

This week, I decided that since you will all be inundated with college hoops for the next several weeks, this week would be a great opportunity to honor our beloved ND hockey team as they prepare for the Hockey East semifinals. And since we're not exactly drowning in college hockey photos here, I decided to check in on some of our former players who are now in the NHL (Erik Condra, Ian Cole, Riley Sheahan, etc.).

For most of us, one of the most notable names in recent history is Anders Lee, who was the captain of last year's Irish hockey team. This photo (taken a few weeks ago) depicts El Capitan joyously celebrating his first goal of the 2013-14 NHL season with Ryan Strome and thousands dozens of Islander fans. If you remember, last year Anders became only the third player in NHL history to score on his first shot of his first shift of his first game, along with some guy named "Mario Lemieux". You know the drill by now, guys--caption away!