Here are some facts and figures leading up to Brian Kelly's 5th recruiting class at Notre Dame.

National Signing Day for college football comes this Wednesday. Are you fully prepared? If not, keep reading and knowledgeize yourself. Also, you should keep reading even if you are prepared because you already clicked on the article and it's best to see things through.

If you haven't checked it out yet quickly scan the last Big Board update from January 27th. Since then WR Saeed Blacknall flipped from Rutgers to Penn State, CB Kyle Gibson flipped from Vanderbilt to UCF, DE Jaylen Johnson committed to Washington, and ATH Charles Nelson committed to Oregon.

Out of the 153 scholarship offers Notre Dame extended to the class of 2014 we now have 26 players still uncommitted to an academic institution. More on the final Irish targets and top national recruits still available down below.

WHERE ARE THEY COMING FROM?

Last year's class was led by 4 commits from the state of Florida and 3 from Texas. For the 2014 cycle just a couple days before NSD it is Texas and Illinois tied for 1st place with 3 recruits apiece.

Last year Notre Dame was scheduled to welcome 6 early enrollees until Alex Anzalone left in the final hour for Florida. So the Irish had 5 kids start school in January for 2013.

This year just two recruits came early as documented HERE. You can also read the commitment posts of Justin Brent and Andrew Trumbetti and reacquaint yourself with their potential. Neither is likely to redshirt this fall. Brent also wins the loyalty award for being a part of the class since June 10, 2012.

Here is the injury report to the best of our knowledge. Some of these players should be healthy and ready to go for spring practice but obviously not everyone is going to be 100% so quickly.

There doesn't appear to be any injuries to the current verbal commits. Brian Kelly updated a few of the injured on Friday and it looks like Councell and Martin are making great progress (but are still out), Baratti is still out, Montelus and Randolph have been cleared, Hounshell is back, Springmann is still out, Butler is in, and Grace is still out after breaking his leg in 4 places against Arizona State.

There were no comments on Mahone, Bryant, Hunter, Heuerman, and McGovern but I would expect they'd be healthy for spring practices too.

The following players have not made their college decision yet and still have Notre Dame in the mix as this week begins. 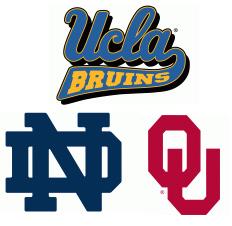 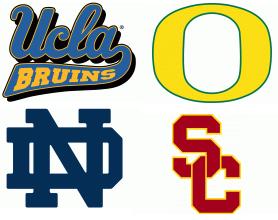 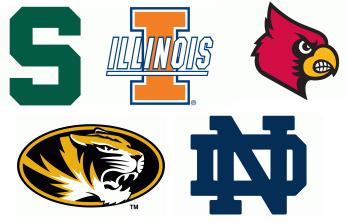 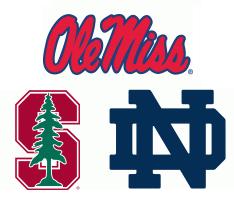 Hey, don't forget that the 2015 class is already off to a rousing success too. Quarterback Blake Barnett is going to throw his hat in the ring as one of the top signal callers in his grade, while the Irish already have two big commits on the line in the form of Jerry Tillery and Tristen Hoge. The latter isn't wasting any time showing his love.

1. Who is the most underrated commit for Notre Dame in the 2014 class?

There's no doubt in my mind that it is Jhonny Williams. What's that old tale about Holtz wanting to see recruits play basketball to gauge their athleticism? I bet Williams shines in that kind of setting. Once he adds some bulk (please don't make him fat, Longo) I really think he'll vastly outperform his recruiting ranking.

2. Don't pull punches. Was this class a disappointment or not?

Yes. Unless, the staff is able to close with Ju Ju and/or Quick then I think it gets much more difficult to say so. Right now there are zero top 50 recruits, no 5-star players, and the one player who would have made the biggest instant impact left the class months ago.

Sure plenty of folks we'll say we did fine, but that wasn't the question. Coming off a national title game appearance this class will likely finish outside the top 10 nationally. With a class of 20+ recruits it's perfectly acceptable to say that this was a mild disappointment of a cycle.

Tough question, but I'll take the under but just barely. Both Brent and Trumbetti should play following a spring with the team. I'm also confident that Nelson, Morgan, and Watkins will be too talented to sit on the sidelines. That's five and we'll probably get 2 more (Tranquill? One of the linebackers?) on special teams. Odds are someone besides Trumbetti is going to play up on the line too. Add in an injury or surprise player and I've got 9 players.

4. In terms of positional need what was the biggest miss for the coaching staff this cycle?

Without Ju Ju it has to be safety as Tranquill likely grows into a linebacker. That's only one safety (Redfield) for 2 cycles. Now, there are still 7 safeties on the roster (not including Tranquill) but this class had an opportunity to be incredibly balanced through all positions and now safety becomes a big need for 2015.

5. In terms of positional need what was the biggest home run for the coaching staff this cycle?

If I can paint with a broad brush I think the staff did a great job on the defensive line even with the consternation following the decommit of Dickerson. There might be more defensive end bodies than interior players but there are as many 8 players who could develop into contributors somewhere along the line. This will pay huge dividends in the future.