Trick Shot Wednesday: The Calm Before the Storm

Share All sharing options for: Trick Shot Wednesday: The Calm Before the Storm

Feels good to beat Florida State, eh? They thought they were "all that" when they were ushered into the inaugural CFB playoff this past week, but we managed to hang 83 points on them! With only 5 players! This might change the face of college football as we kno--

...okay, I've just been told by my producer that we beat FSU in basketball, not football. Honest mistake on my part, everyone--sorry to get your hopes up. But fret not--you get to celebrate the occasion by captioning the header photo of Demetrius Jackson racing down the court like a student who just found out that his class got cancelled. Caption away!

PROGRAMMING NOTE: The 2nd Annual TSW Tournament will begin next week, and will hopefully not feature a certain "Crazy Colonel" whose legions of followers exact an overpowering influence the voting results.

After the sting of the USC beatdown, KMBG put in a Mario-themed entry... 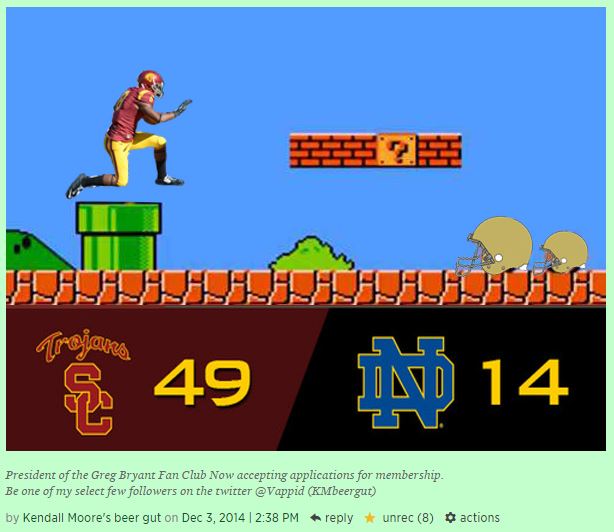 ...but it was Irish Horsefly who took home the gold from this one. 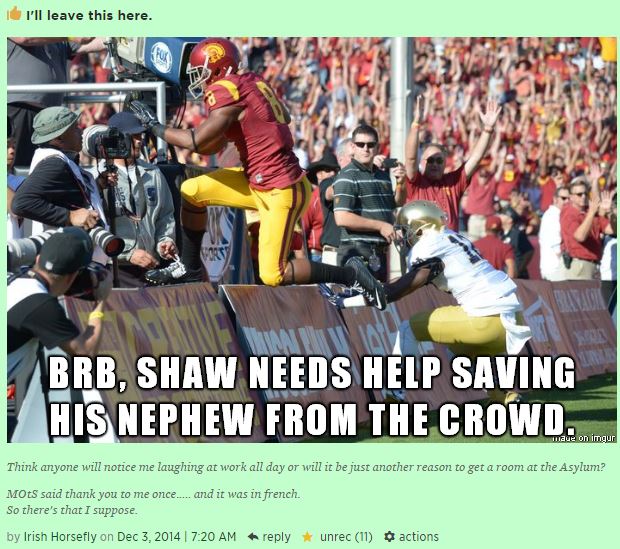 Thanks for the laughs, you guys.