C'mon, Our Lady's University vs. the Sun Devils? The outcome should be pretty obvious.

Indulge me for a moment, won't you? I was sitting around yesterday trying to think of an apt metaphor for last week's game; since our opponent was the Naval Academy, my thoughts naturally turned to films with a naval theme. Put simply, our game was a movie where the good guys jumped out to a comfortable lead over the once-mighty adversaries; about halfway through, our opponents decided to retaliate and make things rather difficult for us, to the point where the outcome was seriously in doubt. In the end, though, our heroes blew up the bad guys in decisive fashion and saved the day.

Using this framework, which naval-based movie best summarizes last week? My first thought was The Hunt for Red October, but that one--as incredible as it is--doesn't quite fit the narrative. Then I briefly considered the possibility of Battleship, but haha nobody knows what the heck that was about. After deliberating with 12 of my friends, I finally concluded that our win over Navy was most similar to Pacific Rim--a movie that everyone knew was a bit gimmicky and far-fetched, but still a serious contender. Besides that, did you know that the movie's site allowed you to create your own Jaegers? The results were hilarious--I did this one last year, but I still think it works, don't you?

If you think I'm way off on this, then let me know which naval film you'd present as a better metaphor for last week. While you're doing that, take a gander at Matthias Farley in our header photo trying to haul down Navy QB Kennan Reynolds. In particular, I'm curious as to what the heck was in Reynolds' fannypack that was so tempting to opponents. Perhaps all of you could help me figure that one out? Gather your wits and wittiness, and describe this week's photographic context to us in the comments!

Since last week's TSW was after a bye week, we switched it up a little bit and gave y'all some baseball material to work with. Thankfully, you were all fairly cool with taking a midseason break from football. Let's see how that worked out for our nominees! 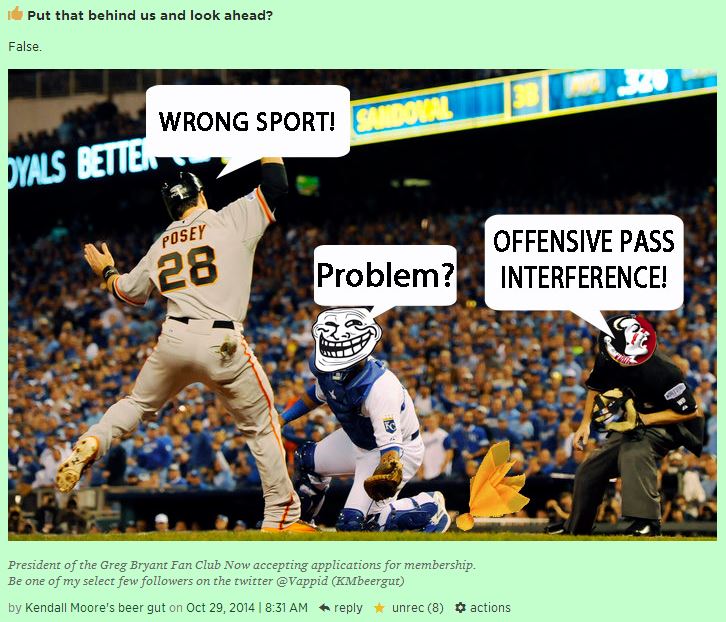 For a moment, occtipus sounded kind of Russian there. "You see Ivan, when do Hokey Posey..." 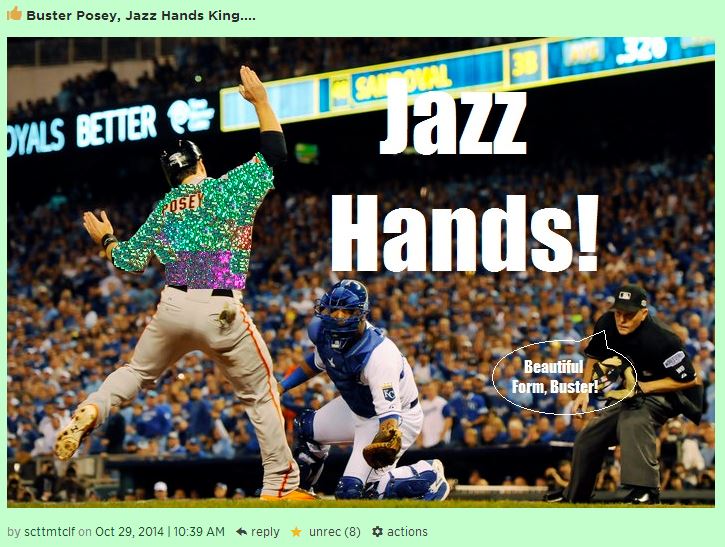 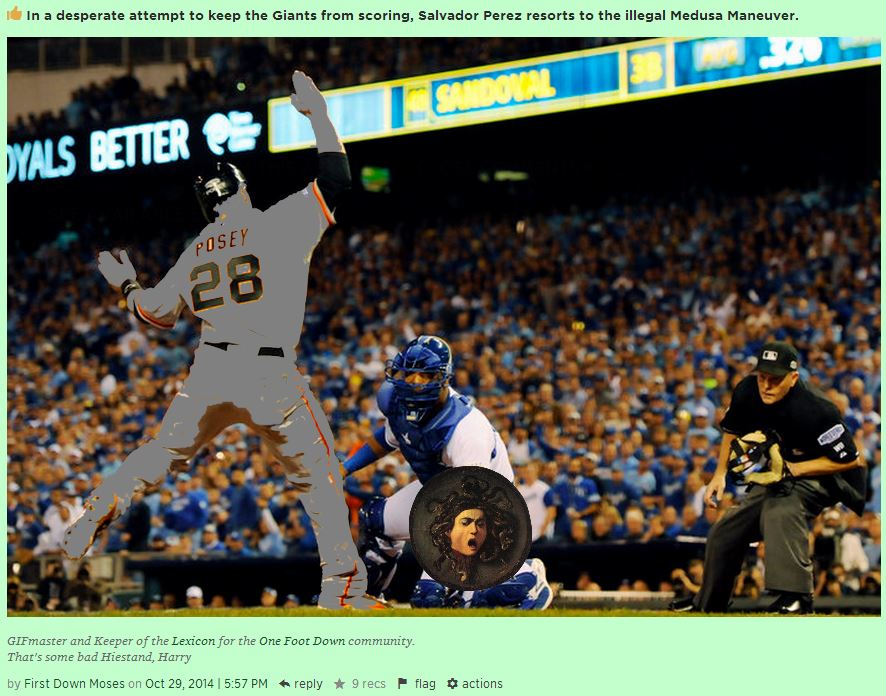 Greek mythology for the win. Well, for the runner-up, in this case.

But all of those entries were merely a scramble for second place, because the outright winner of last week's TSW was ConcreteCharliee! Who also didn't appreciate all the silly baseball talk. 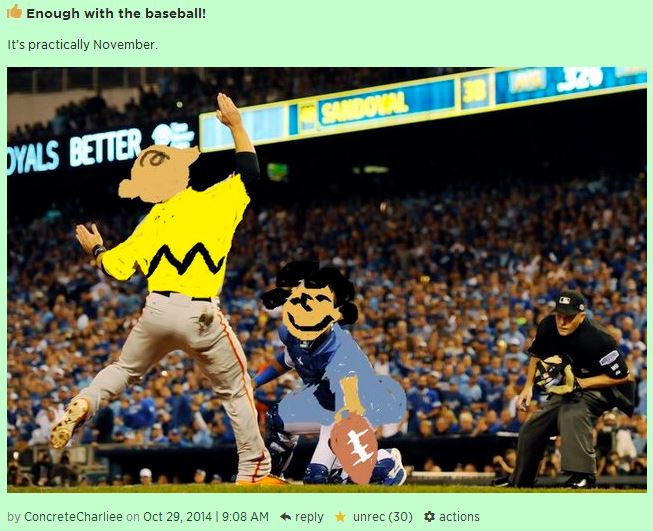 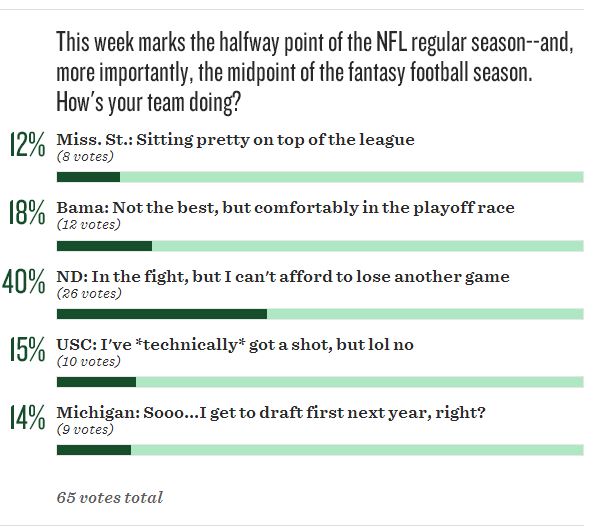 Looks like we've got a pretty good range of results. For those of you in the Michigan category, does that help you empathize with the Wolverines a bit more? Or, like, not at all? It's okay/expected if you say no.