The Irish are headed to sunny Southern Cal, where the air is warm and critical ligaments are less prone to spontaneous combustion.

The morning sun shone upon the lone man crouching within view of the enemy gates. Clad in a green robe and an unusual white helm--one which had no armor on top but stuck out in the front--the grizzled fellow scrutinized the scarlet and gold fortifications, frowning and muttering to himself. Once he finished his hours-long reconnaissance, the man stood and stretched his cramped limbs. It was difficult to tell whether his cherry-red visage was a result of the sun or his uneasy emotions, but he did not appear to be in good spirits.

"General Kelly!" a voice rang out.

Irish General Brian Wulfric Kelly turned from his surveillance and eyed the short but extremely handsome young man clambering up the slope towards him. Good motor, that one, Kelly mused to himself. A real blue-collar, hard-nosed fighter. "What is it, McDaniel?"

"Sir, I just got the casualty report from that ambush we suffered last week." The captain paused and gulped, creating the most photogenic expression of nervousness that Kelly had ever seen. "It's...it's not good, sir."

The general sighed. "Spit it out, Captain."

McDaniel nodded and unfurled a comically long scroll, earning a furrowed brow from Kelly. Inhaling deeply, McDaniel began racing through the casualty report: "Cpt. Schmidt is crippled, Major Day is recovering from an arrow wound, Pvt. Tranquill got speared in the leg, Lt. Jones got clubbed in the foot, Sgt. Riggs, SERGEANT BARATTI, and Cpl. Grace are out for a while, God only knows what's with Pvt. Cage and Lt. Collinsworth..."

General Kelly held up his hand. "I've heard quite enough, thank you," he growled. Fighting a rising urge to kick one of his few healthy soldiers square in the kneecaps, Kelly instead grasped the hilt of his sword in a death grip and swiveled to face the Trojan gates once again.

After several minutes of silence, Kelly lowered his head and sighed. "I'll be honest with you, McDaniel," said he. "You're all good men, but I haven't seen this many casualties since we had to eradicate that wolverine pack from our camp. Most of my best fighters aren't battle-ready, and the ones that we have are simply too wet behind the ears to do us any good. I may be walking my boys into a slaughter, and I'm not sure I can do anything to change that."

Silence, then: "Permission to speak freely, sir?" After Kelly nodded, the captain continued: "You've faced worse odds than this before today, sir, and we know you can beat 'em. Remember when you cut Major Hughes loose and let him singlehandedly wield a battering ram against the enemy gates? Or how about when you forced General Kiffin into failing on fourth and goal?"

Kelly smirked at the memory, then turned. "What do you propose then, McDaniel? That I throw Irish coastal grasses at them and hope they all die of allergies?"

"No sir," McDaniel replied. "Our scouts tell us that they seek something called a 'Pac-12 Trophy', which appears to be a mythical relic that they lost several years ago and are not likely to find anytime soon. Perhaps we could get Captain Golson to build a large wooden replica of this relic and hollow it out so that we can conceal our young recruits in there. Then all we need to do is have the rest of our men sing an extremely short and mind-numbingly repetitive marching song by the gates to convince them that we mean well; when they see what we have to offer, General Sarkisian's men will fall over themselves to let it in. Once it's brought inside, we'll strike! What do you think, sir?"

Throughout McDaniel's plan, General Kelly's face morphed from a deep scowl to an expression of befuddlement and finally to an expression of beaming comprehension. "You know, Captain...that just might work. Get the men ready, and tell them that at midday on Saturday...well, let's just say that the Trojans' battlefield will match their uniforms' color." 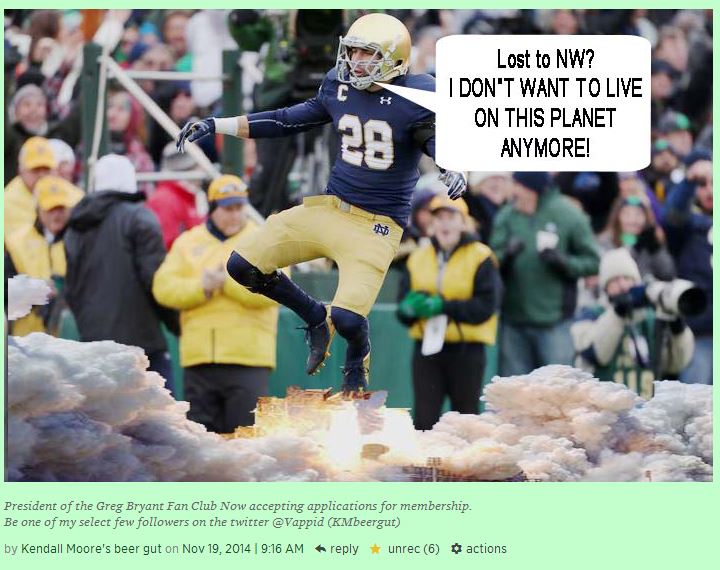 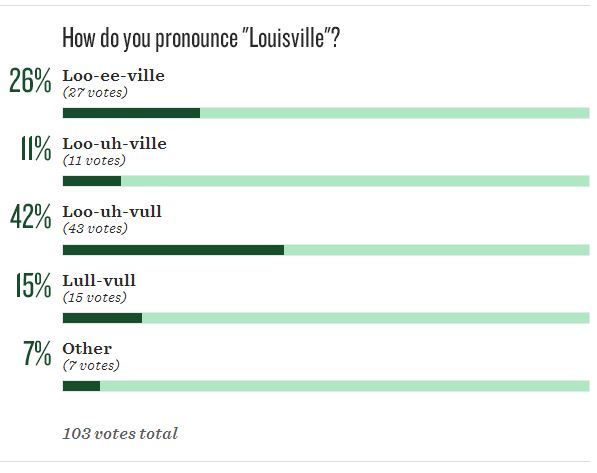 Harrumph. I still think it's "Loo-ee-ville", but noooo, apparently I'm "wrong" according to "people" who "actually live there."

You characters know the drill by now: Caption and/or photoshop that ridiculous photo of UL QB Reggie Bonnafon, then go get your game faces on because IT'S BEAT SC WEEK!!!!!!! GO IRISH, BEAT TROJANS!!!