Sometimes, we all just need a bye week.

After the nuttiness of last week, which was preceded by an emotionally-charged installment of TSW, I debated with myself whether I should venture into epic literary territory once again to honor the team's effort against Florida State. I first considered adapting The Charge of the Light Brigade to evoke the valiant foolhardiness of the brave men wearing the shiny gold helmets (sit down, FSU). However, using this one might somehow suggest that ND never had a chance to win this one, which--judging by how much we outplayed FSU through most of the game--would be very deceiving.

I then tried to narrow my search down to sports poetry. Granted, this category is fairly small, but one poem that jumps to mind is obviously Casey at the Bat. Sure, there are some parallels between ND's last-minute march down the field and Casey's plate appearance as the last out...but then again, that's about baseball, so we're not using that one.

Finally, hearkening to last week's use of Middle-Earth lore, I then turned my attention to the works of Tolkien while seeking a poem befitting what the Irish experienced against FSU. Originally, I was going to make some wisecrack about finding nothing that wasn't written in Sindarin or Khuzdul. However, I came across one of the more famous poems from Tolkien that actually summarizes our current situation pretty well (aside from the first line, I guess, due to our #EXTRASHINY helmets). As we head into the bye week, I invite you all to read this and let yourselves take heart:

All that is gold does not glitter,
Not all those who wander are lost;
The old that is strong does not wither,
Deep roots are not reached by the frost.

From the ashes a fire shall be woken,
A light from the shadows shall spring;
Renewed shall be blade that was broken,
The crownless again shall be king.

Of our many responses last week, we had submissions for the actual header photo, the poll about fiery things, and several plain old silly submissions too good to leave out. Without further ado: 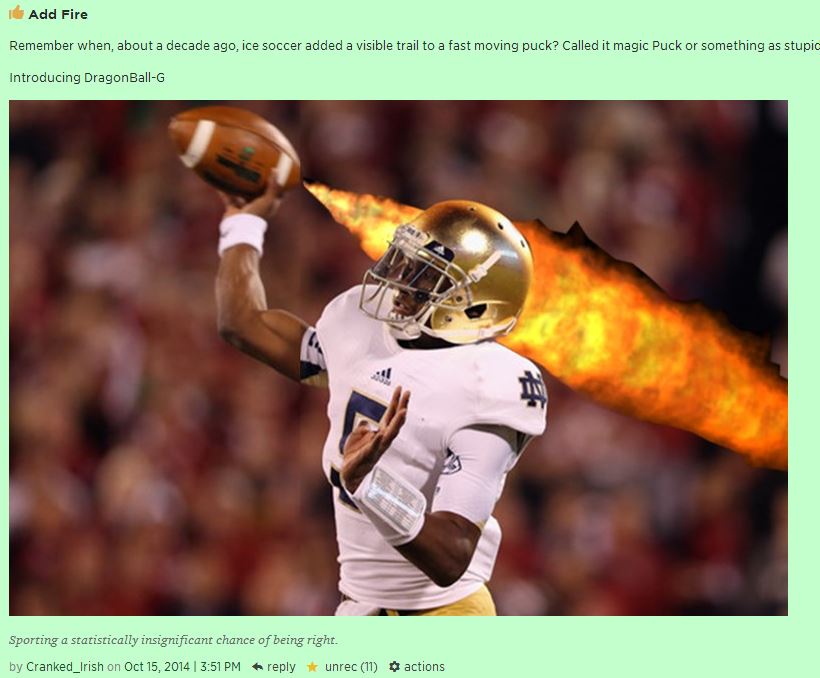 And your overall winner for last week's TSW is...scttmtclf! Congratulations! 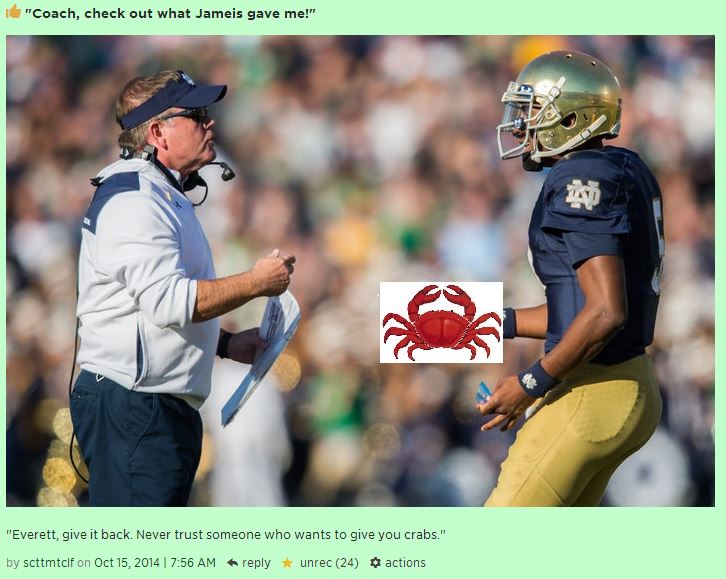 Haha get it because crabs are...wait, never mind. 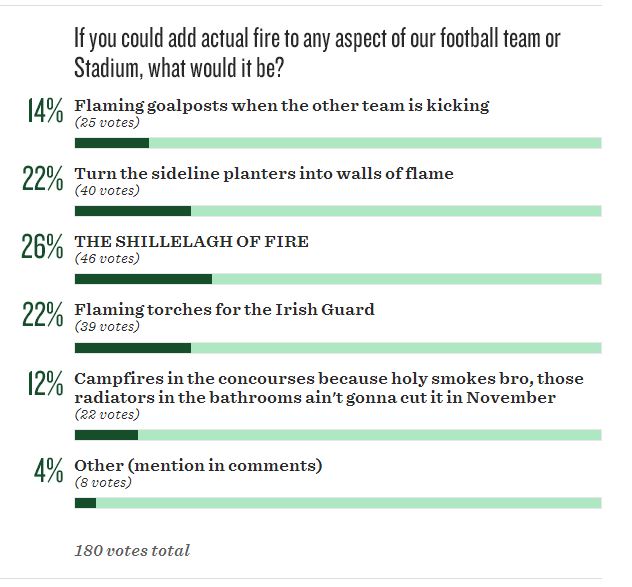 I, too, enjoy the idea of a flaming shillelagh. If the game gets out of hand or too boring, then you could probably make a mean s'mores maker out of that! ...Oh come on, I can't be the only one who thought of that, can I?

Oh look, a second straight week featuring CBK saying something in front of the camera. But wait--this time, he's brought Savvy Jack Swarbrick and Fr. John Jenkins, C.S.C. with him! So using your cleverest and wittiest witticisms, leave a comment or five down below with your best caption ideas for the picture! 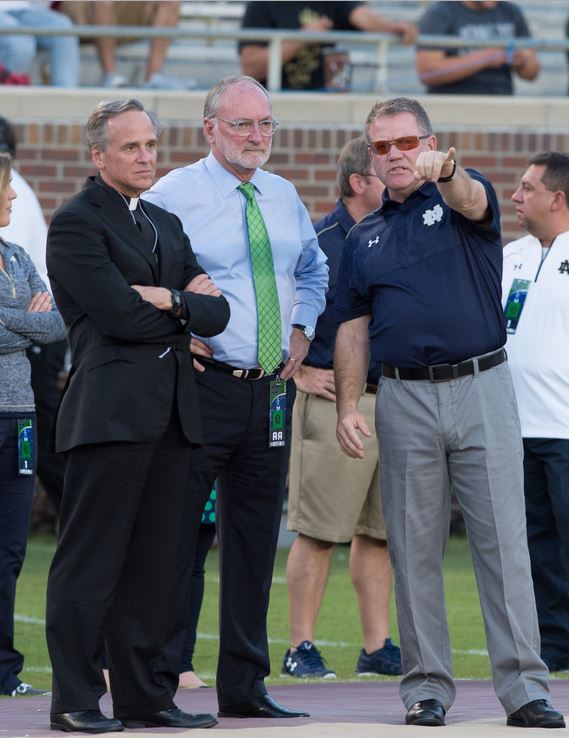