Uh yeah... this is pretty good

If you blink, you'll miss it. Subtle nuances. A trap set painstakingly early, sprung at just the right moment. Great offensive play callers are notoriously patient creatures. They'll wait an entire game to set up a specific play call. In the past few weeks the Fighting Irish have been running the fly sweep (also known as the jet sweep), with increasing success. The sweep is a great play, but what makes it really dangerous is all the companion plays you can run off of it.

Let's take a look at the film to see how Brian Kelly used the sweep play to set up the Irish offense for late game success.

The backside guard will pull and Everett Golson (# 5) will fake the inside run (red lines). Admittedly it's a half-hearted fake by Golson.

Net result, a 12 yard gain and a first down.

More importantly, the Irish are setting the trap for later in the game.

14:53 of the 4th quarter. 2nd & 2. Notre Dame is down and in desperate need of some momentum. Kelly has called the sweep a number of times in this game. However, he hasn't shown much else out of the sweep motion. That's about to change. 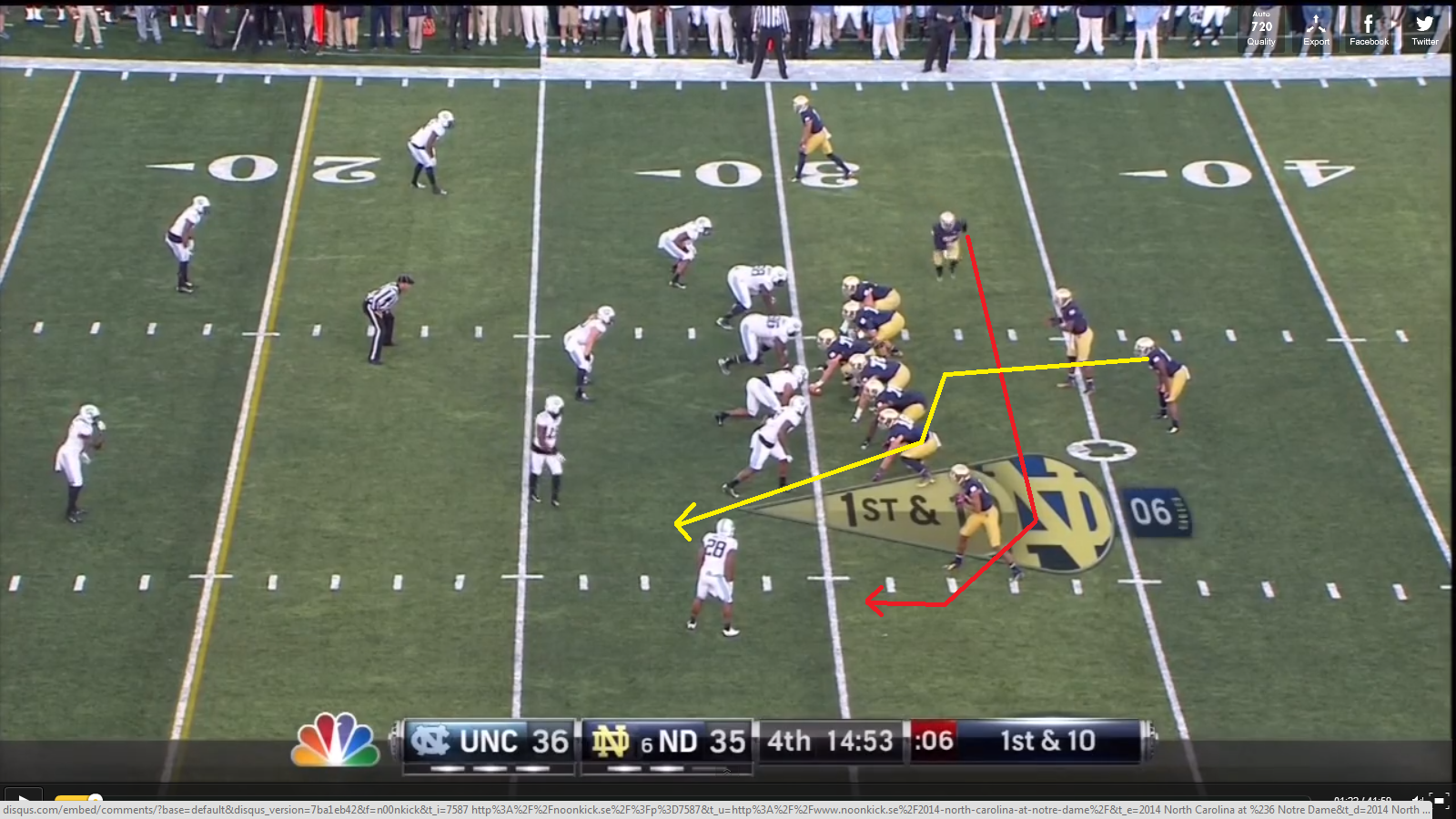 I love this call. The very next play Kelly goes back to the fake sweep. This time he runs a play I've been dying to see for a while. Fake sweep (red line) give it to the running back (yellow line).

Folston (# 25) does a fabulous job and gets an 8 yard gain. The Irish are rolling and North Carolina now has no idea what Notre Dame is going to do out of sweep motion. 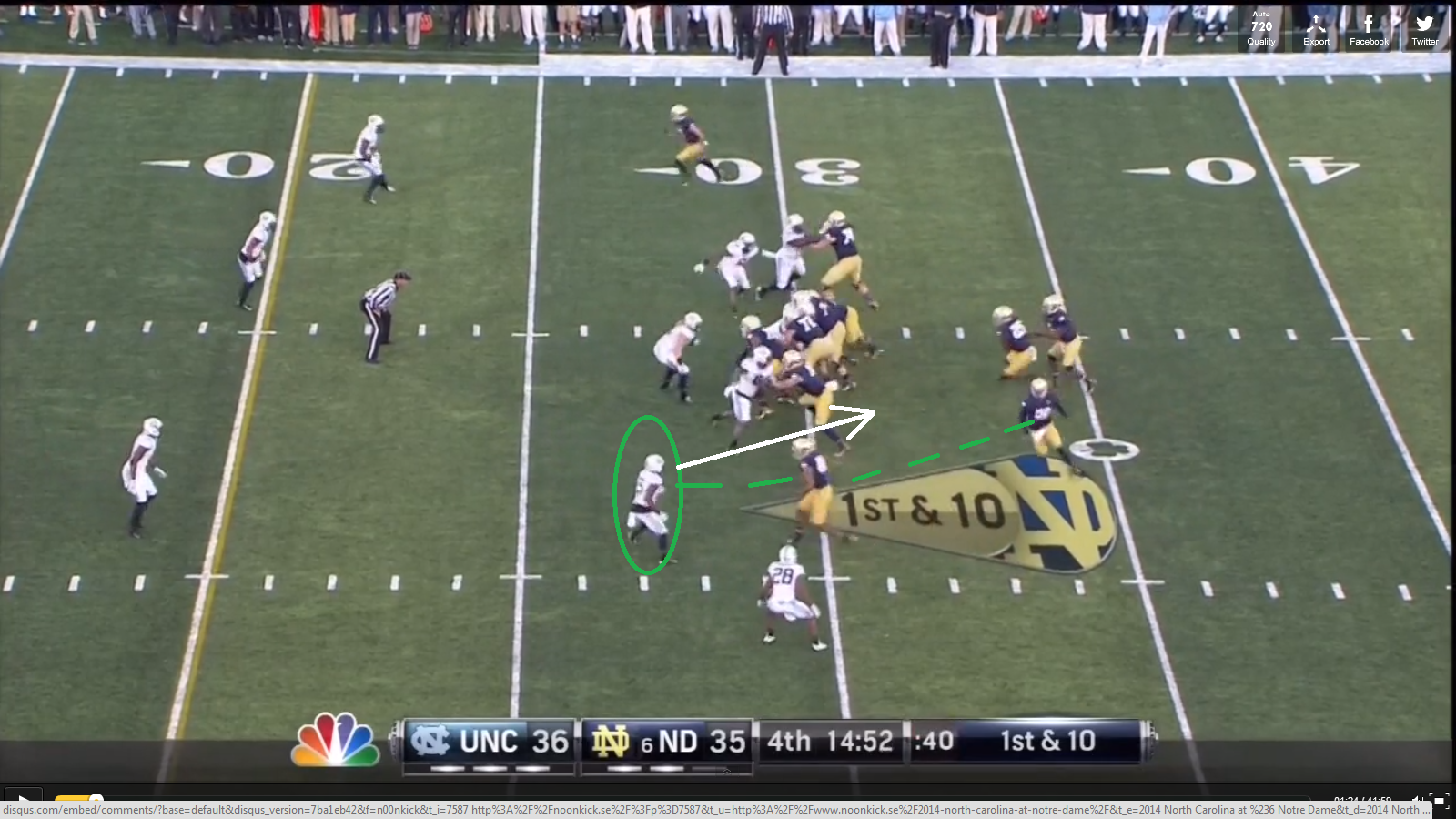 This is why I was calling for more misdirection in this article. In the past, the circled defender (green circle), could simply attack the running back (white arrow). With the sweep motion he hesitates to make sure the sweeper doesn't have the ball (green dotted line). This little adjustment slows down the defense giving the running back more time and space. 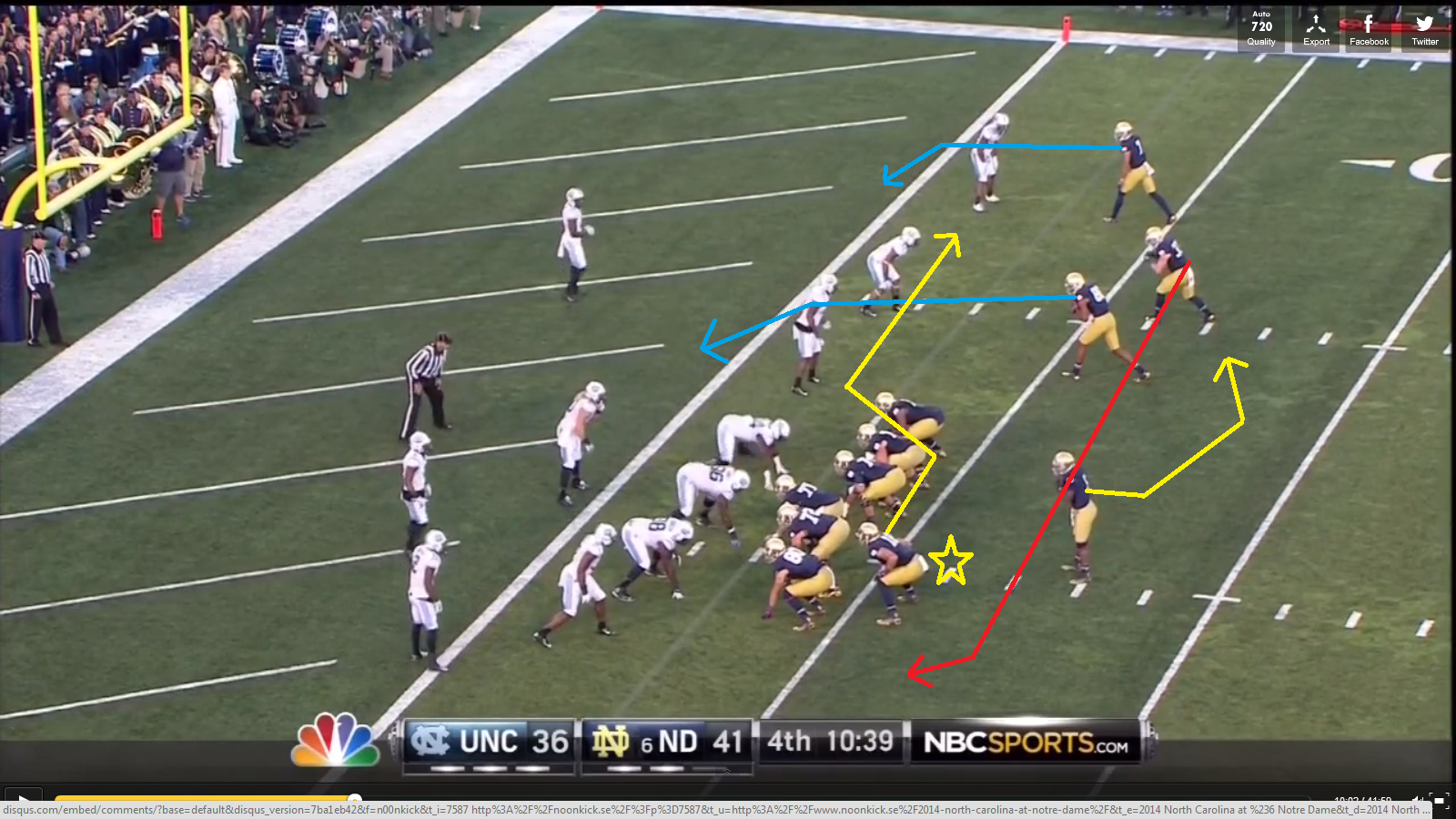 Notre Dame has scored to take the lead. A 2 pt convert will put them up a full touchdown. A critical play considering the success North Carolina's offense was having.

Now for the masterpiece. Kelly calls a fake sweep to Cam McDaniel (# 33, red arrow). Everett Golson will fake the hand off and run a bootleg to the backside (yellow line). Ben Koyack (yellow star) will slip across the formation and into the flats (yellow line). Golson has a run pass option on this play. 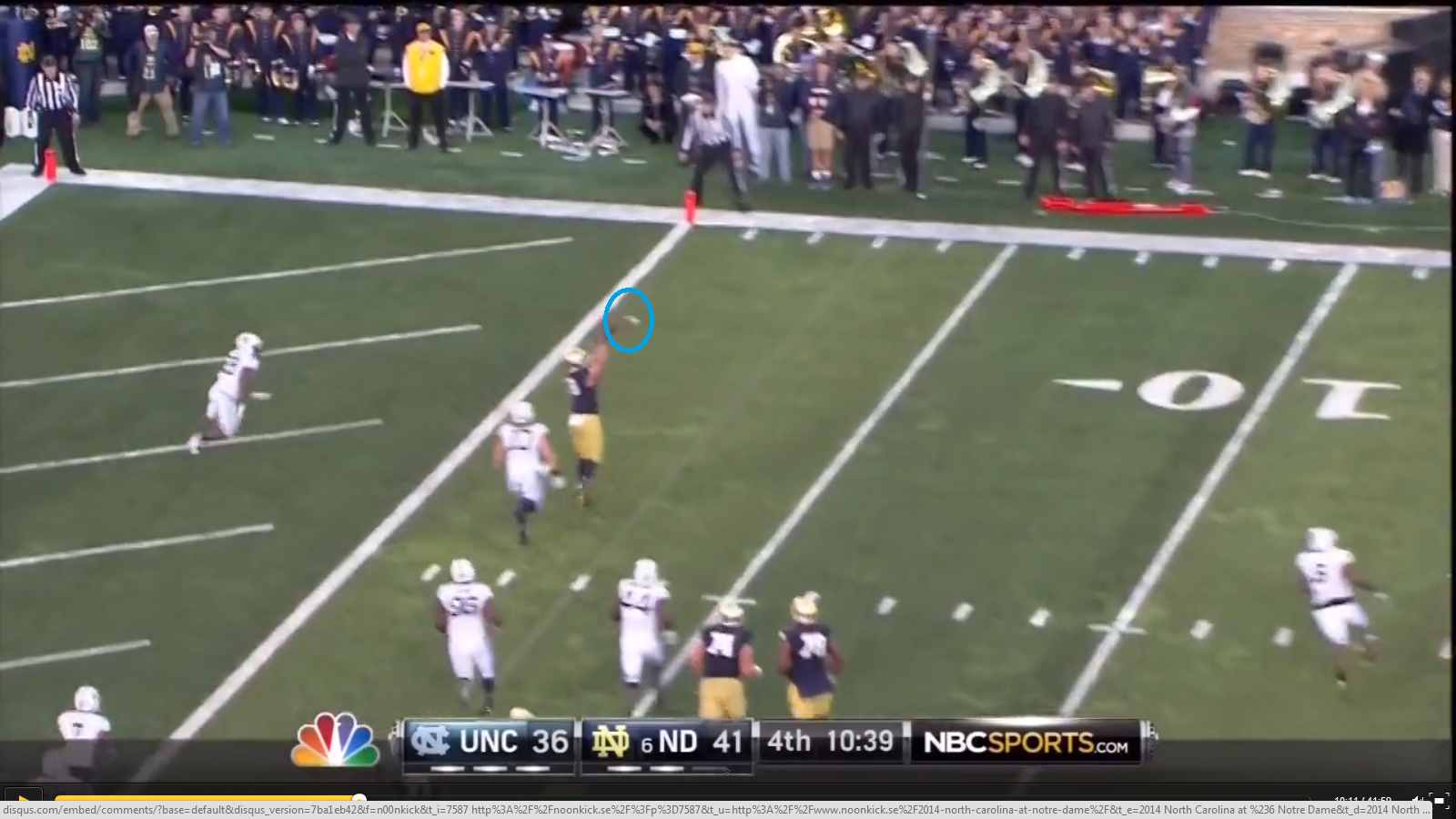 Brian Kelly has been setting this up for weeks. After the bye week, we saw more sweep plays being called, especially against Stanford. It almost got to the point where it became predictable. When a receiver or back used sweep motion, they generally got the ball. This is exactly the mindset Brian Kelly wanted.

In the 4th quarter when the Irish needed a spark, Kelly found it. He sprung the trap he set with the sweep. Fake the sweep, play action deep. Next play, fake the sweep, give to the running back. Critical 2 point convert, fake the sweep, bootleg, hit the tight end in the flats. Subtle. Patient. Outstanding. Well done Coach Kelly. This is what great play calling is all about.