Get ready to chop down some Trees this week, y'all.

So, let's take stock of our season so far...we've defeated Owls via extreme rice-cooking; literally skunked the Skunkbears, which initiated the rapid slide into their current tire fire; boiled right past Purdue [Ed. note: Man, I can't even get a good PUN out of that team]; and last week, something something squeezed Syracuse to a pulp. As a result, we're having boring press conferences while marquee teams across America are scrambling to keep their respective ships afloat.

Although we've romped through teams that feature some creepy and unsettling mascots like the soulless gaze of Purdue Pete and the insufferable...roundness of SU's hat-wearing orange, none of those representatives can be described as truly disturbing. But hey, don't worry! I'm sure the Stanford Tree isn't really that bad OH GOOD LORD 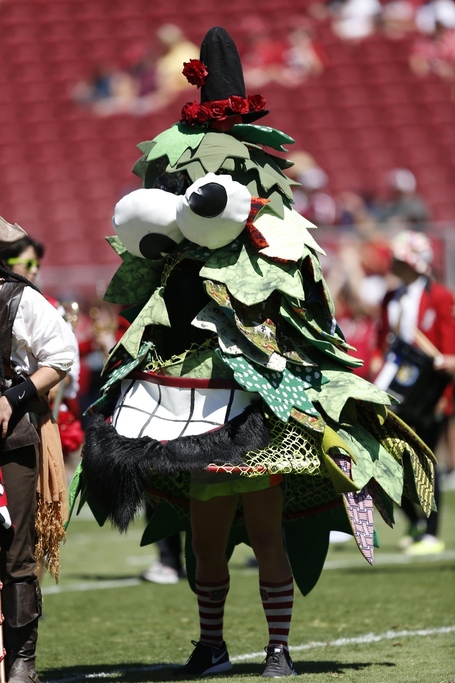 KILL IT. KILL IT WITH FIRE.

Wow. Anyways, this week's entry isn't nearly so pants-wettingly terrifying. The header photo captures the moment when Torii "Big Game" Hunter, Jr. snagged his first-ever collegiate reception and capped it off by spinning into the endzone for a huge TD vs. Syracuse. As you probably noticed, Mr. Hunter is not the only person featured in this photo; just want to remind you all that TSW entries doesn't have to focus on the athlete to be hilarious. Hey, just like OFD, amirite?

Give us your best captions in the comments below!

Though he wasn't the highest-placing, honorable mention goes to ConcreteCharliee for giving me the biggest chortle of the day:

Third place belongs to occtipus, who resurrected this blast from the past to answer Gunner's phone call: 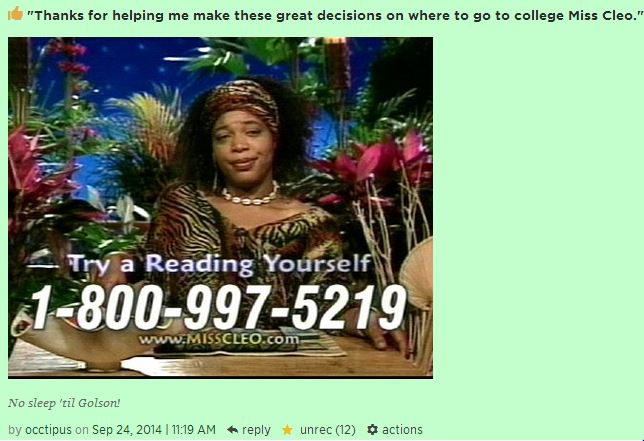 Second place goes to NDForever, who provided one of the most unusual explanations ever given for a TSW entry: 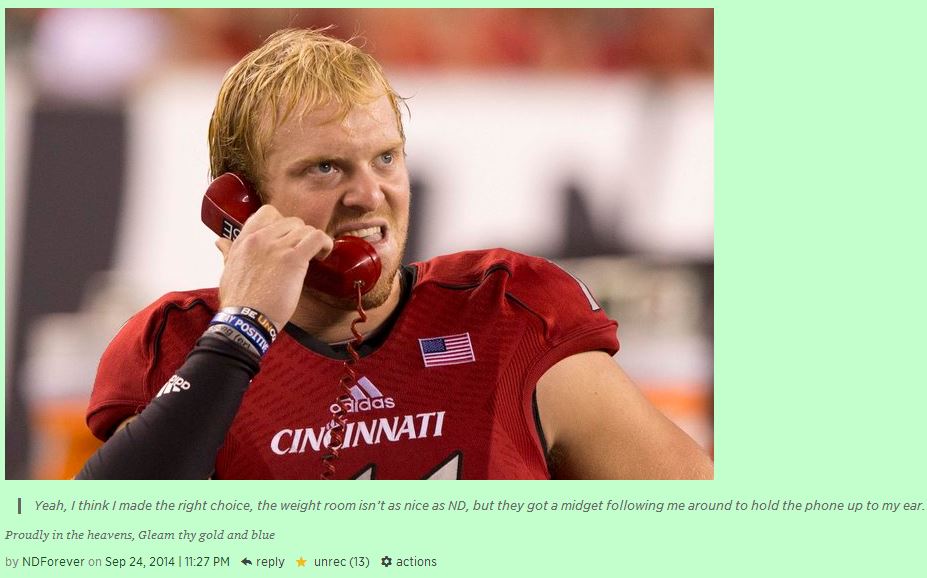 And finally, the winner of last week's edition of Trick Shot Wednesday is...OFD rookie A to the J! Congratulations! 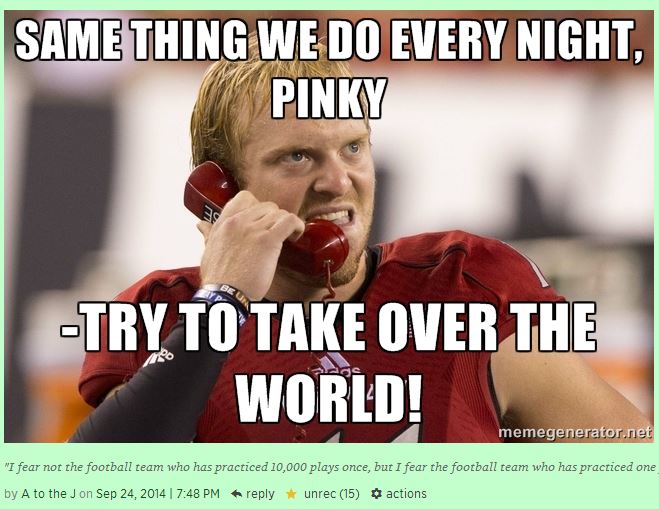 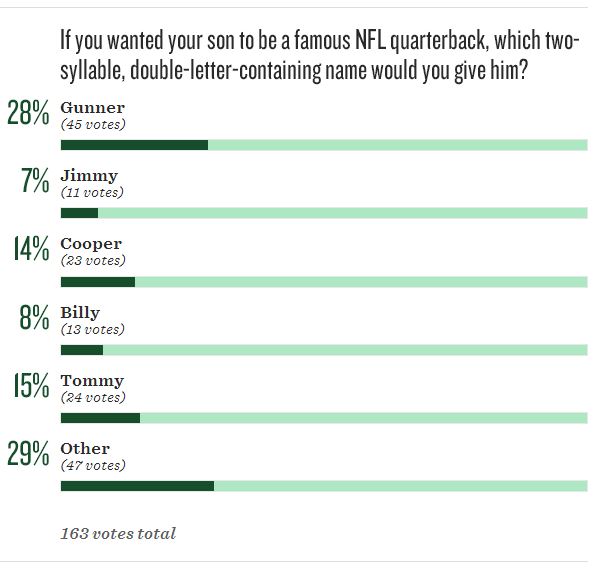 While "Gunner" may have carried the day, I find it quite heartening that "Tommy" was deemed "Most Worthy Backup Nickname." Fitting, really.