And the winners are...

Share All sharing options for: The 2013 Trick Shot Wednesday Awards

Ladies and gentlemen: after more than a month of tallying your votes on your favorite captions, memes, GIFs, and photoshops, it is with great pleasure that I announce the champion of the 2013 Trick Shot Wednesday Playoffs. The final matchup last week came down to (1) The Cam Rule and (3) Colonel found EG! And in this final appearance, one contestant held true to its season-long dominance and took home the title with a 126-29 victory: 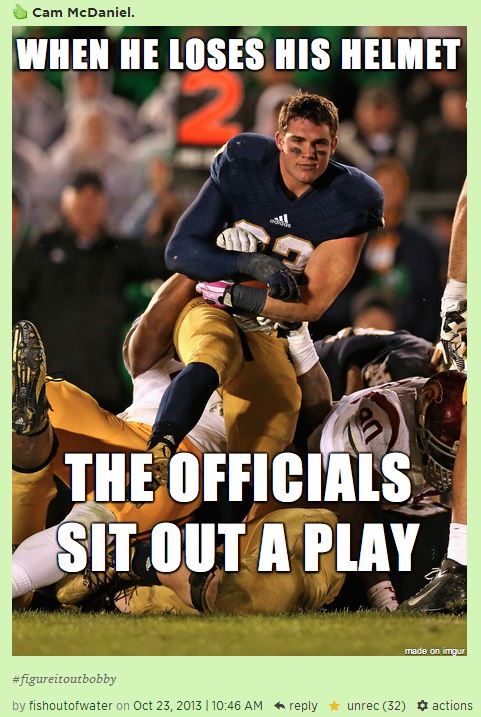 Congratulations to fishoutofwater for the championship honors! Special thanks as well to Daniel "Crazy Colonel" Ragsdale, who paid us a visit in the comments and was extremely gracious in defeat.

However, I would be remiss if I did not also take a moment to thank all of you in the Commentariat who have shared your wit and talent with us, as well as your willingness to vote for your peers. Without you, this silly little tournament literally would not have been possible...so give yourselves a big round of applause. You deserve it.

I would like to highlight several individual entries and contributors who made their mark on this tournament. As such, I have put together a little list of awards to honor them; this is only a short list, so please feel free to present your own awards in the comments! If there are any particularly appropriate ones, I will try to add them to the list as they come up.

Submit your own awards (and general observations) in the comments!