Taking a look at the Irish offensive formations heading into Saturday's matchup against the Sooners.

Recently, Brian Kelly has defended his team's accusedly predictable playcalling, often citing his staff's ability and process in "reverse scouting" themselves. I've decided to ramp up the "reverse scouting" department here at OFD, by grading out the game against the Spartans. I was extremely interested at one of the formations we were using, and decided to take a quick look at each formation, along with some wrinkles I am expecting from the formations moving forward.

Let's take a look at the weapons Notre Dame will have in it's arsenal against Oklahoma this Saturday: 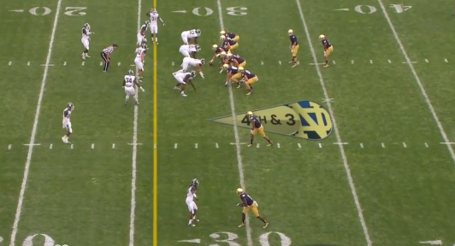 This is the formation we saw the most of on Saturday, and it is probably the most interesting. Notre Dame left one of the tackles uncovered in order to get some extra advantage on the opposite side of the line in the running game. The Irish didn't use much motion out of this set, preferring to take the advantages gained at the line. 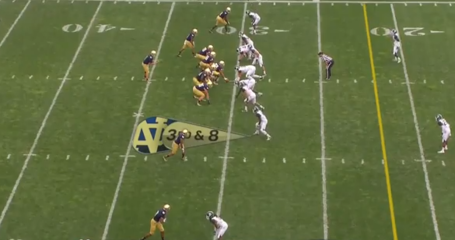 Everyone's favorite formation! Obviously our passing formation - the clear advantage is spreading the defense out to make pre-snap reads much easier. Against Michigan State, a team that relied heavily on man-to-man, it was less necessary, but against a team that disguises coverages pre-snap, it can be a useful tool. 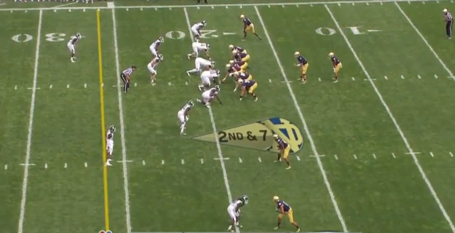 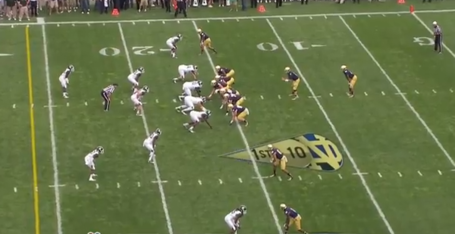 If there's anything close to a "base set" in the 2013 Notre Dame offense, I would say these formations are it. We saw the most motion of any formation out of these formations, and plenty of packaged plays. One of the most used packaged plays was a combination jet sweep/Power-O option that was combined with a stick route on the outside. I think both the motion/misdirection and packaged plays (which Burger broke down here) will be here to stay, and it will be interesting to see how often they are used and how effective Tommy Rees can be in making the correct reads. 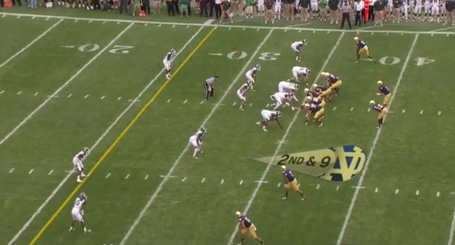 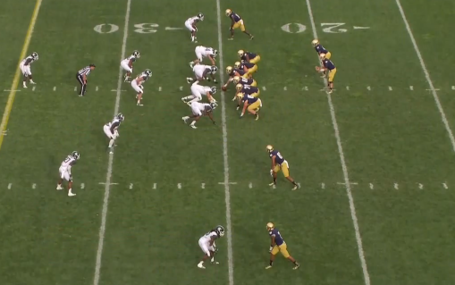 Pretty standard formations - big tendency out of the 3x1 set (often with Smith and Onwualu as the WR to the strong side) to run. I'll be looking for this formation Saturday to have a heavy playaction element to it, to try and catch the Sooners jumping based on a formational tendency. 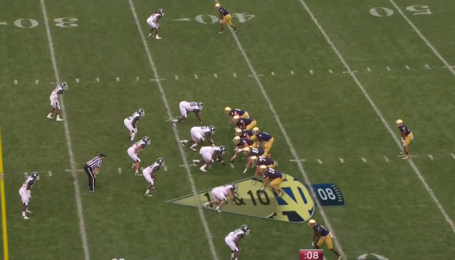 Oh how this formation has fallen. One of the go-to formations for the Irish last season with Golson at QB, it has really fallen out of favor for some reason. It still offers the most downhill attack, but is somewhat redundant with the pistol formation. If I had to guess I would think we see this formation extremely sparingly moving forward, save for perhaps an overmatched opponent in a blowout.

Author's note: I would have loved to do a deep dive into the 3-3-5 stack defense (Oklahoma's base front), but like most things, Chris Brown at Smart Football did it first, and did it better. Bonus for ND fans is the relationship to Bob Davie's 3-4 and Charlie Strong's adaptation of that into South Carolina's 3-3-5. Read it, get smart, Go Irish, Beat Sooners!