Bob Diaco shouldn't be the only coach to get his own fragrance.

Share All sharing options for: Five Wide Fullbacks: The Cologne for Coaches Edition

1. What is the best Led Zeppelin album?

Coda is immediately eliminated from contention. And I don't think Zeppelin III, Physical Graffiti, Presence, and In Through the Out Door are in legendary status for Zeppelin standards. Some might disagree with PG but there are 6 very average songs on that 15 track double album.

That leaves 4 albums starting with the 4th best:

Houses of the Holy

My personal favorite from the group but doesn't quite pack the thunderous Zeppelin punch that the other ‘better' albums do. The beginning of "The Song Remains the Same" and "The Rain Song" is a little different for the group and although 3 songs have received heavy radio rotation this album doesn't have the mega-single (even though Zeppelin didn't release singles, you know what I mean) that I and especially IV have.

Is it me or is this album getting better with age? It's unbelievable to think that it didn't get strong reviews when it first came out. We don't really live in a world where new music can surprise us anymore and part of Zeppelin's "perception problem" if you want to call it that was that they came a little after the heavy sounds of Cream and Hendrix. Could you imagine if this album came out just 4 years earlier in 1965, though?

Can I designate this 1-B?

I wanted to be a hipster and put another album ahead of this one but I just couldn't do it. The Battle of Evermore is the only weak-link on a sensational album---weak-link being relative. And I genuinely enjoy that song too.

2. What's your favorite new app from the iTunes store?

I've been going through a big Iron Man phase in my life and the newly released Iron Man 3 game gets high reviews from me, especially for being free.

The game is a lot like Temple Run and you fly through a few different stages (randomly selected of Malibu, New York, military complex, and ship yard so far) collecting these red Stark credits. You have to avoid cars, buses, jets, missiles, and kill these yellow machines and other enemies that fly toward you. There is a story built in which you have to defeat these bigger enemies after flying a certain length at each stage.

You start out with the pretty simple Mark III armor and then as you build up credits and XP points you can build better armor. So far I've built the Mark II and Mark IV armor. The crappy thing is you only have 2 slots to build armor---it seems you always have the Mark III---so if you want to build a new armor that means you have to ditch one you've already built without getting back the credits. There are 20 armors overall including the War Machine, Mark 42, Mark 35 Red Snapper, Iron Patriot, Mark 33 Silver Centurion, and the game's most expensive Mark 38 Igor.

Suffice to say this game is giving me plenty to feed my Iron Man fix. Does anyone have any recommendations for a new app?

3. Which foreign cities are on your bucket list as must-see in your life?

My list is pretty generic, I think. In no particular order other than off the top of my head and staring at a world map:

Not much representation for Central and South America on my list. I'm sure there's somewhere in Mexico that is worth a trip and there are too many places in the Caribbean to pick just one place without really digging into some research.

Also, not much representation for Asia as I have just Tokyo on my list and no Indian cities on my list. Nothing against India but someone has to convince me what is worthwhile besides the Taj Mahal. I'd like to see if anyone can speak about the best places to visit in China as that area is getting progressively more popular to visit. Cut out Sydney and Tokyo and I'd be ignoring about a third of the world. Am I making a grave mistake?

Cairo and Cape Town give me a broad taste of two very different areas of Africa. Is there somewhere else on the continent to add to the list? Casablanca or Nairobi, perhaps?

My list is very European/Mediterranean centric with no love for the Scandinavian countries. I also couldn't make up my mind about where in Germany to visit. Maybe a combination of Zurich, Vienna, and Prague give me a good idea what Germany is like?

If you've been to any of these places spread your abundance of culture upon us. Share your own personal bucket list as well.

4. Who will be the regular season champions of the 5 major conferences?

Boyd and Watkins are back on offense plus the defense is supposed to be the best of the Dabo era. They can't let a Florida State program who lost 11 players to the draft beat them, can they? I like Clemson to repeat as ACC champs.

This one is really hard to pick. With so many players coming back Texas is the hot pick so I guess I'll go with them. If not, then I'd say either Oklahoma State or Baylor. Yes, Baylor. Seastrunk is going to run for approximately 6,782 yards this season and the fundamentals might just be strong enough to go 10-2 or thereabouts.

I'm not on the UCLA bandwagon and I really believe Stanford is going to struggle for long stretches on offense. I'm quite excited to watch the Ducks without Chip Kelly.

5. Notre Dame is coming out with its own cologne. Naturally it should smell like Bob Diaco but is there another coach who should get his own licensed fragrance? 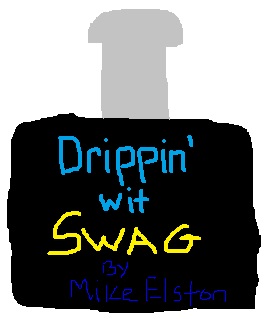