Anatomy of an open field tackle

Open field tackling is a difficult skill to master. The Charlie Weis era taught us that X's and O's are great, but defensive schemes are of little use if you can't teach tackling effectively. Fortunately, since the dynamic duo of Brian Kelly and Bob Diaco arrived in South Bend we've seen a noticeable improvement in tackling. In this session of Iso Cam we'll take a look at an example of sound open field tackling technique from the Blue and Gold game. 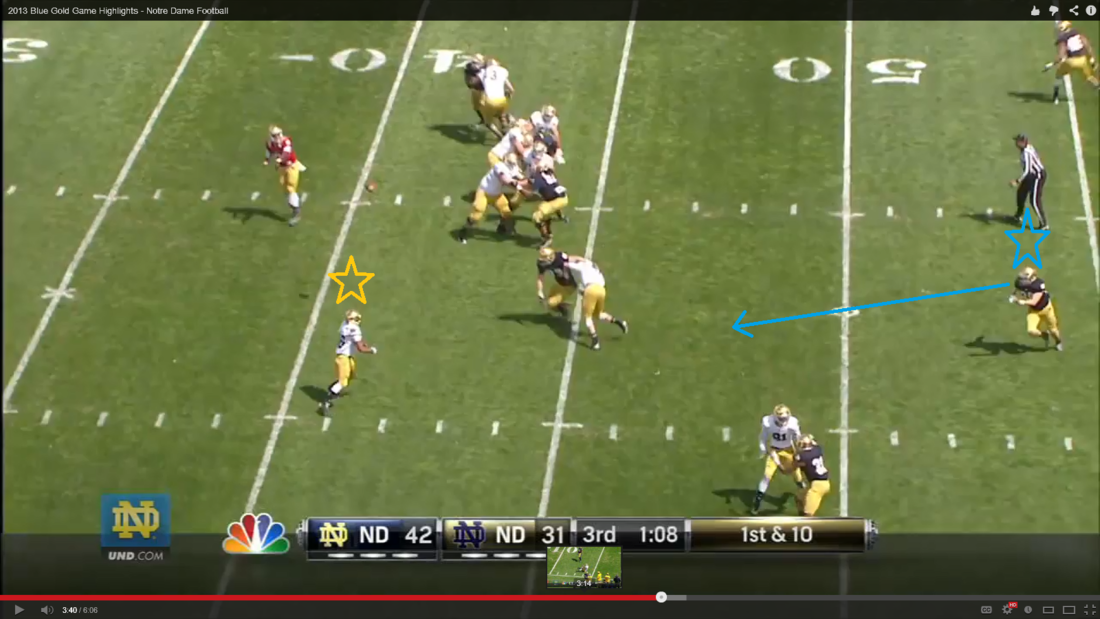 Here we see linebacker Joe Schmidt (# 38) against running back Tyler Plantz (# 49) in an open field tackling situation. The first thing Schmidt needs to do is sprint towards the ball carrier. This will allow him to quickly close the gap with the running back so he can minimize any gain by the offense. 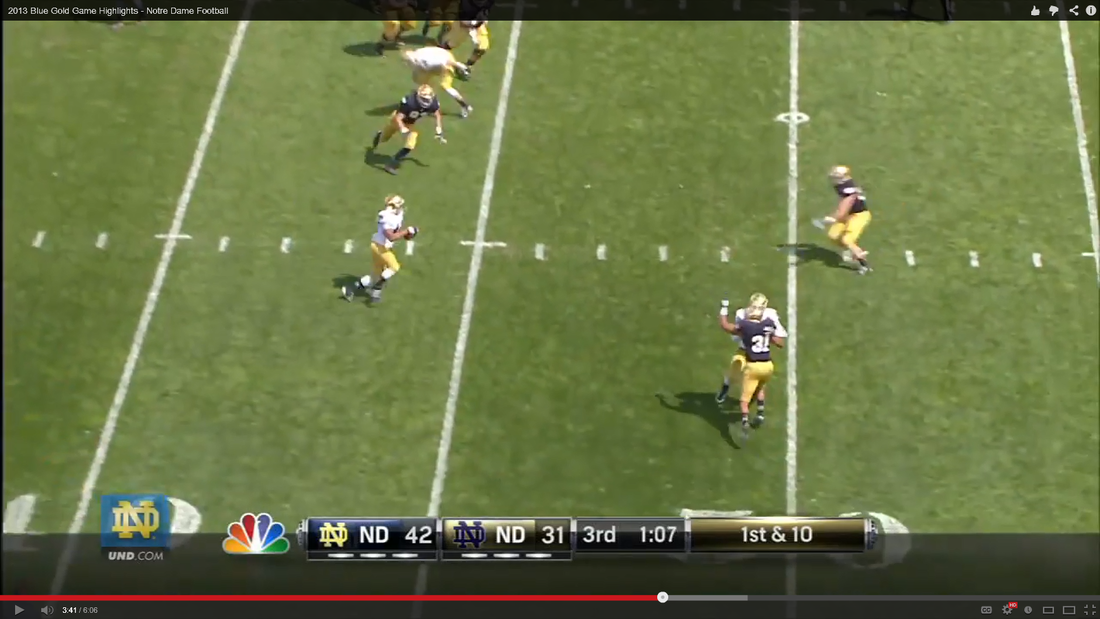 Schmidt is in the process of performing a second critical, yet counter intuitive aspect of open field tackling. He has slowed down from his initial full sprint. I know what you're thinking, why is he slowing down? Isn't the goal to get to the ball carrier as fast as possible? That is the goal, however, if the defender comes in at full speed he is unable to make quick lateral adjustments. A good ball carrier will make a sprinting defender look foolish by taking advantage of his inability to change directions. Think Zeke Motta in the national championship game. By slowing down Schmidt has put himself in a good position to react to any move by the ball carrier. 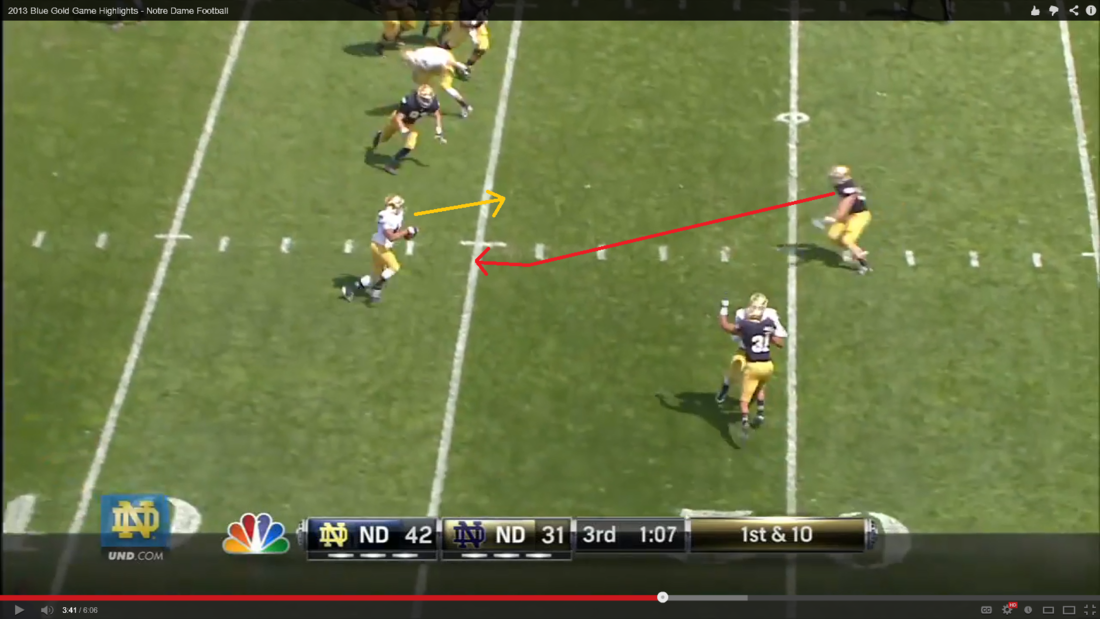 This is another critical juncture where players tend to make mistakes in open field tackling. In their zest to make a tackle, defenders often over pursue plays on the perimeter. They take an angle similar to the one shown by the red arrow. This leaves them vulnerable to a cutback move. 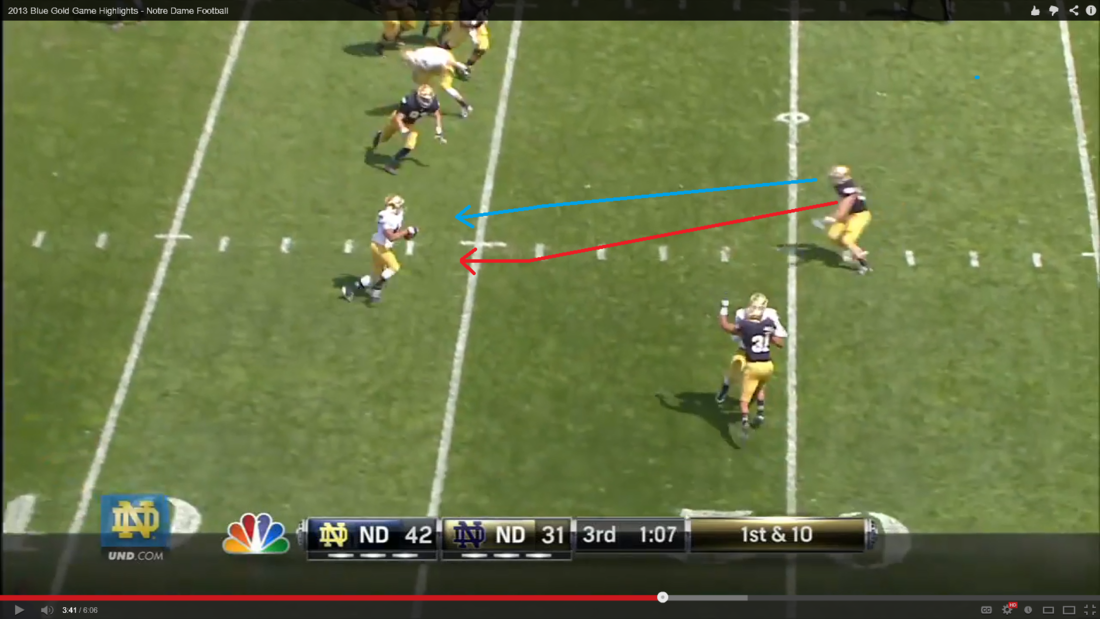 The blue arrow shows the proper angle. Schmidt has to pursue from the inside to the outside. By doing this he eliminates the cutback option. This makes the ball carrier's path predictable, which makes it easier to make a tackle. 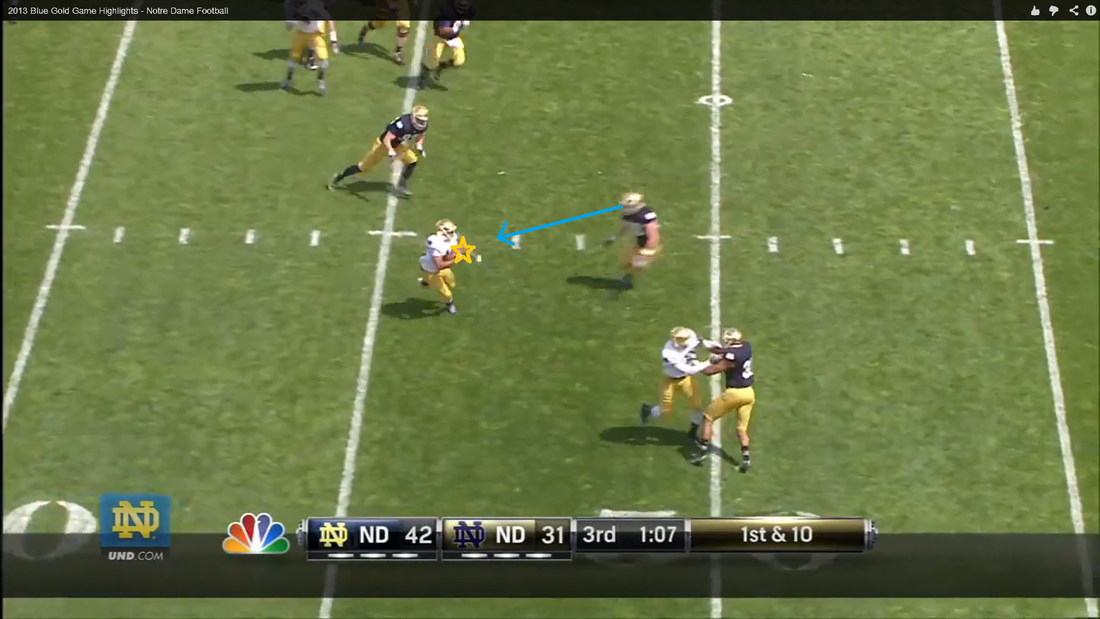 Schmidt is taking a good angle and is looking to make contact roughly where the star is. 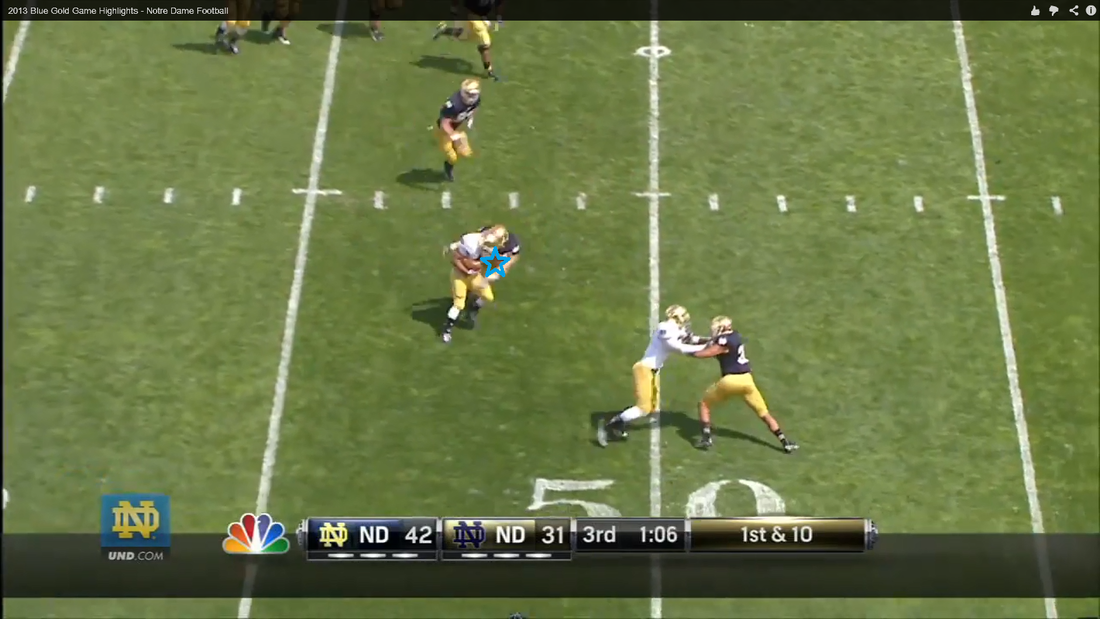 A solid open field tackle. About the only aspect to critique would be that Schmidt doesn't get his head completely out front of the ball carrier. In a perfect world his head would be approximately where the blue star is.

In this play Joe Schmidt shows us a number of the key elements in a good open field tackle. He sprints to close the distance. He throttles down so he can react to a lateral move. He takes an angle that limits the ball carriers' options. He keeps his feet moving throughout the play. He wraps up to finish the tackle.