How choosing the right cheeseburger during the bye week can influence our ranking.

Share All sharing options for: Football Food: The Cheeseburger Edition

On a fall day very much like today back in 2006, Charlie Weis, while discussing Notre Dame's drop in the polls despite winning their game against UCLA, infamously quipped "another team that jumped us wasn't even playing. They were home eating cheeseburgers and they end up jumping us. That befuddles me." Coach Weis of course was talking about Florida's ability to move up in the rankings during their bye week while the Irish actually played football and won. With this, the cat was apparently out of the bag: coaches were ranking teams not only by observing their performance on the field and by reading the scores in the paper on Sunday, but they were also taking into account the style and quality of the cheeseburgers the teams were eating during their bye weeks. 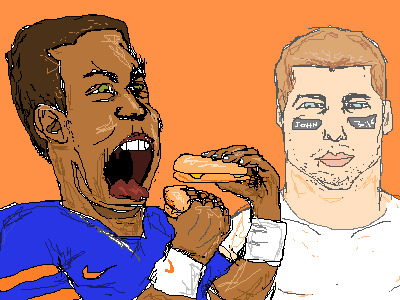 Chris Leak crushes two McDonald's single cheeseburgers in front of a hungry Tim Tebow. The Gators would go on to win the National Championship.

Consider Week 6 of 2011: Stanford, after convincingly handling the Colorado Buffaloes 48-7, witnessed Wisconsin cruise through a bye and jump ahead to swipe their spot at #4 in the Coaches Poll. What kind of cheeseburgers do you have to eat to leapfrog the #4 team in the country that just beat their opponent by 40 points? It's highly likely that there were deep-fried Wisconsin cheddar cheese curds on those burgers. And bacon, obviously. 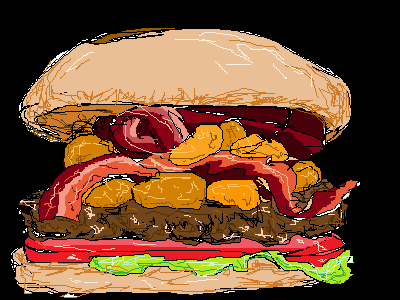 Artist's depiction of the theoretical bacon and deep fried cheddar curd burger Wisconsin probably ate during their bye week in 2011. The Badgers would go on to win a Big 10 Championship.

Notre Dame hasn't been immune to moving up the ranks during a bye week either. Last year the Irish entered Week 5 ranked outside of the top 10 in the Coaches Poll. A few CJ's Golden Domer burgers later, they cracked the top 10. In fairness, this leap can be attributed partly to #9 Stanford's loss to an unranked Washington that week, but the 20 ounces of beef a Golden Domer carries between its buns was probably the major driving force in the minds of the coaches. 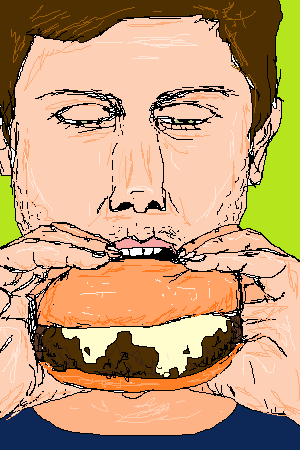 Notre Dame Tight End Tyler Eifert sizes up a "Golden Domer" from CJ's Pub during Week 5. The Irish went undefeated in the regular season that year.

Earlier this year, Notre Dame saw their come-from-behind win over Purdue take a back seat to whatever cheeseburgers the Baylor Bears were eating down in Waco. The tastiness of the Bears' burgers was so fierce that they climbed from 22 to 19 while the unimpressive win for the Irish kept them stagnant at 21. I'd speculate that there was pepper jack involved, maybe some crispy shoestring onions and BBQ sauce, and perhaps a drive to Austin to pick the burgers up.  It's worth noting that during Baylor's second bye week this season they jumped from #18 to #15. That's just ridiculously impressive cheeseburger eating. You have to think they incorporated fried eggs, maybe some jalapeños, and more than likely smoked brisket as toppings, and then they probably hung 70 on those burgers for good measure. With two cheeseburger weeks already under their belts, the Bears are legit contenders this year. 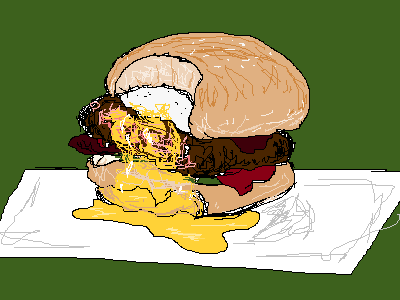 This week, Notre Dame has the rare opportunity to go from unranked to ranked during the bye week. Therefore, it's absolutely critical that we eat cheeseburgers with quality ingredients prepared skillfully by people who care. Successful cheeseburgers are more about theory rather than following any one specific recipe, and as such I'll offer up three simple guidelines for ensuring the perfect burger:

1. 80/20 beef is your friend. Definitely going to need some fat content in those patties.

2. Disturb the patty as little as possible when forming it. I like to shape it in the palm of my hands by gently patting it into a spherical mass before flattening it out into a patty shape. Finally I indent the middle with my thumbs to keep it from inflating into a burger ball while it's cooking.

3. Flip once. Get a good hard sear on one side of the burger, flip it, finish cooking it to your liking, take it off, let it rest, and you're done.

Those are the basics. From there everyone no doubt will have their own input ranging from the blend of cut, the coarseness of the grind, the type of bread, the type of cheese, whether or not to use Worcestershire sauce during the formation of the patty, whether or not to cook it on a grill or in a skillet, and so on and so forth. Me? I'll be inviting myself over to my buddy Dave's house where the burgers are smoky and the cheese is stinky. 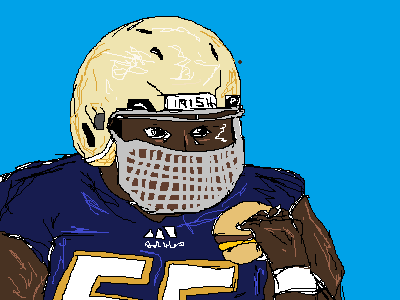 Prince Shembo likes to eat his cheeseburgers with his helmet on.