A Critique of the New 2012 Shamrock Series Notre Dame Uniform

Share All sharing options for: A Critique of the New 2012 Shamrock Series Notre Dame Uniform

Hence the term alternate---meaning different, not the same, something new.

That's the lens through which I look at these type of uniforms, particularly ones that will see the light of day for a few hours on a Saturday, and then disappear forever---never to be seen again.

Remember, this is supposed to be fun. When something doesn't "look like it supposed to" that's kind of the point. "Supposed to" is for regular uniforms.

And these are not regular uniforms.

Full critique coming after the jump. 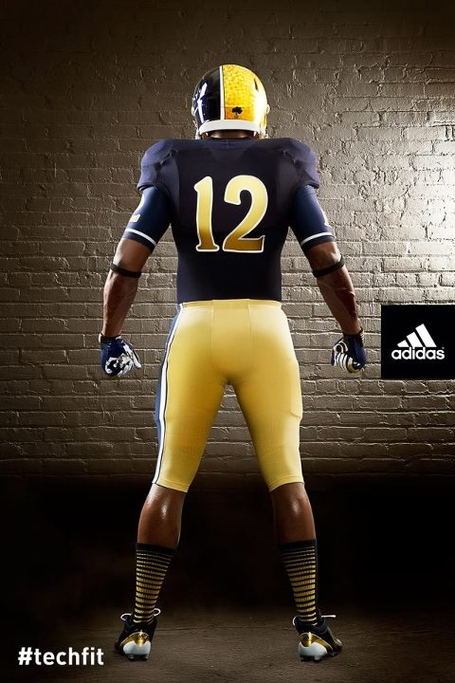 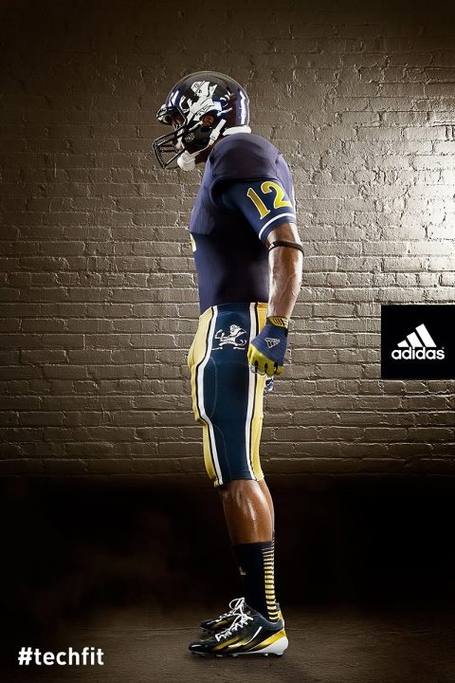 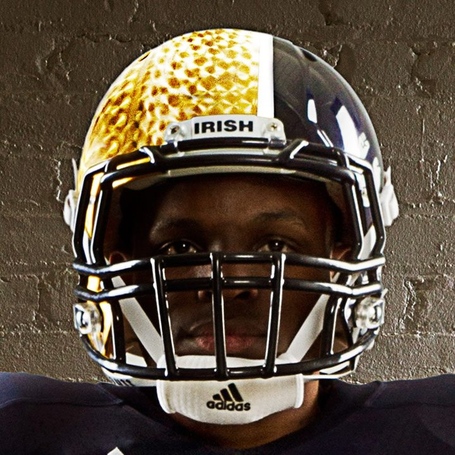 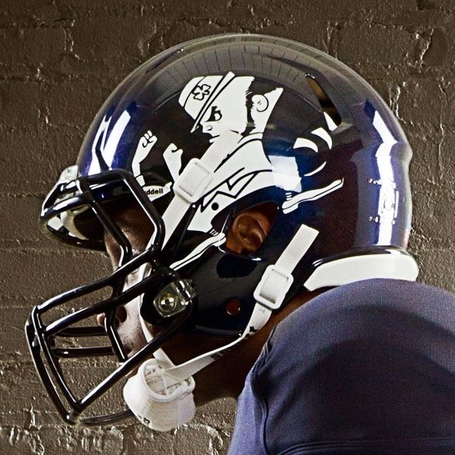 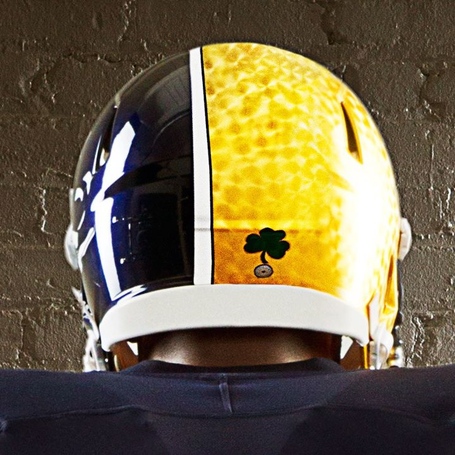 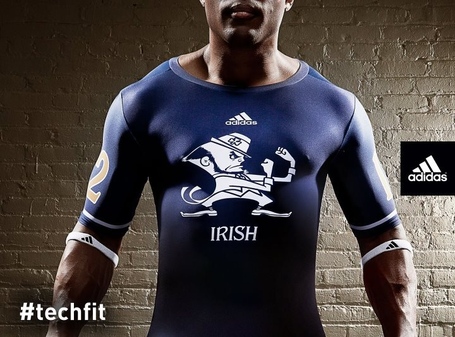 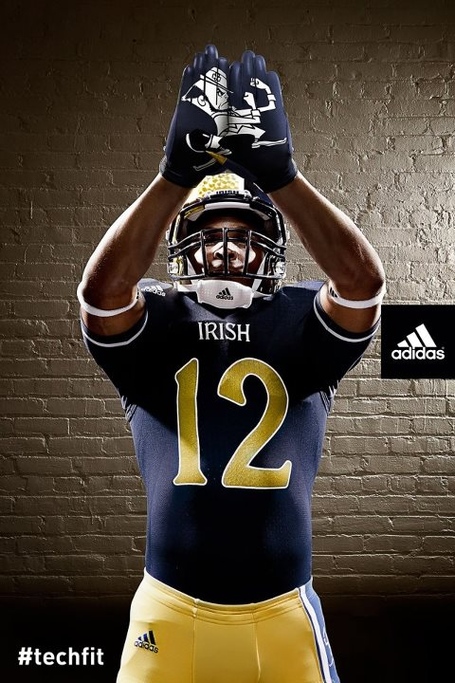 I'll start from the ground up.

There's the blue and gold Adizero Smoke cleats that the team has had since the Champs Sports Bowl. We've seen players in practice using white laces and it looks like that was probably for this alternate uniform. Nothing of note there really.

The socks---same ones that were unveiled with the Nebraska and Wisconsin alternates. It's always boring when corporate stuff like that is rolled out to different teams. The tiny little stripes don't fit in with the rest of the uniform, but that's what happens when Adidas mass manufactures stuff for different programs with no thought of the overall design of each uniform.

The pants---It looks like the design is playing off of some weird asymmetric concept with no stripes on the right side but a huge one on the left, the latter I'm guessing is supposed to line up with the helmet.

The gold color on the pants seems fine, but the extremely wide stripe---which widens at the point where the thigh pads are placed---looks damn goofy. Thinning the striping pattern, and placing it on both sides would have made the pants much better.

The jersey---Easily the best part of the whole design. I'm not crazy about gold numbers but it looks sharp here. I'm a little surprised there's nothing on the shoulders or shoulder sleeve. With this type of uniform maybe less is more, but from the side view the jersey looks awfully plain. Plus, without the undersleeve the jerseys that sell in stores are going to be bare.

I've got nothing bad to say with the undersleeves. It's a great new uniform concept that makes up for the lack of room on the shoulder sleeves with modern jerseys.

Just a bad, bad, bad, and poorly executed idea. The 60-40 color is a dumb idea and looks ridiculous. I thought a white helmet with a gold leaf Dome logo would look good, but not this all-white Leprechaun.

It was also silly to put the leprechaun on the left side of the helmet, making face the way he's never depicted on merchandise. Not a big deal if it's on both sides, but why choose the left?

Honestly, if I'm Notre Dame, I'd drop this helmet and just wear the regular gold helmets that were introduced last year. It would make what is a poor effort much more manageable.

The good thing, these do look SOMEWHAT better live on the players 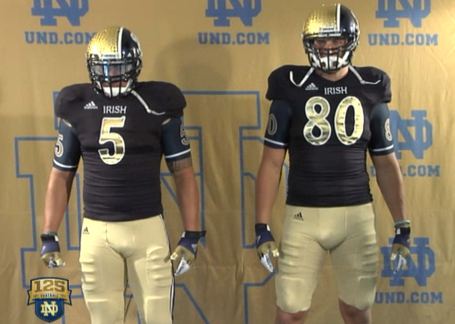 .That is making me warm up to the design. Put the new gold helmet on this and it will look respectable. There looked to be a bunch of different shades of blue in the promo picks, but the live look makes everything look a lot more uniform.

The difference in the look from the promotional shots to the live photo brought this from pretty much awful to a semblance of respectability.

Overall, a pretty poor effort in my opinion. Not quite an epic failure but that helmet is trying its best to sabotage everything.