Share All sharing options for: The week in news- Key Limes, Turf Wars and Irish Stars 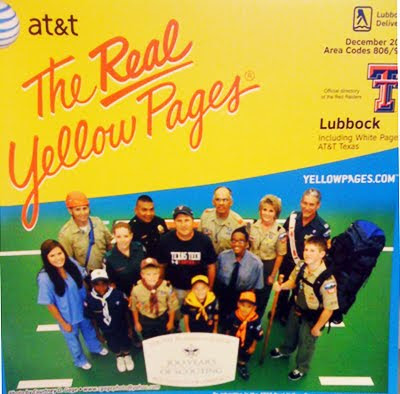 I generally do this post at the end of the week but I got busy with things like shoveling snow so I let it ride until today. I halfway considered just blowing it off entirely but I did see a few things in the last week I wanted to comment on before the madness that is signing day is upon us Wednesday. With that here's a rapid fire version.

Apparently Craig James actually insinuated that he would sue Texas Tech back on December 20th if they didn't investigate then Head Coach Mike Leach. As far as I'm concerned James is now officially the most out of control helicopter dad of all time. One more shining bullet on his resume'. As for Leach he has decided to hang out in Key West for the year while he waits for the verdict of his ongoing lawsuit against his former employer. Someone needs to mic Leach up and follow him around for Fantasy Fest. There has to be a few hours of solid entertainment in that idea. I still think Leach ultimately got hosed by a spoiled kid and his helicopter dad but it is what it is. He'll turn back up in a year or two hanging serious points on people in the Sun Belt or some other such non-BCS conference. In the mean time Lubbockites can remember both Leach and his attorney fondly as they grace the front and back cover of the new Lubbock phone book. I wonder if Tuberville ripped the covers off of his?
It looks like Eastern Washington is going to try and one up the Smurf Turf at Boise State by laying down a red version. Dr. Saturday has the details. If nothing else they have succeeded at one thing. People outside the state of Washington now know that they have a football team. It does make me wonder if this will spark a turf war? Will Oregon counter with an alternating Green and Yellow pattern? Will Syracuse say hell with it and throw down Orange turf in the Carrier Dome? How long until the NCAA makes some rule about acceptable colors? Probably not very long just in case.
Phil Steele has already compiled a projected list of returning starters for the 2010 season. Good stuff for anyone that is ready to start pondering the 2010 outlook for their respective team.
My hero Lane Kiffin apparently took his shadiness to a new level when he bolted out of Knoxville. Shocking I know. Included in the list of people that got zero heads up was Kiffin's brother-in-law David Reaves who also happened to be the Vols QB coach. That won't make for any awkward family moments.
They don't waste any time in Tuscaloosa. The Nick Saban statue is expected to be on display outside Bryant-Denny Stadium for the spring game. I wonder if Saban will dedicate it to Colt McCoy's shoulder?
The BCS is back in discussions on Capitol Hill. I fully realize that it a plus one or some other form of a playoff is likely inevitable but I have to say that it really drives me nuts every time I see this come up inside the Beltway. When all the troops come home, the economy is strong and we all get nice and bored then by all means tackle the BCS. Until then can't we just focus on the gators closest to the boat?
Starting in 2010 the Paul Hornung Award will go to the most versatile player in the nation. Cool.
It looks like Notre Dame will play Maryland at FedEx Field in 2011. I like that as an off site game. It is much better than the previously reported 2011 contest against Army in Orlando. Of course it couldn't happen this year when I'm actually living in the D.C. area. Figures.
Former Notre Dame assistants Bernie Parmalee and Corwin Brown have found new employment in the NFL. Parmalee will be joining Charlie Weis in Kansas City where he will coach Tight Ends and Corwin Brown will be taking over coaching the secondary in New England. ISD has the details. Of all the Weis assistants I actually feel the worst for Corwin Brown. He was a hell of a recruiter and I will probably always wonder what might have been if Tenuta had never been hired and Corwin had the chance to run the defense his way those three years. Hard to say, but in hindsight I would definitely have liked to see him get the chance. I have to say I was nervous he might end up at Florida or Stanford where he would recruit against ND but I won't be at all surprised if he turns back up in the college ranks down the road. I'll keep an eye on him
Outside of that the only other real "news" is the standard last minute hand wringing that goes on just prior to signing day. It has been especially grueling as an ND fan the last few weeks. After picking up a couple of project type commitments that are short on recruiting service stars many on the ND message boards are expressing some concern. There are still a handful of quality players that might choose the Irish on Wednesday and before the faxes are in a few more surprises may be in store. I'll wait until the dust settles before gettin
g too worked up about it either way. The horrible truth is we don't really know exactly what Coach Kelly is thinking at this point and it might be a while before we do. We know he has some numbers to juggle (one post below) and a new offensive and defensive system to install. His signing day presser on Wednesday afternoon could give us the first chunk of insight that we are looking for, and the depth chart could look a lot different than we expect it to by the end of the spring. Regardless if the Irish win next season most everything else, to include recruiting, should fall into place. I feel a little better about the coaching change every day and if nothing else I'm just glad that the program has a chance for a fresh start. Worrying about whether or not the current coach is going to keep his job wore me out, and for now I'm happy that is over.