The week in news- Tough Guys, Walmart and the Coaching Shuffle

Share All sharing options for: The week in news- Tough Guys, Walmart and the Coaching Shuffle 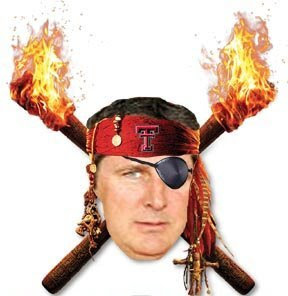 The season ended almost exactly 24 hours ago and already there are plenty of developments to hit up in a rapid fire news session. No time like the present to revive the week in news posts.

Apparently Jimmy Clausen is even tougher than I previously thought. The "turf toe" he played with for 9 ½ games turned out to be torn ligaments. Clausen had surgery on Tuesday morning.

On the tough guy note I have to mention that I still feel bad for Colt McCoy after watching him get knocked out of the title game last night. What a terrible way for a fantastic 5 year career to come to an end. A tip of the hat to McCoy, the rest of his team and Texas fans. Tough break. I’m thinking that game turns out a little different if McCoy was out there.

To celebrate their good fortune Alabama will have their trophy available at two different Walmart locations this weekend so the Tide fan base has an opportunity to come see it and even take some pictures. I would pay money to people watch that line. I need to send my man Dimes over there to get some video. He’s living in exile in Alabama right now and it is killing him.

Everything about the soap opera surrounding Mike Leach being fired by Texas Tech is riddled with controversy. As a result this one is far from over. Prior to being a football coach Leach was a lawyer and it would appear that the Pirate will not be taking this one lying down. His lawyers are filing lawsuits against the university at the cyclic rate. The good old boys that run the Tech athletic department should know by now that you can’t burn the Pirate the Pirate burns you. Tech will pay. As a side note a journalism professor called out both ESPN and their employee Craig James for their roles in the Leach soap opera. Nice. Intel says there is a lynch mob forming up in front of the Midnight Rodeo in Lubbock as I type this. I’m thinking the younger James is going to have to transfer.

In another wild case South Florida coach Jim Leavitt was dismissed this morning following an investigation into his roughing up of a player. Leavitt continues to maintain his innocence but the reports fall somewhere between motivational contact and assault. In the wake of Mangino, Leach & Leavitt I have to wonder what kind of precedent is being set here. Is this the tip of the iceberg for a rash of disgruntled players across the country to claim mistreatment in an effort to get their coach fired? There is a fine line between being a hard ass and going too far but that line just got even finer. One more thing for coaches to worry about.

Pete Carroll is yet again rumored to be flirting with the NFL. This one sounds a little different than the last few times and a handful of USC Juniors have declared for the NFL draft in the last few days. It makes one wonder if the NCAA is finally zeroing in on the Trojans. Rats off a ship? If Carroll jumps to Seattle the ripple effect will be interesting to watch.

Another coach who is definitely NFL bound is former Notre Dame front man Charlie Weis. As expected he will be returning to the league as an offensive coordinator and it appears that the Kansas City Chiefs will be on the receiving end of his services. Best of luck Coach.

Weis’ replacement Brian Kelly has been hard at work nailing down his staff and announced a handful of assistants in the last few days. Kelly announced both coordinators and three other position coaches. All have immediately gone to work nailing down the current recruiting class. They join lone Weis holdover and Running Backs coach Tony Alford. The rest of the staff should be officially announced in the next few days.